It’s America’s birthday, but I am not celebrating 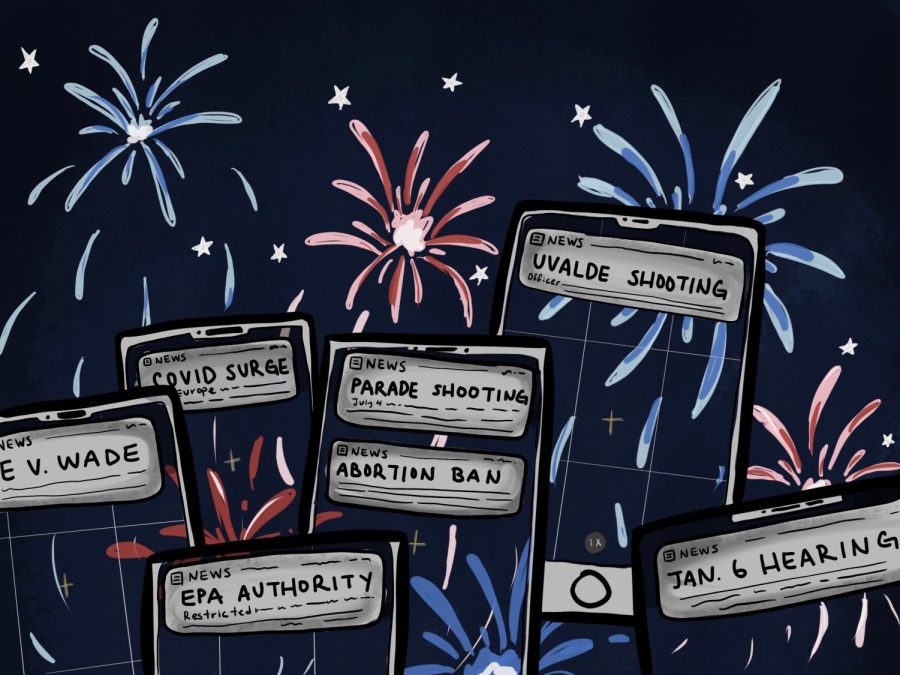 With the state of the country right now, I cannot bring myself to celebrate the Fourth of July this year. This year should serve as an opportunity to reflect.

When I was 3 years old, my parents, younger brother and I immigrated to the Midwest of the United States. My family is originally from Brazil, we moved to Canada shortly after I was born and now we were venturing off to a new life in the U.S. We were moving for my dad’s new job opportunity, a typical American Dream narrative. Even though I was young, I remember being so excited to move to the land of the free and home of the brave. We did our best to fit it: my parents perfected their English, we ate American food and we celebrated the most American holiday of them all, Fourth of July. Whether it was going out to watch fireworks light up the night sky or visiting a friend’s house for a cookout filled with hotdogs and burgers, my family would find some way to show our appreciation for the country that has done so much for us. However, this year was different. While I am still grateful for this country, I cannot bring myself to celebrate this day.

Every time I open my news app, I continue to find myself disappointed and simply distraught. We have had an unacceptable amount of mass shootings — the most recent only having been mere hours ago killing six people—, we have seen racial minorities continue to be targets of police brutality and we have had our fundamental human rights be stripped away on a daily basis. This is not the America I dreamed of when I first learned I was moving here. This country was founded on the principle of equality and freedom for all, but that is not what I see, and it breaks my heart. It breaks my heart to see the country that has given me so much take such a huge step backwards in its progression.

I am an immigrant. I am a woman. I am a member of the LGBTQ+ community. And I live in fear that because of those pillars of my identity, I will be the target of more unjust laws and regulations. So this Fourth of July, I have nothing to celebrate, but I have a lot to reflect on. This is a time to reflect where the United States has been and what direction it’s going in. And I truly hope for the sake of all Americans citizens and residents we can turn the state of the country around very soon.