Dr. West listens to the daffodils 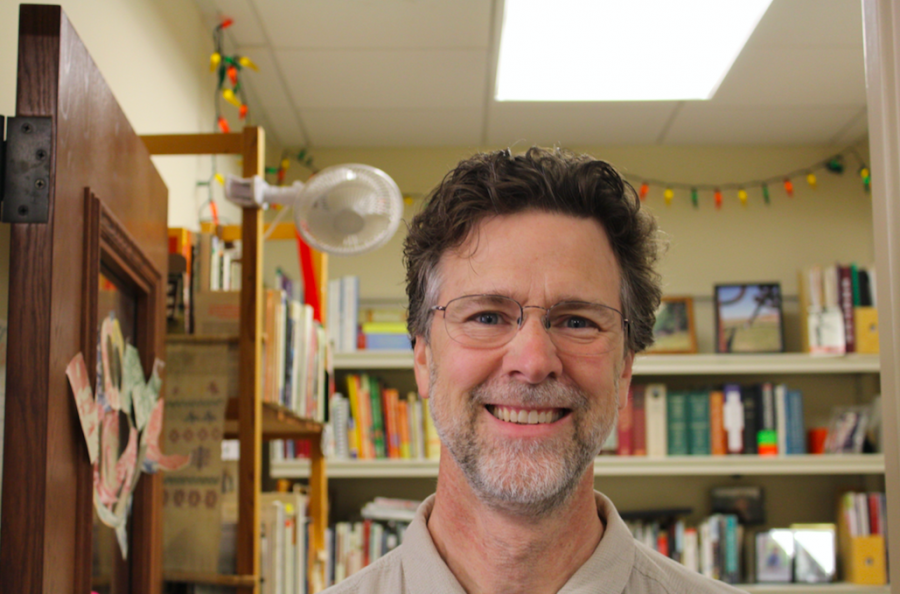 How did an engineering student become an English teacher? Surprisingly, Dr. West was actually always a lover of math and science. West went to college to become an engineer but found himself enjoying his English electives more than his math and science courses. In high school most of his exposure to literature was through fantasy novels, so he didn’t expect to suddenly love classic works like Ulysses. It wasn’t until March of his freshman year, though, that West realized that engineering was the wrong path for him. He said: “In March, one of the fraternities was selling daffodils to raise money for lung disease and, liking flowers, I bought a daffodil and put it in my buttonhole. Everyone else on campus had daffodils, and it was kind of a gray Ithaca day, but these bright daffodils were brightening everything up. I got to my engineering calculus class, and it’s like a lecture of 300 people, and nobody in that room had a daffodil. I thought, ‘these are not my people.”

West has been teaching English at Masters for the last 15 years, and it might surprise his students to learn that even after deciding to pursue English, he wasn’t immediately set on teaching. In high school, West had taken career aptitude tests, and all of his top matches were “careers where you don’t deal with people.” His lowest matches were things like nurse, social worker, and even teacher. But, as West says, “people change.” And indeed, West wants to encourage students to question their assumptions and be open to change.

His favorite thing about Masters is, “the culture of the school, the way students treat each other. The way they are engaged in genuine ways with learning, not just performing for grades, but pursuing things out of genuine interest.” In terms of challenges, West says for him, teaching around Harkness means, “Shutting up.” For students, he says he wants to encourage more listening because, “those who talk a lot would benefit from listening more, and those who listen a lot would benefit by having their listening credited, and those who tune out should listen more.”

Finally, West offered advice for graduating seniors: “Don’t let fear stop you. Take risks. What feels like it’s scary now, you’ll look back on it and say, I should have done that. Especially in terms of romantic relationships. Don’t be shy. The worst that can happen is someone says ‘no.’”