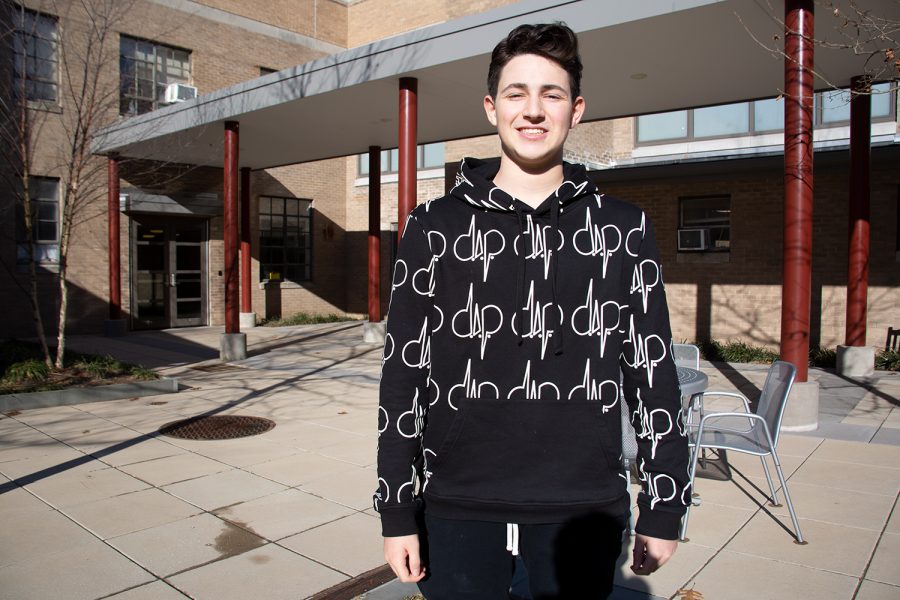 Since the age of six, sophomore Aidan Friedson has been fascinated by the idea of business and the prospect of making money, and has found numerous ways of taking his passions and applying them to business.

Friedson is a two-time champion of the TV Show Chopped Junior, and from a young age, Friedson started to use his talents in the kitchen to gain experience in business. “When I was younger, I would go to family friends’ houses and cook full five-course meals, and they would pay me for my services,” Friedson said. This was one of multiple ways Friedson used his cooking skills to benefit himself financially. Friedson continued, “I also did a candy bar called Seven Heaven. It was a family recipe passed from my uncle and his uncle and I would sell it at a local grocery store.” Not only that, but Friedson has also sold a home-made product called “Kake Kones” for profit, which consists of  a cake baked into an ice cream cone.

His mother, Susan Kaplan, believes that Friedson’s knack for entrepreneurship started when he was only in second grade. “He decided he was going to go through his bedroom and all the toys which he didn’t play with anymore he was going to sell in Central Park,” she said.

Now, Friedson is taking his love for business to the fashion world. He began reselling clothes around the age of 12, and is now starting his own clothing brand: Daffodils in Paradise. Friedson dropped his first line of t-shirts on Nov. 25 and recently released his hoodie on Jan. 3. While Friedson is taking his brand incredibly seriously, he is also using the opportunity to learn the ins and outs of the fashion business, and learn how the clothing business really works.

“I had to learn about the crazy little details which no one looks at when buying a pair of clothes. For instance with just a regular hoodie with screen print on it, the designer had to decide exactly where that print would go on the hoodie, the exact dimensions of the hoodie, what screen print would go on it, what texture would go on it and slight color variations; it’s crazy how much work goes into designing a pair of clothes, and what goes behind crazy fashion pieces,” Friedson said.