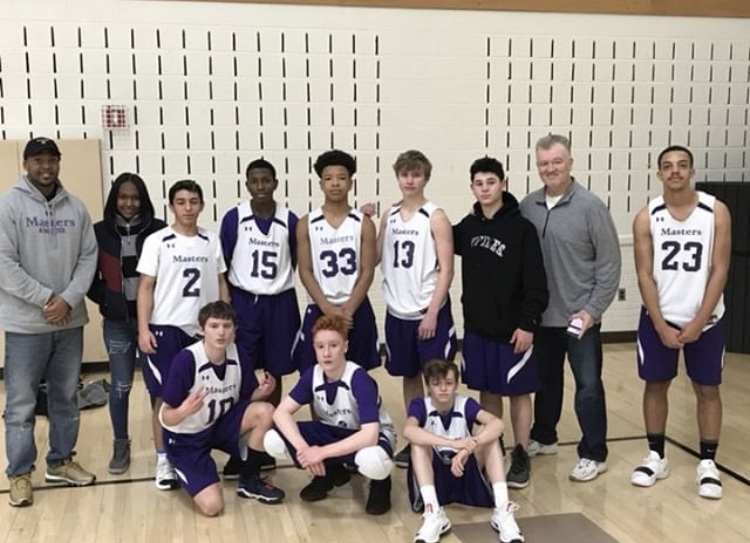 If one were to describe the Masters JV1 basketball team in one word, it would without a doubt be resilient. Having to deal with the loss of sophomores Tim Mathas, Dillon Graham and Grayam Church, and senior Fritz Pingel, who moved up to the varsity squad, was no easy task.

The team was replaced with an almost entirely new cast of players, save for sophomore Justin Small, and Junior Mikkel Reid, who were both captains on this year’s team. This turnover clearly had an affect on the Panthers, who had an abysmal start to the season, starting the year on a four game losing streak.

However, as it turned out, all Masters needed was time — enough of it for the team to gel, and gain its chemistry. The Panthers secured their first victory in an FAA contest with Hopkins, and their games continued to become more competitive as the season rolled along. Sophomore Andrew Hack said, “Around that point [the Hopkins game] is when our team chemistry really started to pick up. We had started out the season with upwards of 15 people on the team, and by that point we only had about 10 on the roster. With that smaller unit, we were all much closer, and were a tight knit unit, which allowed us to win more games.”

The Panthers were able to take that newfound chemistry to the FAA playoffs at Greens Farms Academy, where they were seeded eighth out of eight teams in the tournament. Masters shocked many when they won their first game. Then, after dropping their next two games, to the team’s surprise, they qualified for a tiebreaker game against Brunswick for third place. Brunswick was a team which the Panthers had struggled against earlier in the year, as Masters was routed by the Bruins in their last meeting; however, Masters was able to win the game in overtime, thanks to strong performances by Hack and freshman Chris Barnaby.

“It was huge for us, huge for our team, probably the best moment of the season. We came to that tournament expecting close to nothing, and we ended up earning third place out of eight teams.” Hack said. It was certainly an impressive end to the season.