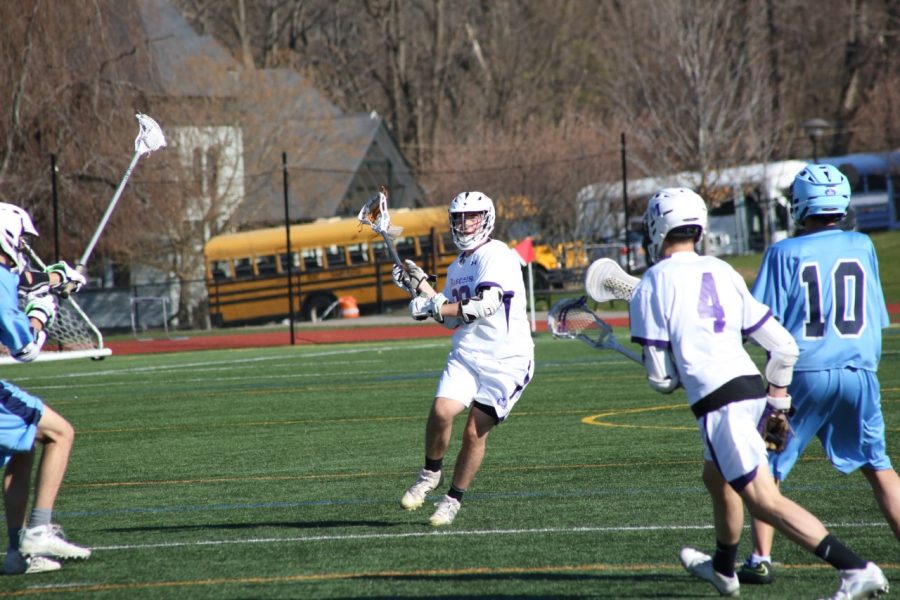 Entering the 2019 season, the Boys Varsity Lacrosse Team is continuing to work hard during practices in hopes of making it to the NYSAIS championships. With 3 fewer players this year due to injuries, the team has their work cut out for them. Because there are fewer players, there are fewer subs during games, so there is little rotation in which players are on the field. As of 4/18, the team had a 0-2 record. According to Junior Mikkel Reid, the coaches have suggested that players try to rest when they’re not in practice, and ice as much as possible to avoid injuries. During practices early in the season, the team worked on improving defense as well as set offense.

In a game attended by many fans on Tuesday, 4/23, Masters beat Columbia Prep 14-3. Sophomore Charlie Coleman had five goals, Seniors Ben McGowan and Aden Khurana, as well as Freshman Owen Higgens, had two goals each, and Junior Joshua Gitlin and Senior Shawn Farhadian each had one goal. Though they lost 10-11 to Stony Brook on Thursday, the team now has new momentum for the season.