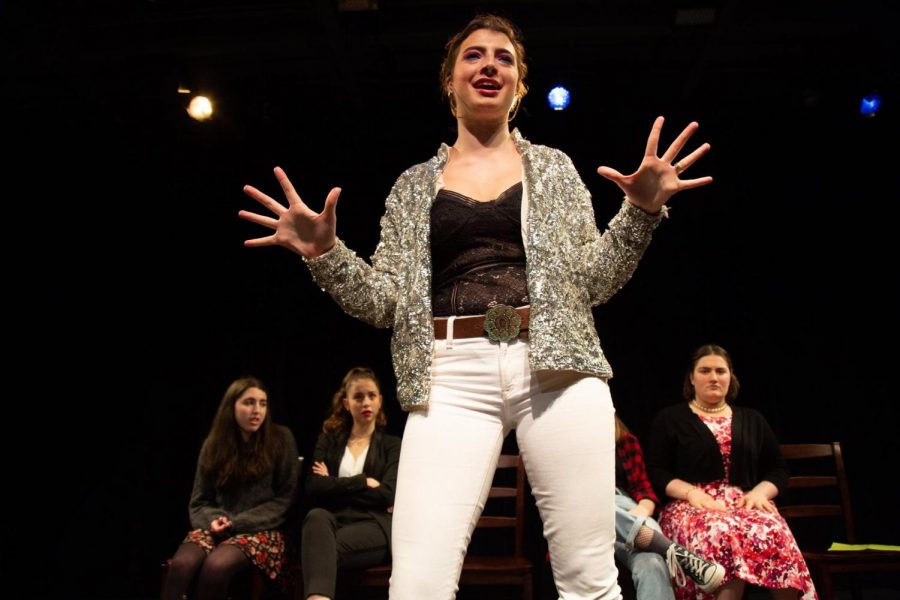 A cast of theater veterans and first-time actors alike presented the annual Spring Shorts in the experimental theater this past weekend, with one show on Fri. May 3, and two on Sat., May 4.

Borowiec, a junior and member of Phoenix, co-directed a show he wrote about a director who accidentally casts the world’s “worst” actress in his show, thinking she is a celebrity. “I was in the Spring Shorts last year as a cast member, and it was one of my favorite shows of the year because there’s an independence about it that doesn’t really exist for any other production,” Borowiec said. “It’s been really rewarding to be on the other side of it as a director. Instead of the show just happening around you, you get to control it, which is really cool.”