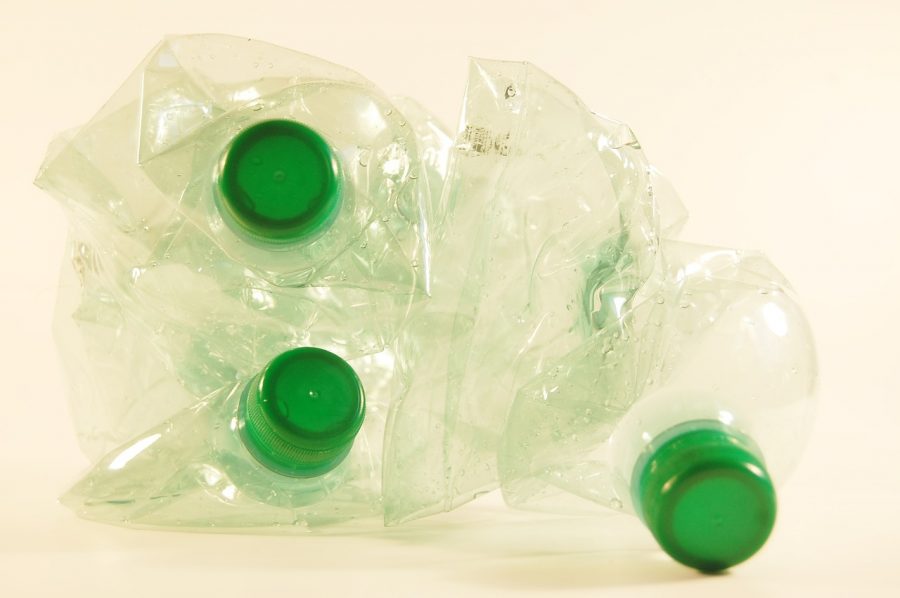 “But it’s recyclable!” is a phrase I hear my peers say nearly every day to justify a purchase of a single-use-plastic item. Indeed, plastic recycling is often perceived as a panacea for waste and pollution, but it is not that simple. If it’s recyclable, what’s the problem?

We often don’t realize how many resources it takes to produce plastic items. For example, most plastic bottles are made of polyethylene terephthalate (PET) which

is derived out of crude oil and natural gas, meaning fossil fuels. Pacific Institute, an American non-profit research institution, states that it took an equivalent of 17 million barrels of oil just to make the plastic bottles for bottled water consumption in the U.S. in 2006.

The recycling industry is not fully sustainable either. There aren’t enough recycling facilities in the U.S. to deal with all of the country’s output, so most of it gets shipped overseas (more than 70 percent, according to The Guardian). Buying recycling has been a way for developing countries, mainly China, to make money, but since 2018 even China decided to stop accepting “foreign garbage” as part of the program aimed to reduce its carbon footprint. So in order for a plastic bottle to get reincarnated into a rug, a sweater, or a new bottle, it has to be transported to a new location, requiring even more fossil fuel consumption. Of course, even such complex system works better than sending plastic directly to landfill where it will take 500 years to decompose.

Plastic is not endlessly recyclable. As opposed to glass, steel and aluminum, materials like paper and plastic can only be recycled a finite number of times, seven to nine and five to six respectively. Plastic is made out of long hydrocarbon chains that eventually get shorter and break after going through recycling, so the quality deteriorates over time. Because of that, most companies practice adding new plastic to the mix to prevent the degrading of its quality, so recycling industry paradoxically creates demand for new plastic.

The ugly truth is that there isn’t really a way to check where your plastic went after going into the bin. National Geographic reports that 91 percent of plastic never gets recycled and ends up in landfills. And not surprisingly, the regulations on recycling are pretty loose; only twenty-two states have a minimum of one recycling law set in place.

Recycling makes us feel feel like saviors of the environment and it does in fact have a potential of becoming a solution for most of the waste currently sent to landfills. But keeping in mind the industry that we have in operation today, sometimes it’s better to take a step back and acknowledge that it’s not the ultimate way out yet.