Con: Discussing the merits and issues of gender-separate classes 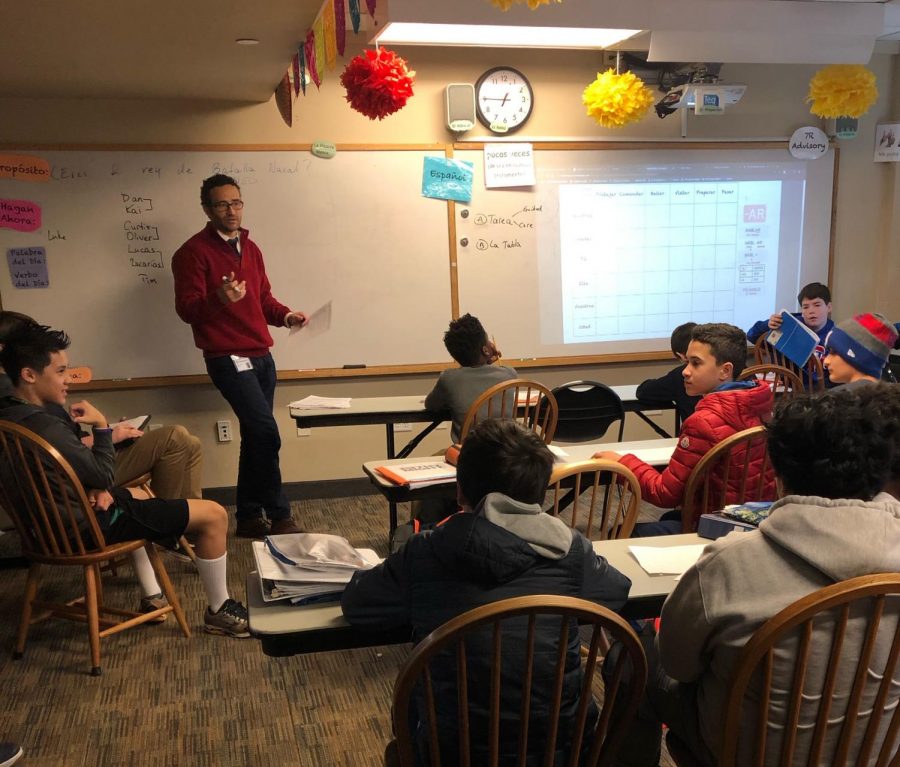 When the Masters middle school first implemented its policy of gender-separated classes from sixth to eighth grade in the 1990s, it was a result of research showing how boys and girls – especially during the middle school years – learn more successfully when taught separately.

However, in the last two decades, a widespread understanding of the complexity of gender has become increasingly important in an array of social settings. Nowadays, gender is more than simply differentiating between male and female. It’s time for the middle school to change accordingly.

In the middle school, nearly all classes are single-sex, meaning that, barring a few exceptions (like language classes), a boy in sixth through eighth grade would not have any classes with a girl, and vice versa.

Within the last few years, Masters has made significant changes to accomodate non-binary students, including gender-neutral elections and gender-neutral restrooms in the upper school. These policies were specifically developed to make Masters a safer space for gender non conforming members of the community. However, the middle school has made no changes in their gender-separated classes policy, even given the progressive changes across campus.

This means that, should a non-binary student enroll in the middle school, they would be forced to choose between all-male classes and all-female classes, regardless of where they fall on the gender spectrum.

Masters’ official statement of inclusion says, “The Masters School prides itself on being a diverse, inclusive community that honors and understands the uniqueness of each individual, allowing their perspectives to be valued and their needs to be understood.” The needs of each community member cannot be valued when a potential middle school student is forced into choosing between two genders, even if their identity is more complex.

This illuminates an issue that is beyond the discussion between co-ed or single-sex classes. Instead, it uncovers a problem that questions the philosophy that Masters is open to all, regardless of a community member’s identity.

Violating that philosophy of inclusion is unacceptable.

The merits of a single-sex class system are clear, and they are valid. For many, the single-sex learning experience in the middle school is helpful, but even the research supporting single-sex education is not definitive. The 1998 study, Separated by Sex: A Critical Look at Single-Sex Education for Girls, by the American Association of University Women found no evidence that single-sex education is a better alternative to co-ed classes for females.

Juliet Williams, the professor of Gender Studies at UCLA, agreed, saying in an interview with The Atlantic, “What I have found is that single-sex…initiatives have been created with the best of intentions, but that they are not delivering the results”.

In addition, gender-separate classes in the Middle School creates problems regarding class size. For example, if an honors math class in eighth grade had 12 students total, that class could be run co-ed as a normally-sized math class. However, when classes become gender-separated, those 12 students would be forced into two smaller classes, possibly with classes as small as three or four students each. This is a scenario the middle school has faced before, and can create a less-than-ideal class dynamic, but it can be avoided should classes become co-ed.

The evidence for single-sex education is widely disputed, it creates a skewed class dynamic and it violates the core values of Masters by forcing non-binary students to choose a gender. The policy should be discontinued.

When it comes down to something as crucial as inclusion within our school, the line cannot be blurred. The values must be clear and the policies at the school must reflect those values. Right now, the gender-separated classes in the middle school do not reflect our principles. Classes must become co-ed if the middle school wants to maintain the integrity of the Masters promise.

This piece was part of a pro/con exploration of the gender-separated class policy in the middle school. Read the pro piece here