Masters shines under pressure in victory over Harvey 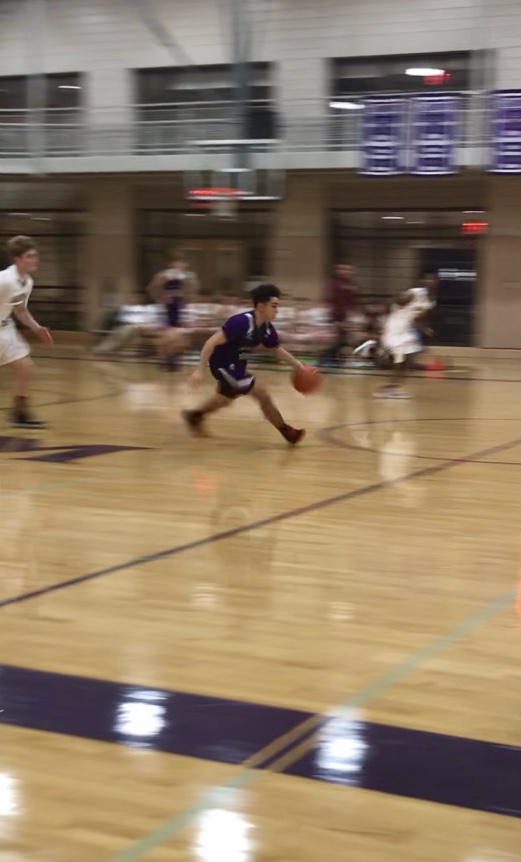 Masters’ Reggie Grodin looked down at the basketball in his hands, then up at the hoop, which stood  about 25 feet from the eighth grade point guard. With just under two minutes to go in Masters’ Jan. 10 contest against The Harvey School, he shot the ball.

Grodin’s shot, from well beyond the three-point line, gave the Panthers a two point advantage, and it sent the Fonseca Center crowd into a frenzy.

Minutes later, junior Justin Small hit a contested layup to make it a two possession game with just over 30 seconds to go. The Panther faithful erupted once again, and the team never looked back, defeating Harvey by a final score of 70-67.

Trailing 37-29 at the half, Masters needed a strong finish to the game to avoid their sixth consecutive loss. Thanks to a slew of clutch Panthers three pointers, and tight defense throughout the second half, Masters pulled out a close one.

According to Head Coach Keydron Clark, the crowd’s energy brought a key boost to the game. “It was beautiful. It was something we needed. We fed off that as a team and we were able to get the win,” he said.

The comeback victory marked the first win of the new decade for the Panthers, and the future certainly looks bright with Grodin as a focal point. Still a student at Masters Middle School, Grodin shined in front of a crowd that was chanting his name before the night was over. That only served to boost his confidence, as he seemed to take–and make–nearly every shot he could. “Coach has been telling me from day one, ‘Shoot it’. I’m used to playing at this level. I was open, and when I’m open, I’m going to shoot it,” Grodin said.

The Panthers will look to continue their winning ways on Thursday, Jan. 16, when they visit Suffern High School.