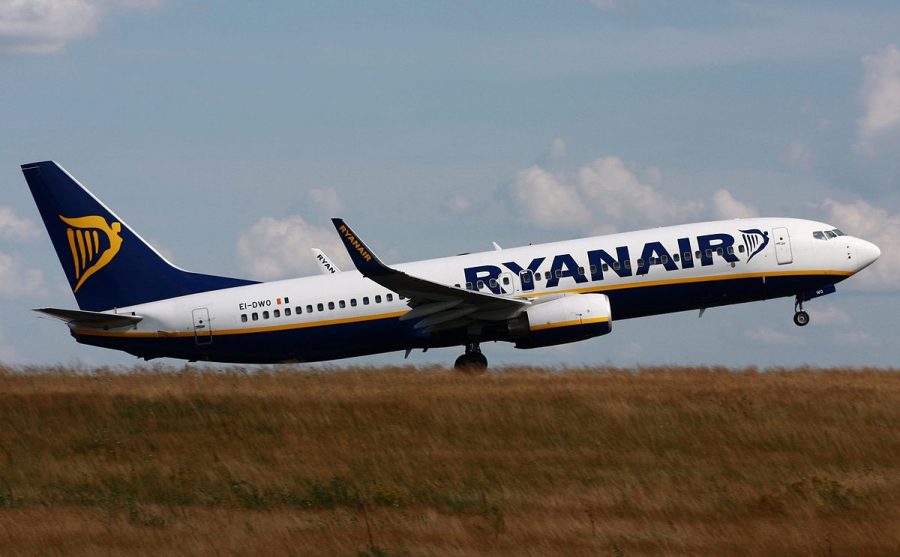 Flying from London to Warsaw, a two and a half hour flight, and paying less than 10 British Pounds – what sounds like an absurd statement has become reality in Europe. Various airlines charging very low fares, usually referred to as budget airlines, such as the British EasyJet or the Hungarian Wizz Air, have gained prominence and an ever-growing number of passengers.

Although under fierce competition, one European budget airline stands out: RyanAir. Founded in 1985, the Irish airline could not generate profits at first. When Michael O’Leary took over in 1993, the airline shifted its business concept. It adopted a so called “no frills approach,” meaning that the airline would rid its flights of any unnecessary costs that are not directly linked to the central aspect of flying, the transport from one place to another. In using that tactic, the airline also charges for additional features to a flight, for example checked luggage or food, which might be considered standard for other airlines. RyanAir also transitioned to only using one type of plane – the Boeing 737-800 – in its fleet. With that measure, RyanAir once again reduced costs, since the company can buy in bulk and since pilots and airplane staff can fly each route without having to adjust to new plane type. The company started to become profitable and grew. Today, RyanAir is the second biggest European airline with 139.2 million passengers in 2018, according to the German newspaper Handelsblatt.

Through budget airlines and RyanAir in particular, flights have become more affordable in Europe and have contributed to an increase in passenger numbers. However, the low fares come at a cost.

One important issue that needs to be mentioned is RyanAir’s treatment of its workers. The airline has repeatedly been criticized for not directly employing many of its pilots, but hiring them through temporary agency contracts. While this saves money for the company, the pilots are put in a precarious position, as they pay higher social security contributions and as it becomes more difficult for them to organize together.

Another concern is the environmental effects of flying. According to Eurostat, the number of passengers transported by air increased by 6% from 2017 to 2018. In total more than 1.1 billion people in the EU-28 travelled by air in 2018. With that increase, carbon emissions from fuel burning during flights have become an issue. As reported by the European Federation for Transport and Environment, a politically independent non-profit organization, airlines’ carbon emissions have increased by 26.3% from 2013 to 2018 with RyanAir becoming one of the top ten carbon emitters in Europe. Because of their low fares, RyanAir and other budget airlines incentivize frequent flying, even on routes that can be easily managed by train. In a time, where the European Parliament has declared a climate emergency, the damaging effects of low cost flying have to be taken seriously.

RyanAir has been one of the driving factors in changing the European air travel market. It offers low fares and with them, an access to flying for a broad range of people. What should not be forgotten, though, is the other side of the story. The costs that are not displayed on the ticket, are paid elsewhere, whether it is the pilots’ working conditions or environmental problems.