Far right terrorism in Germany: Not a warning, a threat. 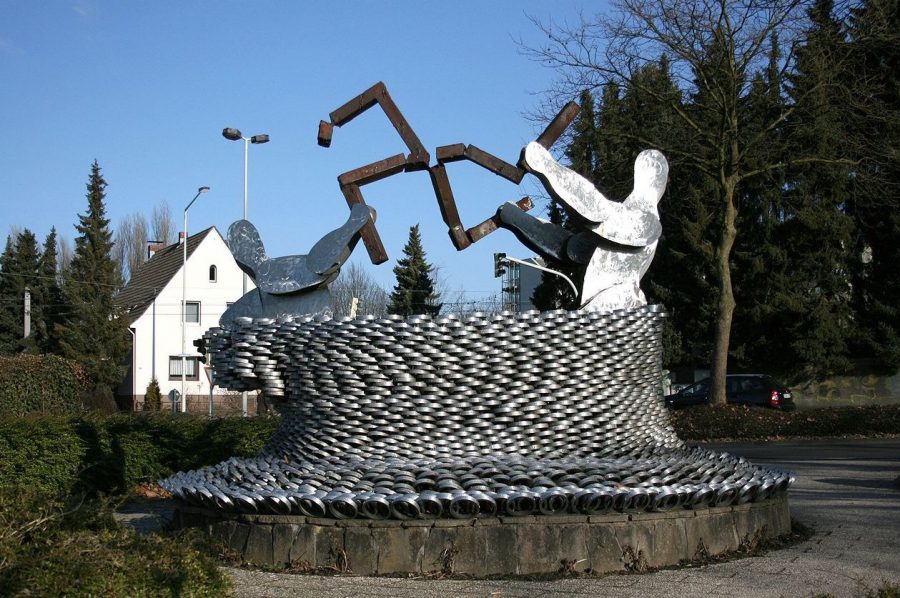 It was around 10 p.m. on a Wednesday night. The town of Hanau, a small city of around 100,000 inhabitants, just east of Frankfurt, was calm. Suddenly, gunshots were fired on the street, then in a hookah bar, in a kiosk and in another bar. Nine people were left dead, all of them with a migratory background. The shooter, a forty-three year old German man by the name of Tobias R., subsequently killed his mother and himself. The attacker was driven by xenophobia and conspiracy theories. It has also been reported that the terrorist had published a racist manifesto on the internet.

For Germany, the attack in Hanau was shocking and devastating. It was a far-right terrorist attack, again. Over the last decade, there has been an increase in the popularity of the far-right. Along with that development, far-right terrorist attacks have become more frequent in a country that is still shaped by the horrors of the Nazi regime. Over the last decade multiple cases were significant for the rise of the German far-right.

A prominent far-right terror organization was the so-called Nazi underground (NSU). The organisation murdered nine immigrants and one police officer between 2000 and 2007. Furthermore, the group attempted 43 assassinations and three bomb attacks. In 2011, the NSU got into the public eye and long-standing efforts to dismantle it succeeded.

In 2013, the far-right political party “alternative for Germany” (AfD) was established. Based on a platform of nationalism and Euroscepticism (critique of the EU), the party rose to popularity. In the federal election 2017, it won 79 seats, making it the largest opposition party. In Brandenburg, Saxony, Saxony-Anhalt and Thuringia – four of Germany’s 16 states – the AfD has become the party with the second most seats in each state parliament. Last year, a German court ruled that the leader of the party in the state of Thuringia, Bjoern Hoecke, can legally be called a “fascist.” A recent poll, conducted by the Kantar Institute, showed that a majority of Germans believe that the AfD is partly responsible for far-right violence in the country. In 2014, the nationalist and anti-islam movement “Patriotic Europeans Against the Islamization of the Occident” (Pegida) was founded. The AfD and Pegida have often been linked, as both of them show an open advocacy for far-right ideology.

In addition to the political rise of the far-right, there has also been an increase in extreme right terrorist attacks. In the last 10 months, there have been three major far-right terrorist attacks. The first one occurred in June 2019 when Walter Luebcke from the Christian Democratic Union (CDU) was shot dead on his front lawn by a far-right extremist. Luebcke had been in favour of accepting refugees in the German state of Hesse. In October, on the Jewish holiday of Yom Kippur, a man tried to break into a synagogue and shoot the congregants in the city of Halle (Saale). The attacker did not manage to break inside of the sanctuary and subsequently killed a passer-by and a man in a kebab shop. The shooter livestreamed his action on the internet. He had also published his antisemitic views.

After these assaults, attacks by far-right extremists were still considered as a warning – a warning that something needed to change. Then, just four months later, the shooting in Hanau occurred. It shows that attacks from far-right terrorists in Germany are not just a warning about potential consequences anymore. After Hanau, they are a serious threat.