Speaking out from within: Italian teenager shares experience living during national lockdown 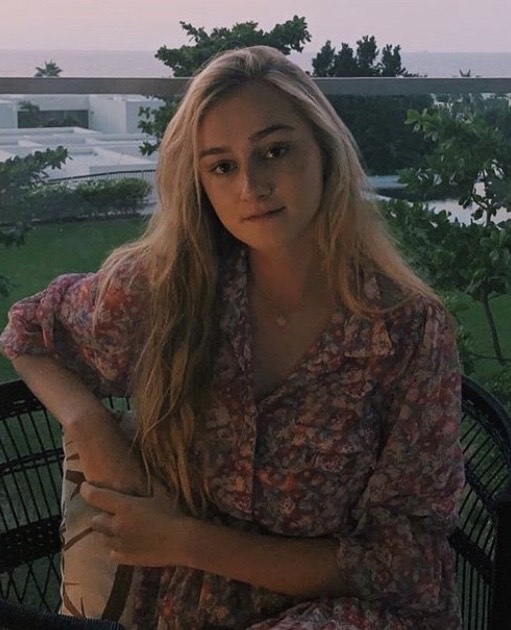 Sofia Cagliero shares her experience of living in Italy, the epicenter of the coronavirus pandemic, during a national lockdown.

On Thursday, data revealed that Italy has overtaken China in terms of the number of deaths from the coronavirus. The country is now the epicenter of the pandemic, with nearly 50,000 cases and over 4,000 deaths nationwide. Milan, the second most populous city in Italy and the capital of the northern region of Lombardy, is the home of Italian-native Sofia Cagliero, an 18-year old student who explains the situation in Italy and shares how she has been dealing with the crisis.

Q: What has it been like for you living in the middle of this crisis in an area that has been the most heavily impacted, up to this point in time?

A: It’s been ongoing for the past month now. Schools closed down on February 24 and ever since then we’ve been doing online schooling. That’s definitely when people started to realize how serious the whole thing was. Then, a few weeks later, on March 8, they announced the lockdown for the northern region of Italy and two days later they locked down the entire country. You can only leave your house for three reasons: to go to the supermarket, the pharmacy, and for emergency reasons. It’s actually heavily enforced. I went to the supermarket last Friday (it was the first time I left my house in like two weeks) and there were policemen all over my block. They definitely check what your reasons are for leaving your house. The situation now is interesting because the numbers actually haven’t been improving as much as they should’ve been. We’re hoping that soon the curve starts flattening but, for example, as of yesterday, we’ve had more deaths in the country than all of Wuhan. It’s definitely shocking to see. Also today [Thursday] our prime minister said that the school closure is going to continue – it was planned that we were going to go back to school on April 3, but it seems now that we’ll be going back sometime in May, which is really difficult.

Q: How is the situation affecting you emotionally? Are you worried? Are you scared?

A: At the beginning, I think people divided into two main groups: those who disregarded the threat of the virus – I was actually part of that group. I thought it was just a stronger flu and it wouldn’t really affect me or the people around me – and those who became paranoid (from my point of view, but in hindsight that was the right attitude to have). It’s definitely scary but more than anything it’s a confusing time. The virus itself doesn’t scare me, it’s the uncertainty surrounding everything else that does – the schools, the economy collapsing, all small businesses that are going to be crushed.

Q: Has anyone you know personally been diagnosed with the virus? If so, how are they doing?

A: Luckily nobody I know personally has been diagnosed, but multiple friends of friends have tested positive. I was told today that my friend’s best friend has the virus and her whole family has the virus. She’s 18 now, which proves that the virus can also hit young people. Also, in a small town outside of Milan, my friend’s grandfather’s best friend, passed away today because of the virus. We hear those stories almost daily.

Q: What direction have you received from local and/or national authorities? How do you think they’re doing in handling the issue?

A: Nationally, I’m convinced the country reacted in a very efficient and positive way, especially compared to other countries. Initially, the schools closed and major gatherings, like concerts, were canceled. Two weeks after that, it turned into a nationwide lockdown. At the beginning I think a lot of us believed it was an extreme measure, but at this point we all grasp the seriousness of the threat of the virus. Because we have a public healthcare system, that allowed us to do tens of thousands of tests in a very short amount of time. Hopefully all of this is going to show its fruits in the next few weeks.

Q: What’s the general sentiment where you are?

A: It definitely does seem like there’s hope, mainly because everyone now believes in the same cause. There’s a common sentiment – everyone respects the government’s decisions and follows them. There’s this viral thing that everyday at 6:00 p.m. people sing on their balconies and play the piano to create a sense of community. At least in my lifetime, this is the time where people feel most part of a community and patriotic. It’s kind of weird how that worked out.

Q: You mentioned everyone singing from their balconies. Have you been a part of those practices? What has that meant for you?

A: This whole thing started on Saturday, and though my neighborhood is not the most active, I did play the piano. My neighbor played as well and he was exceptional (see below). It was really nice to hear. There are also two big influencers a few blocks down that blast really loud music every night at 6:00 p.m. There have been many other flash mobs, with people clapping outside at noon to thank everyone who’s been working at the hospitals, or people shining their flashlights at 9:00 p.m. to show support and hope. Everything has been very heart-warming for sure.

Q: What other things have you been doing to keep yourself occupied?

A: We have been doing school, and we have been getting grades and surprisingly doing tests. More than anything, to keep myself occupied I’ve been playing a lot of piano and doing a lot of things that I don’t usually have the time to do, like reading, because of other activities that are now canceled.

Q: Do you have any advice for Americans who are just starting to face the reality of life during a global pandemic?

A: The only thing I would say is to not undervalue the threat of the virus. It’s a very serious thing and if people don’t react to it quickly then it’s going to become too much to handle. That’s what happened to us. It’s not the virus itself but if a lot of people get the virus at once, then the hospitals are going to collapse. Take it seriously now so it will be easier to manage later.

NOTE: Cagliero attended a summer camp with H. Schiciano in the summer of 2016.