Moria – a refugee camp during the coronavirus crisis 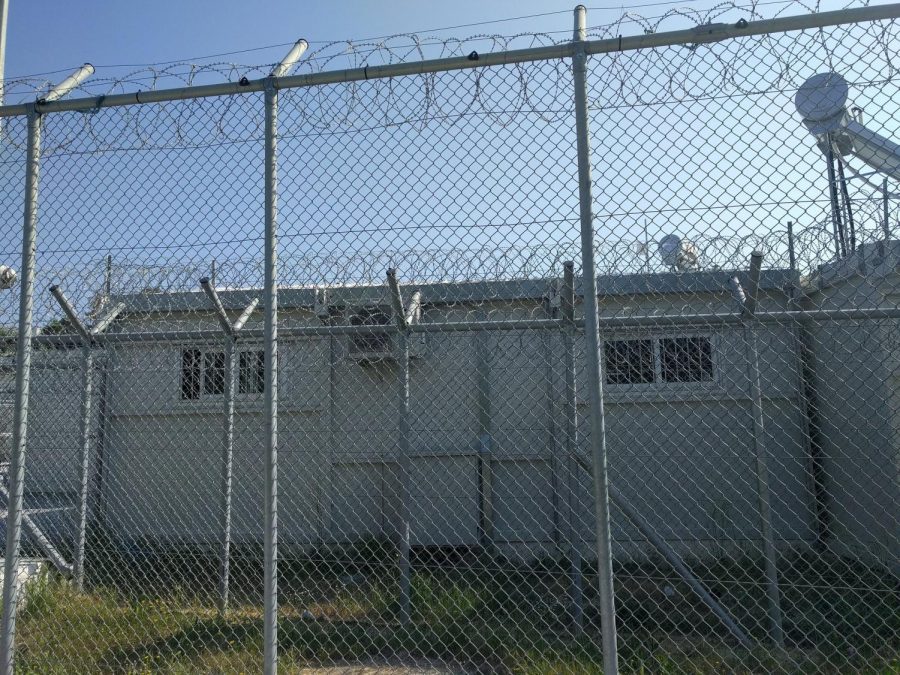 The conversations, the news, the political discussions now all revolve around the coronavirus – how to stop its spread, mitigate its effects and cushion its economic impact. The COVID-19 pandemic made the world stop and made some problems of the past irrelevant. However, although potentially talked about less, the issues that were of concern yesterday, have not magically disappeared. One such issue, that has been made even more urgent by the spread of the coronavirus, is the refugee situation on Europe’s doorstep.

As of January 2020, the Moria refugee camp on the Greek island of Lesbos, originally constructed to take in 3000 refugees, has more than 18,000 refugees. With the number of inhabitants being six times higher than originally planned, there is insufficient housing, insufficient sanitary infrastructure and insufficient supplies. After visiting Moria in 2019, the Swiss sociologist and former politician Jean Ziegler was so disgusted by the living conditions in the camp that it prompted him to write his book Lesbos, Europe’s disgrace. In an interview, he later proclaimed: “All that I have seen as a special rapporteur in slums all over the world is nothing against what I have experienced in Moria.”

The aforementioned conditions are not acceptable even without the coronavirus. During the time of a pandemic, however, the circumstances in the camp become even more deadly. The first case of COVID-19 on the island of Lesbos had been reported in mid-March. Although the coronavirus seems to not have reached the refugee camp Moria yet, the fear of a catastrophe grows. Without any room to socially distance and without enough sanitary and medical equipment, the people living in the camp would be susceptible to the virus defenselessly.

With such dire expectations, the question becomes: Why haven’t European nations done anything to prevent a situation like this from even emerging? And why is there still so little action taken?

A lot of the current European policies on refugees are a consequence of the 2015 refugee crisis. During this time, many migrants, largely from war prone regions, such as Syria, Afghanistan or Iraq, arrived at the external border of the European Union, mostly coming across the Mediterranean Sea or through the Western Balkan route in the Southeast of the EU. As reported by Eurostat, the statistical office of the European Union, 1,225,640 first time asylum applicants registered in EU member states in 2015. This was more than double the number of a year prior to that. As a consequence of the refugee crisis, the far right gained support in several European countries. Migration was also one of the key issues during the 2016 Brexit referendum, which ultimately led to the United Kingdom leaving the European Union.

During the refugee crisis of 2015, the willingness to take in refugees and the number of asylum grants strongly diverged between various EU countries. Germany and Sweden, for example were the two nations with the most asylum grants in 2015. Because many migrants were stuck in the EU countries they initially reached, such as Greece or Italy, an EU-wide relocation program was also proposed. While some nations were pushing for the agenda, others, such as Poland or Hungary, vehemently opposed the plan, displaying the inability to create a shared European effort. Since the 2015 refugee crisis, EU countries have been wary of the number of migrants they accept. Often times, this stance is motivated by the fear of the far right gaining further popularity.

Yet, this fear of the far right shifts the discussion from a humanitarian one to one of political strategy void of values. With the spread of the coronavirus, the refugee camp Moria is a ticking time bomb. It is a humanitarian catastrophe waiting to happen. European nations need to evacuate the camp. The European Union and its individual member states have the capabilities to do so. If the bomb is not defused, however, Moria will be remembered not only as Europe’s disgrace, but also as its failure.