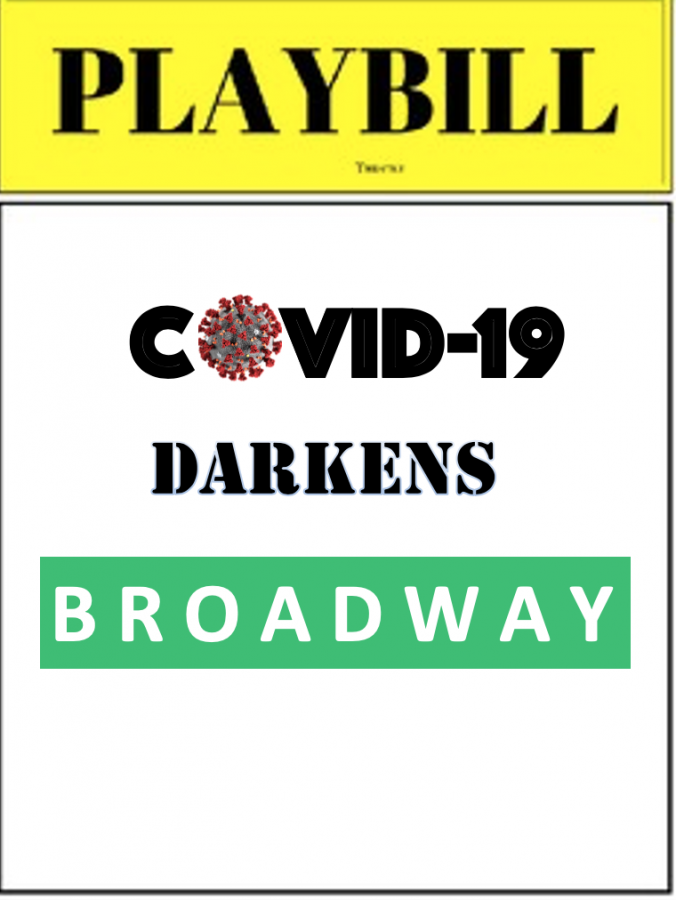 After New York Governor, Andrew Cuomo's order not to gather in large groups was set in place, live entertainment industries, including Broadway, were forced to go dark and stop shows.

It’s been 54 days since Broadway’s last spotlight went dark. This crisis has not only had an impact on the performers but creative teams, musicians, directors and programs.

Throughout history, Broadway theatres have never experienced a closing this extensive, even after the shutdown after the terrorist attacks on Sept. 11, 2001, which did leave several shows in serious debt and prevented them from reopening.

According to a recent New York Times article written by Michael Paulson, this shutdown will “cost tens of millions of dollars for investors and artists and associated businesses, and will likely trigger the collapse of some plays and musicals that will be unable to survive the delays and losses.”

Joel Kirk, founder of Discovering Broadway, a non-profit organization providing training in the performing arts in Indiana, shared his opinion that the near future for Broadway isn’t looking too bright.

He said, “I think the landscape is going to radically change and most shows will struggle to even come back.” As a producer, Kirk approaches this situation as an opportunity to learn and develop more material for the future, whether that be performers, playwrights or directors. He said, “In a time of tragedy, the leadership you want is steadiness, focus, pragmatism, analysis of research and development, and just not giving up.”

From actors to customers to security, this shutdown has impacted everyone in the business.. Wardrobe supervisor Susan Fallon had been part of the production “A Soldier’s Play” at the Roundabout Theatre, which was supposed to go through March 15, but was cut short because of the shutdown, impacting the cast and crew both financially and emotionally. Fallon said, “When you get into a theatrical experience, part of what happens is that everyone gets really attached very quickly. You have to learn to trust everyone.  It becomes a very emotional experience, and to have the rug ripped out from underneath you is very difficult.”

The off-Broadway production of Frankenstein at the St. Luke’s Theatre had been running for three years prior to the outbreak. However, like the rest of Broadway, it closed on March 12. Playing Elizabeth, the female lead, now unemployed Christina Barnes went to live with her family in Indiana. Barnes reflected how this change has impacted the whole community.

She said, “I’m fortunate in that my family is able to help support me during this time, but many of my [fellow]cast members filed for unemployment.” Barnes expressed her apprehension towards the future of Broadway shows. She said, “The truth is a wide majority of tickets sold from Broadway are from tourists, especially international, so it’s going to be really hard for shows to survive.”

Broadway Workshop, a youth theatre in NYC, has undergone financial difficulty through this pandemic. Every year during the months of March to May, Broadway Workshop hosts around 6,000 students from all over the world. During this time, where students will experience a workshop and see a show. However, due to the COVID-19 outbreak, Broadway Workshop had to cancel and refund each group, along with suspending their mainstage productions and classes.

When reflecting back on these serious conditions, Marc Tumenelli, founder of Broadway Workshop, said, “It’s a huge financial blow, but it’s also an artistic disaster.” Despite this financial impact, Tumenelli explained their effort to push through this situation by hosting online intensives with Broadway actors, including Sierra Boggess, Christy Altomare, Renee Rapp and Andrew Feldman.

Before working as the technical director at Masters in the fall of 2019, Sean Breault worked on Broadway as a stage carpenter and electrician for 15 years. Through this period, he encountered strikes, typically sparked when the union negotiates with their producers regarding contracts and closings. However,  he said, nothing has compared to the severity of this situation, where all are being affected.

He said, “We’re not trying to fight for something; people are just in limbo, there’s nothing they can do.” Due to this financial crash, several shows are in debt, and will have to consider closing.”

Breualt thought about the impact this may have on the industry as a whole. He said, “All these shows are on such a critical time frame… you can’t just postpone these massive productions because once you stop the momentum, you have to pretty much start from scratch.”

Regardless of the current financial crisis within the industry, Kirk expressed how the leading factor in opening the doors to Broadway is always safety.  He said, “Making sure we create a place that is responsible and safe is a first priority for us.”