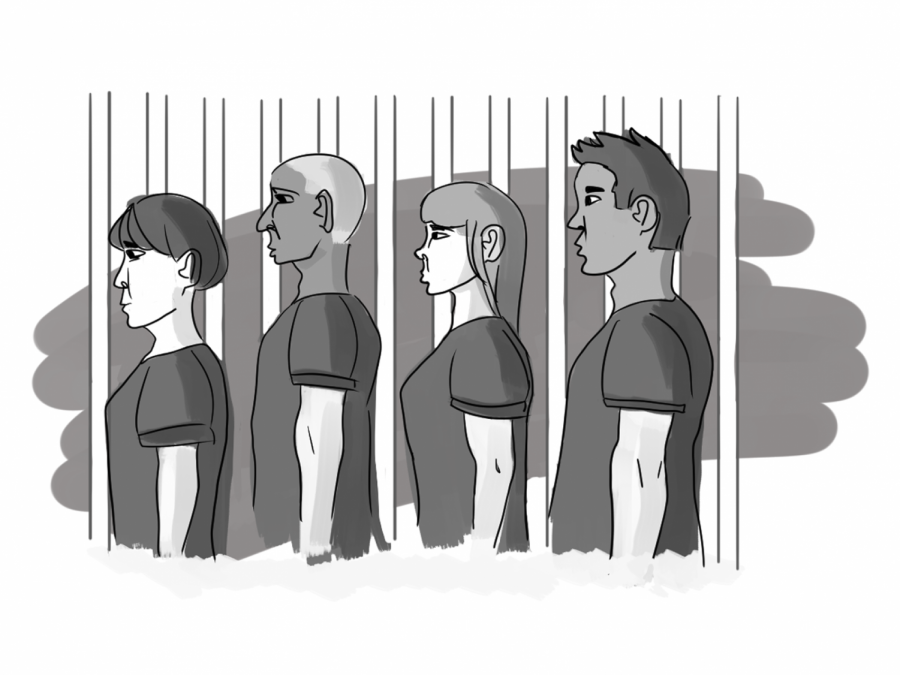 Prisoners are not being adequately protected during the coronavirus, because they are unable to practice social distancing.

In an Alabama state prison, an anonymous man is hunched over a camera pleading for his life; another inmate claims that “death is imminent” according to a CNN report. One hundred inmates rioted for their lives when six people at the Washington State Penitentiary tested positive for COVID-19, according to the Wall Street Journal. As the virus spreads across the nation, a significant population is being left unprotected: the incarcerated. People have died and will continue to die because of the government’s delayed response.

The Justice Collaborative, an organization that advocates for the ethical treatment of prisoners, said prisons are “the perfect breeding ground for the coronavirus”; this makes the incarcerated population especially vulnerable. Inmates share bathrooms, showers, and bedrooms, with infrequently-washed clothing and bed sheets.

If the federal government can’t even promise safety to unincarcerated members of society by providing widespread testing, masks, and ventilators, how badly, one wonders, might prisoners be suffering?

Inmates are sick and dying. Across the entire prison system, 9,437 prisoners and nearly 4,000 staff tested positive, as of April 24, but that is most certainly an undercount, according to The Marshall Project. That’s compared to the 1.5 million prisoners across the federal and state system.

People of color are already at a higher risk of contracting and dying from the coronavirus, according to the Centers for Disease Control.

Over 70% of those in the prison system are Black or Latinx, so people of color will continue to adversely from COVID-19, according to the American Civil Liberties Union (ACLU). This is both a problem of prisoner equity and race.

Beyond the coronavirus, this is a testament to poor prison conditions and overcrowding problems in general. Some state prisons, with Alabama prisons being the worst, are at 300% capacity. Jail cells are unsanitary and aren’t regularly cleaned. Some prisoners report that they don’t have hand sanitizer and soap. We wouldn’t accept that for ourselves, and prisoners shouldn’t have to either. We have to uphold basic health standards for every human and confront the very real problem of mass incarceration in the United States.

Even if inmates have committed crimes, they are deserving of their lives and health. Simply being a prisoner during a pandemic shouldn’t be a death sentence. Raymond Rivera, for instance, was in prison for a minor parole violation. After waiting for several months on a final decision, he was released, only to die the very next day from COVID-19, according to the New York Times. Had Riker’s Island in New York, where he was held, been better equipped with medical supplies and had better conditions, he could still be alive. Had he been freed and allowed to practice social distancing in his home, he could still be alive. We will hear stories like this for months to come, and the gross injustice is tragic.

Moral arguments aside, keeping prisoners in confinement doesn’t make practical sense. Prisons, many of which have poor conditions and are overcrowded, are the perfect place for the virus to run rampant. People will die and continue to infect others. Prison guards or food service workers, for instance, could go home with the virus. Social distancing only works if everyone practices it, but prisoners don’t have that ability.

The solution is two-fold. First, we must release non-violent prisoners, and safely relocate others much faster than the Bureau of Prisons currently is. This will ease the number of inmates, allowing others to properly quarantine, which will prevent the spreading and prolonging of the virus. As of April 3, only 1,027 new prisoners were put into home confinement, about half of one percent of inmates currently in the custody of the Bureau of Prison. This is out of the hundreds of thousands of vulnerable inmates that should be released.

It is important to act sooner rather than later – efficiency is valuable during a global pandemic. The BOP has failed to act quickly enough, and is risking lives. The Bureau initially intended to waive the eligibility requirement in which inmates needed to serve 50 percent of their time before applying for home confinement. However, the BOP has reversed this policy, getting up the hopes of inmates and their families, risking their lives.  Around the world, prisoners are being released to prioritize citizens’ safety.

A second, more long-term solution, is to work towards solving mass incarceration which causes unsanitary, overcrowded prisons. That is, of course, a paramount task, but the COVID crisis has exposed failures in our prison system and shown the true danger of mass incarceration, and we can’t ignore it any longer.

In the face of this crisis, isolated in quarantine, and watching as medical supplies run lower and body counts get higher, we have a lot of time and good reason to reflect. During a time like this, we must be vocal about health and human injustices, especially for those currently imprisoned, risking death, and without a voice.