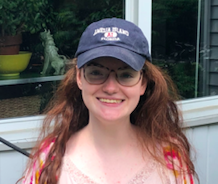 Rising senior Samantha (Sam) New has been a gun safety activist ever since one of her friends was tragically killed in the 2018 shooting at Marjory Stoneman Douglas High School. Now, she is backing NY-17 candidate Adam Schleifer (Democrat), who she believes has a strong plan for ending gun violence in America.

New is an intern for Schleifer’s campaign and the deputy head of communication for his youth advisory council. She said she writes press releases, phone banks and attends Schleifer’s events.

New believes Schleifer’s background as a former Assistant United States Attorney gives him a leg up on his opponents.

She said, “He’s a former prosecutor so he really knows the ins and outs of criminal justice,” she said.

According to his campaign website, Schleifer is calling for universal background checks, a ban on assault weapons, regulating “ghost guns” or guns made by individuals using 3D printers, among other reforms.

While Schleifer, like other candidates, outlines his plans to tackle key issues on his campaign webpage, New said she especially appreciates his efforts to connect with his team.

She said, “He really cares about the youth voice which is important because we’re the next generation of voters. He’s not just thinking in the now, he’s thinking ahead. We even had a town hall with him where we shared our ideas and concerns with him.”

New said that if Schleifer does win the seat, he intends to continue fielding a youth advisory council, making him the first congressperson representing NY-17 to do so.