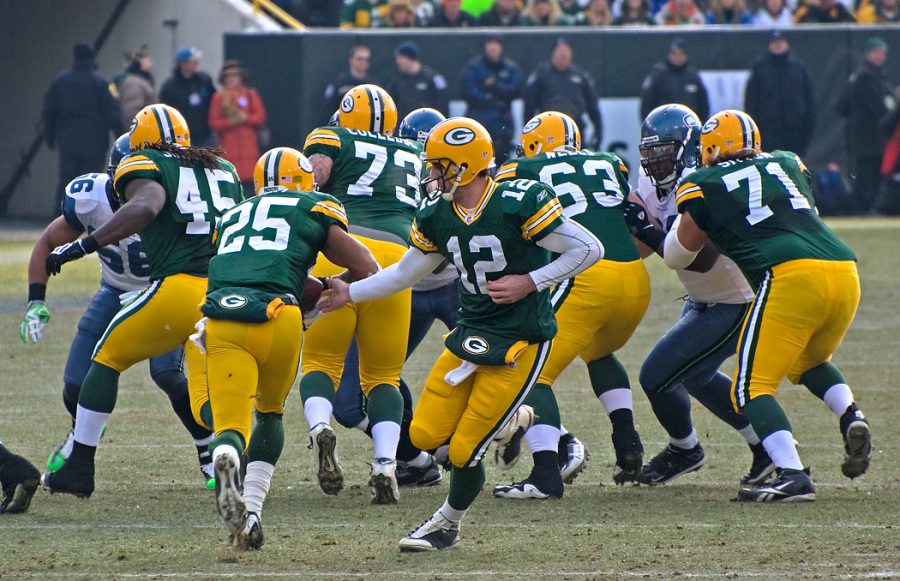 The National Football League (NFL) and NFL Players Association recently announced plans to test players and personnel daily for two weeks when training camp begins. As people across the U.S. still struggle to get tested for COVID-19 and receive results in a timely fashion, the NFL should not be diverting resources away from the general public.

As the coronavirus surges, the league’s new testing protocols paint a picture of privilege in America

The National Football League (NFL) is determined to begin its season on time; however, as the coronavirus pandemic continues in the United States, it is not just unsafe to be playing football, but also unethical.

On Monday, July 20 ESPN reported that the NFL and the NFL Players Association have agreed to require daily COVID-19 tests for the first two weeks of training camp and that this protocol may continue should the positivity rate remain above 5%.

It’s unfair that NFL athletes (and all other athletes, for that matter) get special treatment when it comes to coronavirus testing while many Americans still struggle to get tested and receive results promptly.

Playing football defies public health guidelines such as social distancing, mask wearing and refraining from large gatherings for extended periods of time. The failure to heed to these basic principles not only sets a poor example for millions of viewers, but is the reason why testing regularly and isolating infected players is critical to slow the spread and give the NFL any chance of playing the season safely.

Just how many tests will the NFL be doing? The NFLPA is proposing that training camp rosters are set at 80 players and each team’s coaching staff consists of roughy 20 coaches. There are 32 teams in the NFL. If players and coaches (not to mention other essential team personal that may be tested frequently) gets tested daily for two weeks, that’s roughly 44,800 COVID-19 tests just for players and coaches – or more tests than Wyoming, a state with a population of over 578,000 people, has done throughout the entire pandemic, according to the Kaiser Family Foundation. 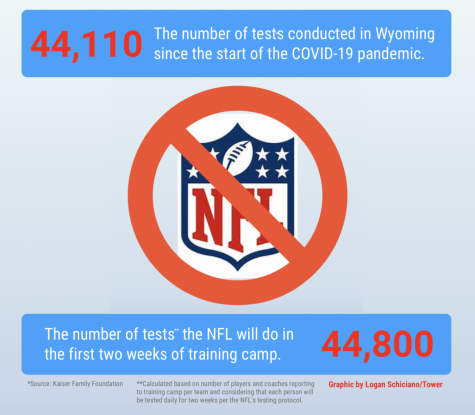 While President Donald Trump insists that “anyone who wants a [coronavirus] test, can get a test,” this was certainly untrue at the beginning of the pandemic, and there are still occasional reports from local media outlets that indicate this may not be the case. Even if people can get tested, it still takes days for many Americans to get results back. The longer it takes to get test results, the greater likelihood someone who has COVID-19 and doesn’t know it can spread it to others.

Quest Diagnostics, one of the labs processing coronavirus tests, said there is an average turnaround time of over seven days for non-priority patients – Elliot Truslow, a University of Arizona student, waited 26 days. But NFL players will get their tests back in 24 hours.

According to NFL.com, the league has “contracted with a national lab to handle the testing for all 32 teams, so that the league’s testing needs would not be a drain on supplies in local markets.” Local markets? National lab? A test in Alaska is the same as a test in West Virginia. This is a global pandemic. What happened to “we’re all in this together?”

The NFL is hoarding tests and diverting resources so their billion dollar owners and players (who make on average $2.7 million, according to the L.A. times) can salvage their season when 140,000 people have died from COVID-19 in the U.S., over 45 million Americans are unemployed, according to the Federal Reserve Bank of St. Louis, and people are still waiting days to get their test results. It’s not the NFL’s fault that the U.S. has had such a poor coronavirus response, though until the virus is contained, the thousands of tests and the labs that will process them should be allocated to the general public, including lower income Americans that are disproportionately affected by COVID-19.

The NFL is a multibillion dollar industry and calling off the season would surely be detrimental from a financial standpoint. With the season lined up to begin without fans in many stadiums and at a severely reduced capacity in others (which raises additional questions about an added “home-field advantage” for certain teams), teams are already suffering massive revenue losses; however, it may be even more costly for organizations to put on games and pay players and stadium personnel to serve a drastically reduced audience, than to play them at all. And for the thousands of stadium employees who have and will lose their jobs, the owners (25 of whom have a net worth of over $1 billion, according to Yahoo News) should help support them.

Notwithstanding the financial debate, if daily testing is the only way the NFL season can “safely” go on, then it shouldn’t go on at all – or at least not until the virus is controlled and daily testing of players is unnecessary.

I’ve watched nearly every New York Yankees, Jets and Knicks game since I first gained an interest in sports during elementary school. I want sports back as much as anyone. But right now, saving lives needs to be the top priority – not scoring touchdowns.