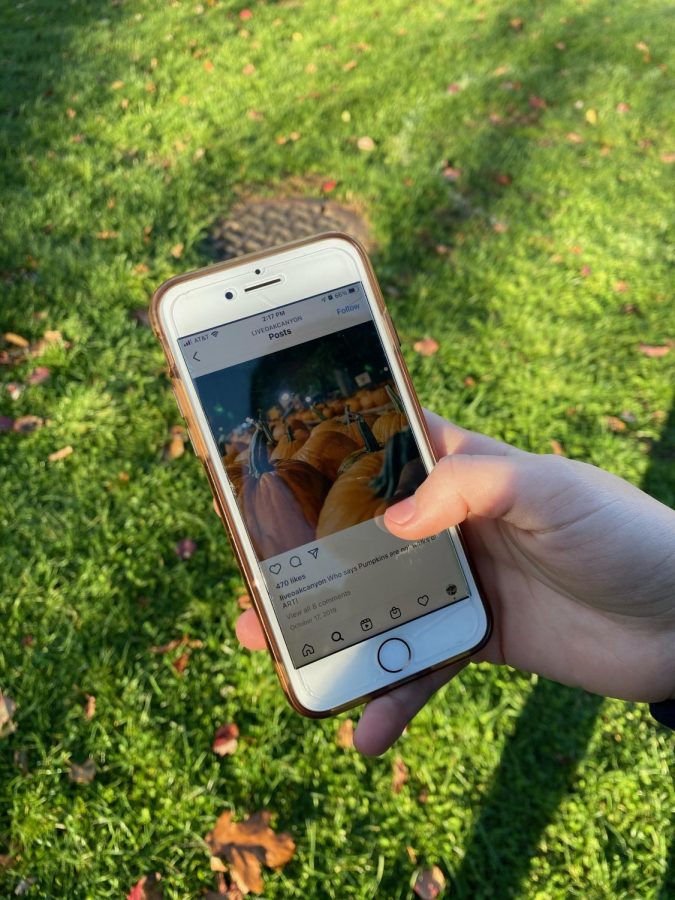 For a group of Masters students, Halloween was a night to remember, but for all the wrong reasons. This past Halloween, several day-students met up and went into New York City to celebrate the holiday. Soon after, the school’s administration became aware of photos posted on social media which showed the students in close proximity without masks, and banned them from campus for a week for breaking the COVID-19 Masters Community agreement.

Dean of Students Jeff Carnevale was the first to hear about these social media posts and was forced to take action.

“We have a very clear policy, whenever we learn that students are gathering [together] off campus without wearing masks, they have to be off campus for five days post the event and have a negative Covid test,” he said.

Juniors Kayla Shelley and Katie Williams, who were among the group of  punished students, disagreed with the school’s decision. Though they understood that the punishment was due to an abundance of caution for the Masters Community, they can’t help but feel directly targeted.

Shelley said, “You open Instagram and scroll through it and see people in the whole entire school posting the same things [as you] and somehow you find yourself sitting at home while they’re all sitting in a classroom doing exactly the same thing.”

Some of the other students who were targeted by the punishments felt that the school should have shut down for a week if they were really concerned for the safety of their students, faculty and staff.

Williams said, “I understand you have no way of knowing who is at a party or who is hanging out, but I think if you’re willing to close the whole school for someone that may have had an encounter with Covid, and then you’re not willing to close it for this, the stories don’t really add up.”

Rumors quickly spread about the situation.

Shelley said, “It kind of feels like a betrayal of trust, because these are your companions, your peers, people you go to school with… It feels a bit uncomfortable to have your personal life basically sent in by someone you may be friends with in school, without your permission.”

Carnevale declined to comment on the student’s photos being sent in anonymously by a member of the school.

Williams said, “I wished that if someone felt uncomfortable about it, for their safety, that they would feel comfortable enough to text me or DM me on Instagram and say, ‘Hey, I noticed you posted without wearing a mask, were you not wearing masks the whole evening, do you think you should get tested? I think that you should tell Mr. Newcomb.’”

All tests in the last two rounds of pooled testing since Halloween have returned with negative results.