Where Are They Now: Pager and Block reflect on career paths, time at Masters 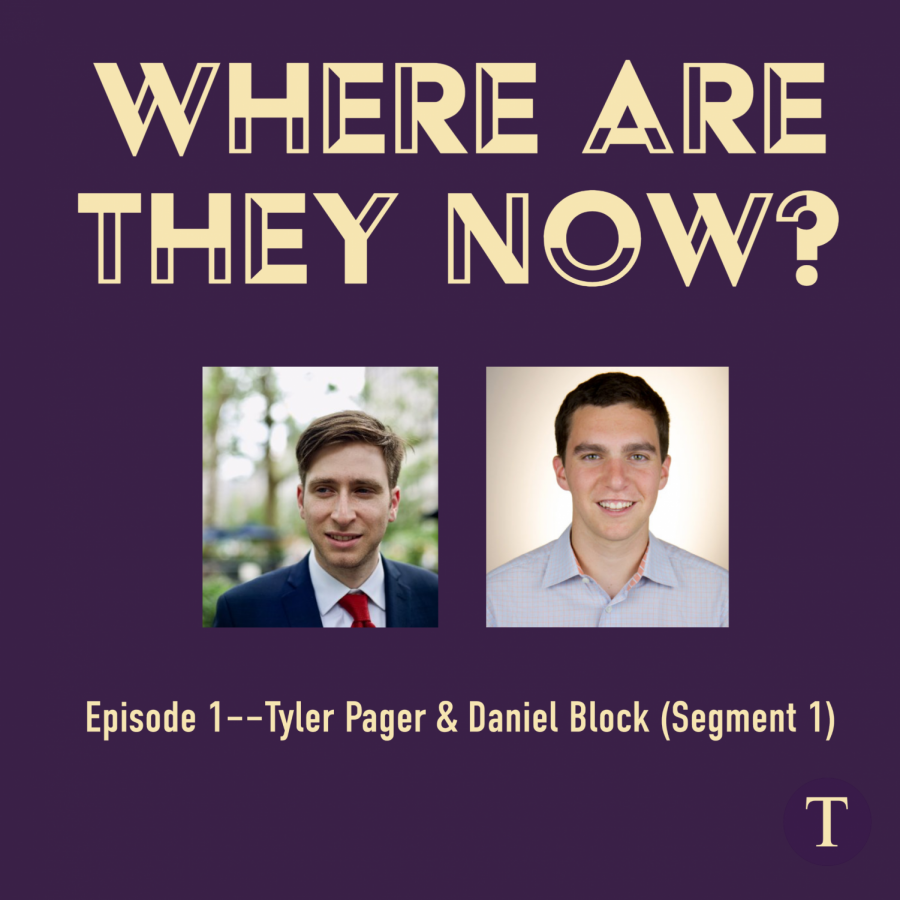 Listen to Editor-in-Chief Mitch Fink's conversation with Tyler Pager and Daniel Block. Segment 1 can be streamed on SoundCloud.

When Daniel Block was a student at Masters, his career aspiration was simple: become President of the United States. After graduating from Masters in 2012, and then from Swarthmore, a liberal arts college near Philadelphia, his aspirations remained in the political realm, but shifted away from the executive branch. Block, who served as Editor-in-Chief of Tower during his time at Masters, became increasingly enamored with writing, and after working at the Philadelphia Inquirer and The Caravan magazine in India, he landed a job at a small, but influential liberal political magazine called the Washington Monthly, where he currently serves as the Executive Editor.

Tyler Pager has made it closer to the Oval Office, and even aboard Air Force 1. Pager, who was recently named a White House Correspondent for Politico to cover the Biden administration, graduated from Masters, also serving as Editor-in-Chief of Tower, in 2013, and then from Northwestern’s Medill School of Journalism in 2017. After that, he quickly climbed the ladder of print reporting, scoring bylines in The New York Times, The Boston Globe, USA Today and others. His first full time reporting job was a role covering Joe Biden’s 2020 Presidential Campaign for Bloomberg, which directly led him to his new position at Politico.

Editor-in-Chief Mitch Fink spoke to Block and Pager about their journeys from the Tower Lab to professional newsrooms, with topics ranging from controversial stories published during their times at Masters, to Pager’s coverage of President-elect Joe Biden, as well as other notable former Democratic candidates, like Pete Buttigieg, Bernie Sanders, Kamala Harris and others. Their conversation, which is the first episode of a new podcast series featuring alums called “Where Are They Now?” will be released in three segments. Segment 1, which will cover the career paths of Pager and Block, as well as the lessons both learned from their time on Tower, can be found now on SoundCloud.