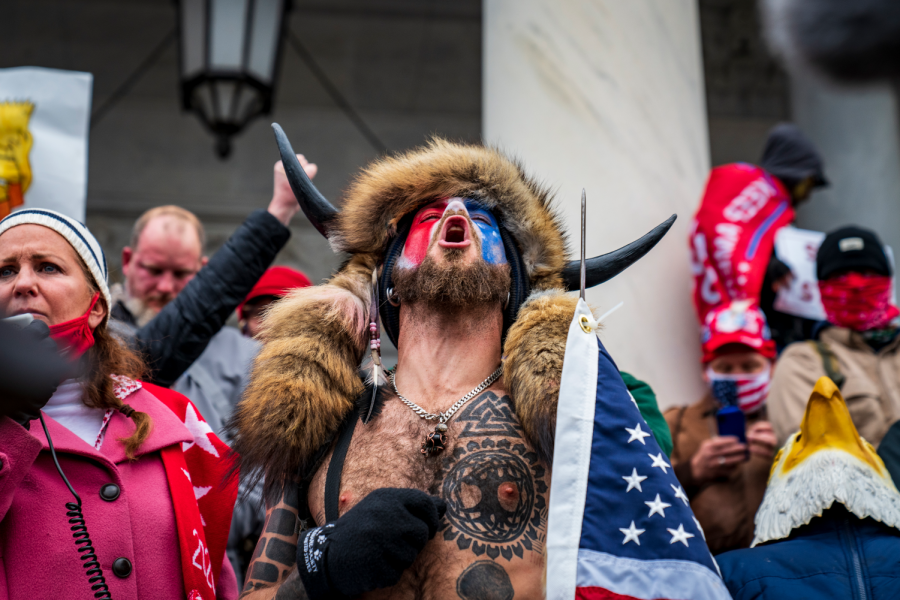 Jacob Chansley, also known as the "Q Shaman," screams outside the U.S. Capitol. Chansley, a QAnon conspiracy theorist, was one of many recognizable figures who played a role in the deadly insurrection on Jan. 6. Chansley was later arrested and and brought up on U.S. federal charges of "knowingly entering or remaining in any restricted building or grounds without lawful authority, and with violent entry and disorderly conduct on Capitol grounds."

As President Joe Biden, Vice President Kamala Harris and others in the new Biden Administration call for unity, the country is just two weeks removed from the deadly riot at the U.S. Capitol – the climax of political division during the Trump presidency.

Within the mob on January 6, 2021 was James Townsend, an independent journalist who captured photos and video of the siege. Tower’s Logan Schiciano spoke exclusively with Townsend, whose detailed recollection of the crowd, the police response and political rhetoric of the day’s speeches shed light on the motives behind the destruction and ensuing response by law enforcement. Additionally, Townsend shares personal anecdotes from his experience and reflects on the whirlwind of emotions he’s possessed since the historic event.

Listen to the conversation here:

The podcast interview was recorded on Jan. 17, 2020.
All audio from the Capitol riots and Save America Rally (besides the excerpt from former President Donald Trump’s speech) are from video clips recorded by James Townsend.
Royalty Free Music from Bensound.
Editing by Logan Schiciano.

Link to photo essay detailing Townsend’s experience at the Capitol published by Medium.

Some more of Townsend’s photos from Jan. 6: