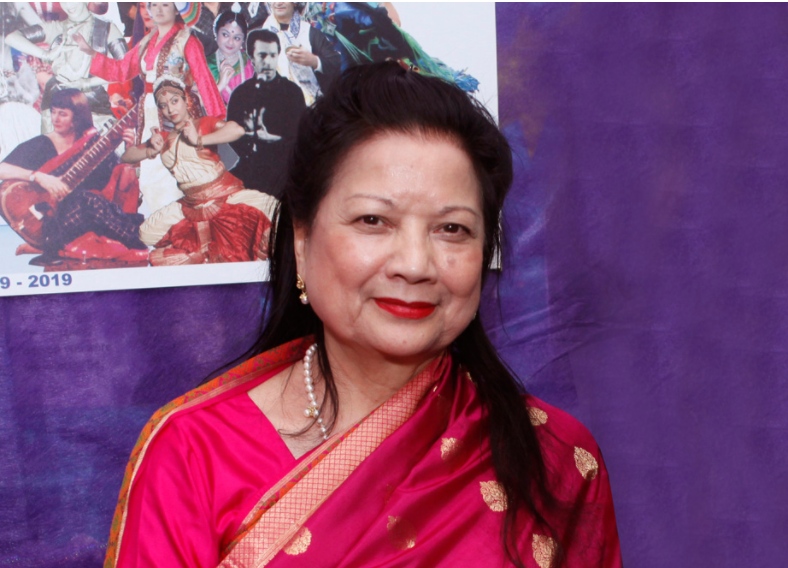 Kamala Cesar, the Founder and Artistic Director of Lotus Music and Dance

From the beginning of modern U.S. history, American Indian people have been ethnically discriminated against, victimized by systemic genocide and have had their land stolen from them. The Masters campus is built on land that once belonged to local Indian tribes.

Effects from the injustices inflicted centuries ago continue to heavily impact the American Indian community today, from the slow erasure of tribes and cultures to higher rates of COVID-19 infection. The New York Times reports that a reliable statistical figure of the number of American Indian women who are killed or kidnapped each year does not exist due to Native women being misclassified as a different ethnicity, leaving them off the federal database. Additionally, dozens of American Indian languages have completely disappeared since European colonization. Many native languages today are at risk of language extinction, as most fluent speakers are over the age of 60 and American Indian children are encouraged to speak English in schools.

Most recently, the Center for Disease Control and Prevention (CDC) reported that American Indians have suffered a “disproportionate burden of COVID-19 illness.” A test conducted in 23 selected states showed lab-confirmed Covid cases of American Indians were 3.5 times as high as non-Hispanic white people.

Kamala Cesar, Founder and Artistic Director of Lotus Music and Dance, an organization that presents an annual American Indian festival to celebrate American Indian heritage and culture known as “Drums Along the Hudson”, recalls how her life experiences and perspective have been shaped by being an American Indian woman.

“For many years, the government had a policy to force native people to assimilate. And in order to do that, they started Indian Boarding Schools, and they tried taking as many native children as they could from their reservations to put them in these schools,” she said.

In these boarding schools, Indian Americans were not permitted to speak their native language, practice anything associated with their culture or religion and were taught that their customs were not acceptable.

Cesar said, “It did a lot to destroy the fabric of Native American culture.”

“My mother was born on a Mohawk reservation, and she was sent to one of these schools. She was there from when she was five years old to when she completed high school. And when she came back to her reservation, she could not communicate with her own family. She spoke only English and they only spoke Mohawk. I think because they teach you to be ashamed of being Indian, I never knew I was Indian until I was in high school. She told us we were French-Canadian,” she said.

Cesar’s mother was born on the St. Regis Mohawk Reservation in Akwesasne, N.Y., about 300 miles away from Masters. The reservation crosses the Canadian border and has a population of 3,325 people. Cesar never questioned being French-Canadian, as her mother was born on the Canadian side of the reservation. After Cesar’s mother lost the ability to communicate with her family and tribe, the loss of acceptance among her family pushed her to move away from the reservation to New York City. Cesar who was born in Brooklyn, and did not have connections to her Mohawk roots, described the lack of culture as a “hole in my life that I knew nothing about.” As she grew older though, Cesar began to reconnect with her culture.

“I was invited to go to the Midwinter Ceremony which was all conducted in the Mohawk language. It was basically a New Year’s ceremony to celebrate renewal and it went on for seven days,”  Cesar said, “On the third day, I had no idea what was going on because it was all done in Mohawk. So Tom Porter, the man running the event, made an announcement at the end of the day telling everyone who doesn’t speak Mohawk and would like to understand what the ceremony is about, to stay after for an explanation in English.”

Cesar was at first relieved that she would have an opportunity to understand everything that had happened during the Midwinter ceremony, but soon became embarrassed, believing she would be the only one waiting at the end of the day for an English translation.

“At the end of the day, more than half of the people stayed to hear him explain what was going on. That many people did not speak the language anymore.” Cesar added

While the United States is beginning to acknowledge their dark history of oppressing Native Americans, more people and organizations have begun to recognize whose land we live on and to learn more about the history of the nation, including Masters.

Masters is located on land that previously belonged to two American Indian tribes: the Lenape and Wappinger tribes. According to The Nanticoke Lenni- Lenape website, the Lenape tribe endured forced migrations from European settlers from their ancient homeland to Canada and the Midwest. They originally inhabited territory in Delaware, New Jersey and New York. According to the Lenape LifeWays website, the tribe is currently settled  primarily in Oklahoma and Canada where there are Lenape communities, although some descendants still live around the New York area today. The Wappinger Peoples lived along the Hudson River, in Westchester County and on the lower end of the Connecticut River. The tribe lived in seasonal camps, hunted for meat and supplies along the Hudson Valley and harvested squash, beans and corn. According to the Mount Gulian Historic Site, the Lenape and Wappinger Tribes were culturally closely related, with local archeology showing both tribe’s history going back 10,000 years.

Smith, a Latin teacher in the Upper School who affiliates with the Cherokee tribe, said, “If there is an interest [in Native history], and certainly there should be an interest in unpacking histories of oppression and colonization right in the heart of where Masters is, then students and teachers can work together to bring these infrastructures and narratives to light.”

Masters is known for encouraging student initiatives that demonstrate how to be powers for good in the world. Not only did Smith mention students and teachers working together to incorporate more American Indian voices in the education system, but also students taking the time to learn about American Indian history outside of school.

“Part of education is both the formal process that we offer within a school setting, but also what we continue to do outside the classroom,” she said.“Schools give us a platform for looking into things and pushing ourselves out of our comfort zones and opening connections in ways we may not have before. It would certainly be cool if there was a group of students and teachers interested in working with people from, say, the Lenape tribe trying to get a conversation going.”

Cesar spoke to the importance of remembering the history of the land we are on.“It is so important that Native American people feel like their side of the story be told truthfully. I’ve met people today who have even told me, ‘I didn’t know Native Americans were still alive.’”