Getting a handle on teen sports betting 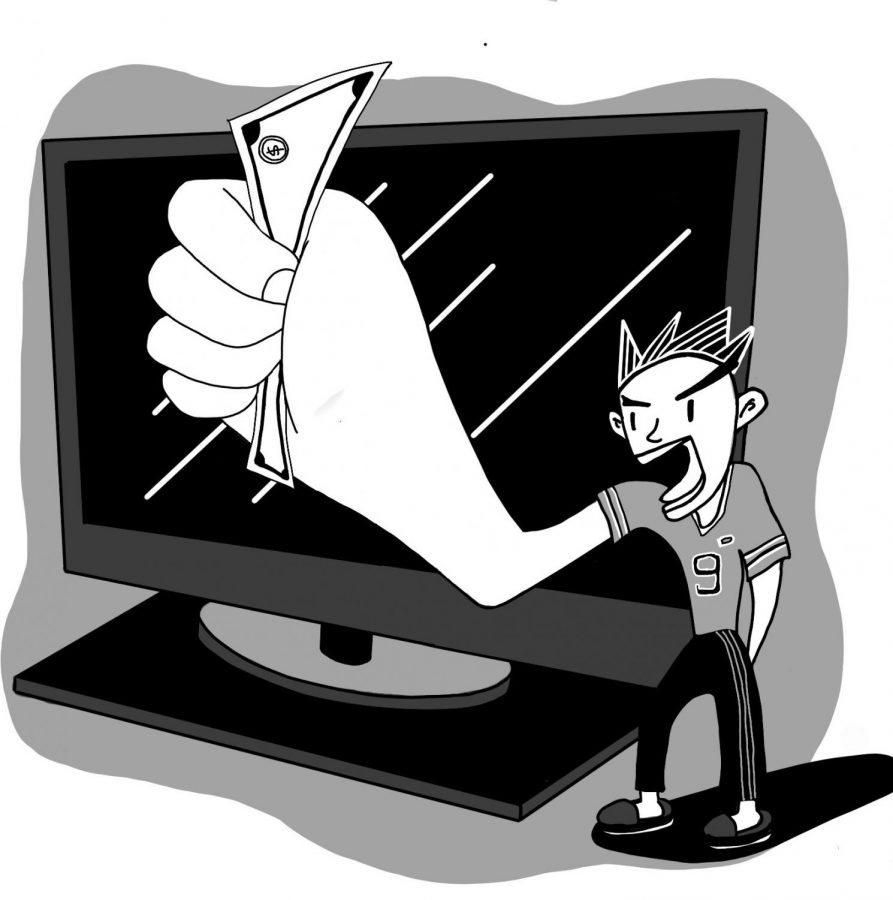 While many professional sports teams are located in New York, the state has one of the smallest sports betting markets in the United States. This is largely due to the fact that online betting is currently illegal in New York state.

Junior John Doe* starts off every week with a text to his bookie to place his bets for the weekend’s NFL games. He first takes a look at the spreads for each game, drafts parlays, and considers the money line for each matchup. He thinks about what he saw last week. He thinks about what teams he’s “hot on.” He gets a feeling, places the bet and waits for the weekend to see if it “hits.”

“I know lingo is kinda confusing,” he said. “I had no idea what any of these words meant, and now I use them everyday.”

In New York state, online and mobile sports betting is illegal. Despite having the third most professional sports teams and having the fourth largest population of any state, New York harbors one of the smallest legal markets for sports betting in the United States. In 2019, with legal betting left exclusively to tribal and commercial casinos, New York’s betting handle, or total amount of money wagered, was $7,783,426. In contrast, in New Jersey, where online betting is legal, the handle was $4,500,000,000, 80% of which was from online or mobile betting, despite the state having less than half of the population of New York.

The current regulations in New York promote gambling in two capacities outside of a casino: crossing state lines into states like New Jersey where mobile betting is legal or unregistered betting, which is unregulated by the state.

Sophomore John Miller* bets by traveling to New Jersey where e-betting is legal.

“I don’t bet that often,” he explained, “but my brothers like to bet like every week. Sometimes my family drives over the Tappan Zee Bridge in half an hour to New Jersey and stops in a parking lot, all so my brothers could bet on football.”

Many New York residents do the same thing. In fact, 20 percent of New Jersey’s handle is made up of wagers from New York bettors who have crossed state lines.

However, this option is not available for all people, especially for those who are under 21 and still can’t legally bet in most states.

Like Doe, many teenagers are left to bet in underground pools, usually organized by a bookie, an individual who collects bets and pays out at the end of the week. While betting in this manner is untaxed and convenient, it is also less secure.

Doe said, “Some people do something called ghosting. They make a huge bet with a bookie, and if they lose, instead of paying, they just block them on Snapchat, block their number and never talk to them again.” He continued, “The scary thing is that some bookies can track your IP address through the betting website.”

Doe recounted his friend trying to get out of paying $500 that he had lost gambling.

“His bookie said, ‘Nice try,’ and threatened him by sending him his family’s address.”

Despite the risk, Doe described the feeling of winning a bet.

“It’s exhilarating,” he said. “It just feels like you’re a freaking genius. You say ‘I knew that was gonna hit. I’m a freaking beast.’”

Miller echoed the same sentiment: “You feel like you’re a fortune teller. It’s like having five tests in a row and acing them all,” he said.

More so than the money itself, Doe explained the impact betting has on his enjoyment of a game.

“I bet for the first time when a big college basketball game was on. I asked my friend if I could place a bet with his bookie, and then we sat there for two hours watching a game that meant nothing to us. All of a sudden, I had two hours of just pure adrenaline and exhilaration. Betting just turned nothing into something,” he said.

Similarly, Miller often bets on parlays–bets that are contingent on multiple things happening.

“Every shot or rebound helps to make the bet. The thrill lasts throughout the entire game,” he said.

Currently, New York loses all of the potential tax revenue from bettors like Doe and Miller, a loss that could be prevented by allowing mobile and online betting. When betting is state-regulated, profits from a bet are subject to taxation. However, in the wake of the COVID-19 pandemic, New York State regulations may change.

During the past year, the pandemic has diminished New York’s budget to an estimated 50 billion dollar deficit. A deficit that gambling could help to resolve.

“New York has the potential to be the largest sports wagering market in the United States, and by legalizing online sports betting, we aim to keep millions of dollars in tax revenue here at home, which will only strengthen our ability to rebuild from the COVID-19 crisis,” he said.

Miller addressed the possibility of being able to bet in New York.

“I hope they legalize it. It would save my family a lot of gas money.”

*Note: Neither of these names are the students’ real names, but rather aliases.