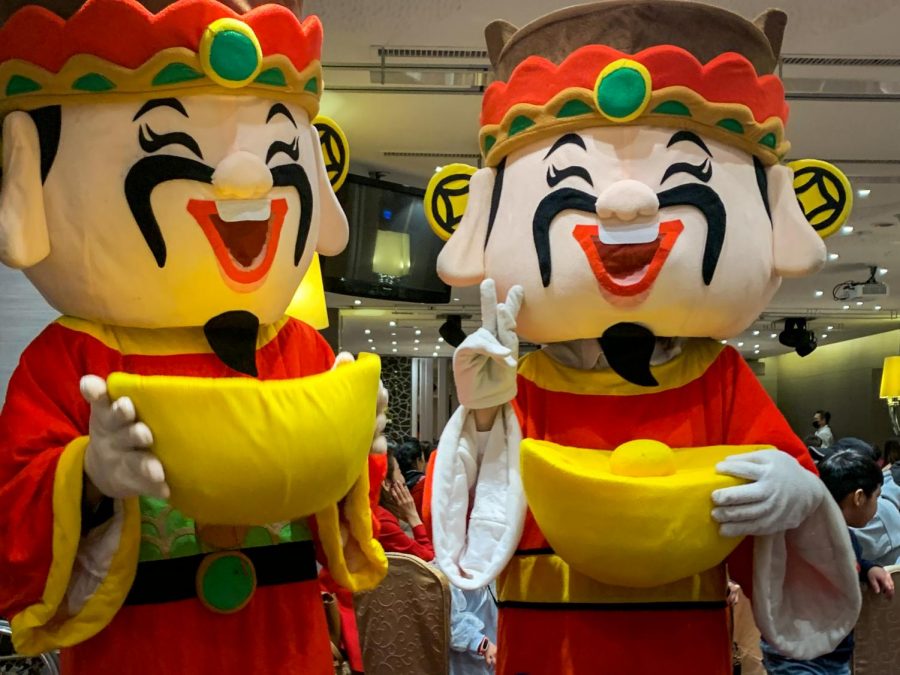 Many people dress up in celebration of the Lunar New Year. Due to the pandemic this year, many international students across east Asia were able to celebrate in person with their families for the first time in years since they began boarding at Masters.

This past January marks the first time in years that many international students from Asia have been able to celebrate their most important holiday, the Lunar New Year, at home with their families.

In the Chinese Zodiac calendar, there are twelve animals that rotate every twelve years; 2021 is the year of the ox, the second animal in the cycle. The ox symbolizes strength, confidence, and fairness; people born in the year of the ox may inherit these traits.

Senior and International Club leader Stellar Son was excused from her classes for two days and said she was grateful for that time. “Even just in those two days off, I was able to live in Korea’s time,” Son said. She was able to hangout with her Korean friends and families.

“I really appreciated how the school allows us to have a day or two off, so that we can celebrate with families and friends,” Son added.

The Lunar New Year is the time to gather with families and  many people living in major Chinese cities like Shanghai or Beijing travel to their hometowns, which are often in rural areas, to celebrate. During the holidays, around 400 million people travel all over China each year, making it the busiest travel season of the year. However, due to COVID-19 restrictions, Wang was not able to visit his grandparents in his hometown of Cixi.

“Usually I would go back to my hometown, somewhere in South China, but this year, I stayed in Shanghai,” Wang said.

Wang is not alone. Traditionally, cities like Shanghai, would be “empty” because everyone is in their hometowns. However, this year, the Chinese government sought to concentrate the population in big cities and avoid mass travel among potential virus carriers. So, while traveling to his hometown would be unfavorable, Wang’s grandparents and uncles instead traveled to Shanghai for the gathering.

Son was only able to celebrate with her immediate family in South Korea. Compared to China, South Korea has seen a recent spike in COVID-19 cases and therefore the government only permits gatherings with up to five people.

Since he would normally be in the dorms when holiday celebrations take place, Wang said he cherished this “precious” opportunity.

In  previous years, the International Club has celebrated the Lunar New Year on campus with karaoke, dancing and traditional food including dumplings, fish, oranges and many more treats; the foods usually symbolize good wishes, either through name or appearance. For example, fish in Mandarin sounds similar to the word for leftovers, which isn’t a bad thing because it means that there will be leftovers in the year, and it will be a prosperous year.