Through the Window: An in depth look at the Cybersecurity Team 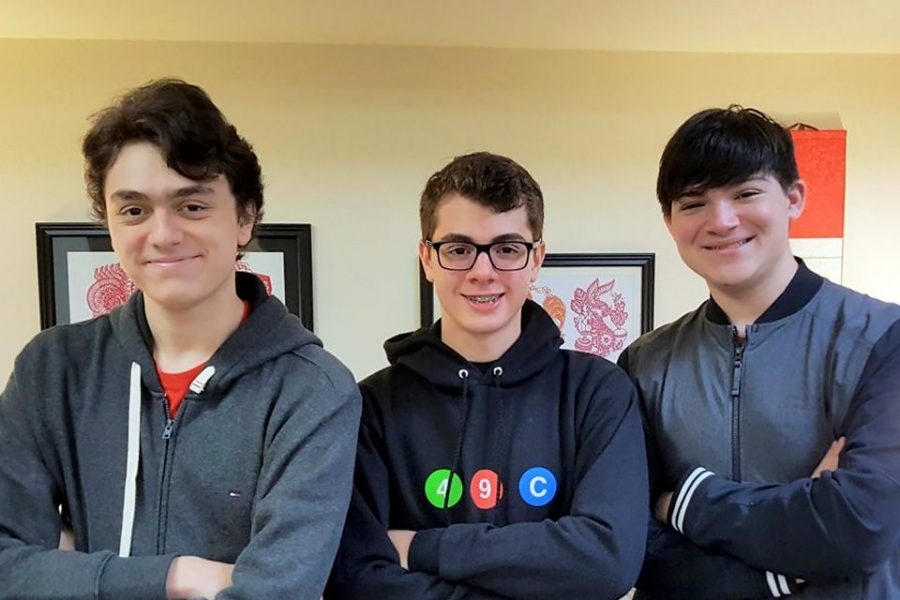 Senior captains of the cybersecurity team Brandon Zazza, Matt Napp, and Zach Battleman (left to right) stand together for a photo taken in Jan. 2020. The team has seen national success at cybersecurity competitions recently.

Seniors Zach Battleman, Brandon Zazza and Matt Nappo have single-handedly represented Masters in the American Air Force Association’s Cyber Defense Competition for the past three years. Participating in two or three official events per year, they have dedicated countless Saturdays to these roughly six-hour-long challenges, and have progressively improved in state and national rankings. Although these competitions require students to possess a significant understanding of computers, specifically the Windows and Linux operating systems, Nappo said that the underlying principle of the competition is relatively straightforward.

“There is a thing called a virtual machine where you can essentially run a computer inside a computer. It has different programs installed on it and it’s a whole different system, and that virtual machine image has a lot of security vulnerabilities in it which are intentionally put there by Cyberpatriot,” he said. “It is your team’s job to find the security holes and patch them. Every time you find a vulnerability you get points and teams are ranked based on the number of vulnerabilities they find in six hours.”

Nappo noted how even with a great deal of experience, the competitions often present problems that the team has not dealt with in the past.

“The thing about the competitions is that you often spend a lot of time looking for stuff that’s not there. That’s why a lot of this is trial and error. We have made a whole list of all the vulnerabilities that we have found in the past, but Cyberpatriot is always creating new ones. There’s a lot of investigating that is going on; running commands to see which processes are running on the computer and inspecting that list,” he said.

Although the effects of COVID-19 have rendered many clubs and competitive teams unable to participate in their respective craft or sport this year, the cybersecurity team has been relatively unaffected due to the fact that their competitions have always been virtual.

“Since everything is virtual nothing has changed in that aspect, but just being at school with the team and having the ability to help each other out has changed a lot. We still do our best to hop into a breakout room to help each other but most of the time it’s us going in there, doing what we are doing, and asking questions along the way,” Zazza said.

In their most recent competition, the senior-triumvirate, who are now joined by juniors Andrew Chang and Sam Felgran, and freshman Teddy Meyer, placed 3rd in New York State, putting them in the 95th percentile, and finishing in the top 10 percent nationally out of the 1578 teams that participated. These are the best results that the team has ever achieved; a remarkable accomplishment given that they had to devote a significant amount of time to teaching the three newcomers on the team this year.

Felgran said, “The image was on Zach’s computer but I was on Zoom trying to help him out by doing some research, looking at checklists, and going through all the different things that might give us points. I’m definitely learning a lot from Zach as I go through the whole process with him. He’s teaching me all these settings that I never knew about, different ways to get points, and I think I’m starting to get the hang of it.”

Battleman, Nappo, and Zazza, all of whom joined the cybersecurity team four years ago, have dedicated a great deal of time to ensuring that the team will continue to thrive in competitions long after they graduate.

Zazza said, “Everybody is kind of learning at their own pace. Seeing as this is our last year as seniors we are trying to pass on our knowledge to the younger generation who will pick up where we left off.”