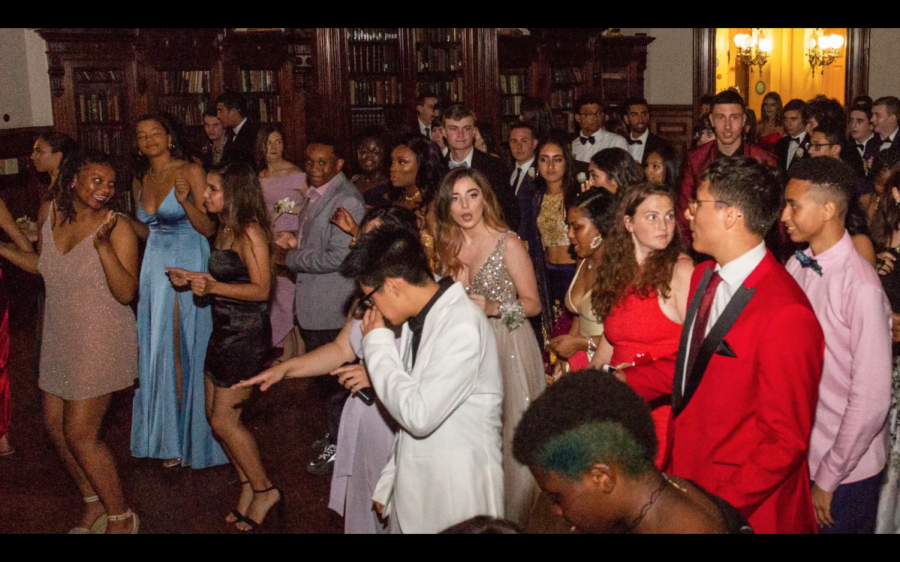 Prom from 2019 being held in Estherwood Mansion.

This past year has seen many disappointments in the form of important events ranging from sports events, graduations, to the junior-senior prom being cancelled in the spring.

However, fortunately this year at a recent Senior class meeting it was announced that there are plans to host a senior prom this year. While specific details are lacking, what is confirmed right now is that the event will be held outdoors. Furthermore, unlike previous years where the upperclassmen could bring friends from outside of school or from other grades, this year prom is definitively seniors only.

Senior class co-president Carolyn Hohl said, “We are really excited about the fact that we have the chance to have a senior prom this year, especially in such a crazy senior year, it is so nice that the administration is allowing this to happen, and making sure that senior prom happens.”

Fellow senior class co-president Zachary Battleman fully agreed with that statement, adding, “After such a hard year for so many of us, it’s nice to have something to look forward to. I know many seniors were worried about not having prom and graduation, which are essentially the hallmarks of senior year, so I know I speak for everyone in the senior class when I thank the administration for allowing this to happen.”