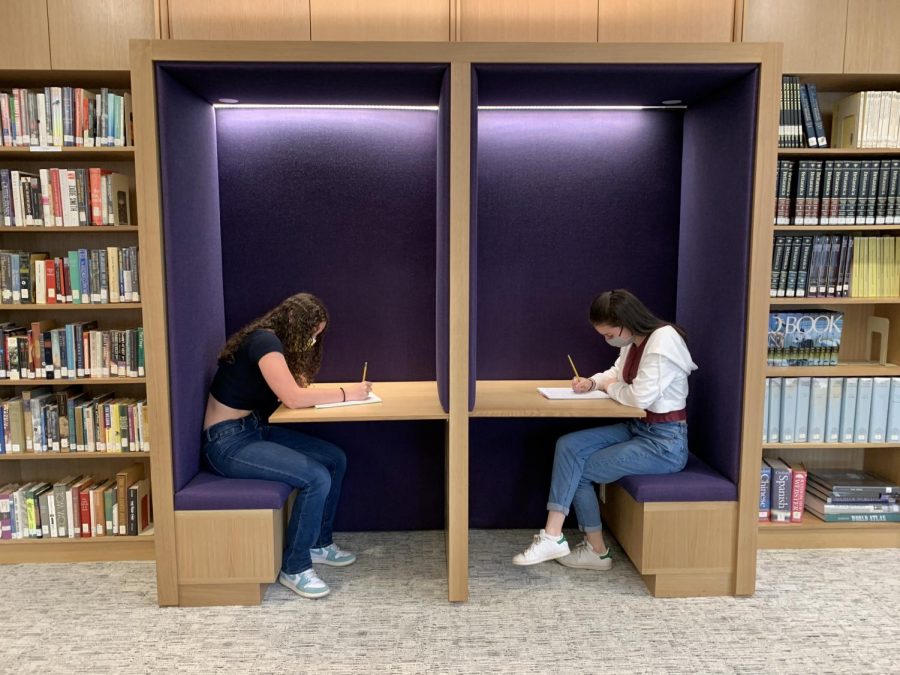 Students sat for the exam on April 13. 74 students in total took the exams, many having studied for months prior.

After a 16 month hiatus, Masters resumed offering the ACT and SAT on Tuesday, April 13. 74 students opted to sit for the exams, which were offered exclusively to Masters juniors during the school day. This marks the first time the exams have been given during the school day and that a standard administration of the ACT has been offered in recent Masters history.

Director of College Counseling Adam Gimple said that providing the testing during school hours was a necessary step in the context of this year.

“Prior to now, we, as an institution, were not going to prioritize standardized testing over our students’ academic experience for a school day exam. However, given the landscape–the limited access to testing, the safety of going to a test site, the cancellation of tests–administration decided we needed to explore alternatives to support our students and their families,” Gimple said.

Junior Morghan Lavery has faced many of these challenges over the past few months. Lavery had prepared to take the October and December ACT’s at test sites that both canceled just days before the test. Lavery finally was able to take the exam in February, 4 months after she had anticipated.

“I’m happy I took it, but by February I was like ‘I’m doing this once and it’s done. I don’t care what I get.’ I couldn’t go through the whole process of signing up for the test and then it not happening again,” Lavery said.

However, with the threat of cancelation less likely, Lavery, among other students, have opted to sit for Tuesday’s exam, a relieving opportunity for many after a year of postponements and limitations.

“Now, when I’m sending my results to schools, I won’t feel as if my score is not a true representation of how I can do on the test. This helps to eliminate some of the stress,” Lavery said.

Testing Coordinator Sara Ann Eismont explained that the idea for the school day exam was rooted in the pursuit of promoting student success.

“It’s important to give students a shot and make sure that if taking the SAT or ACT is part of their plan, they’re able to take that test,” Eismont said.