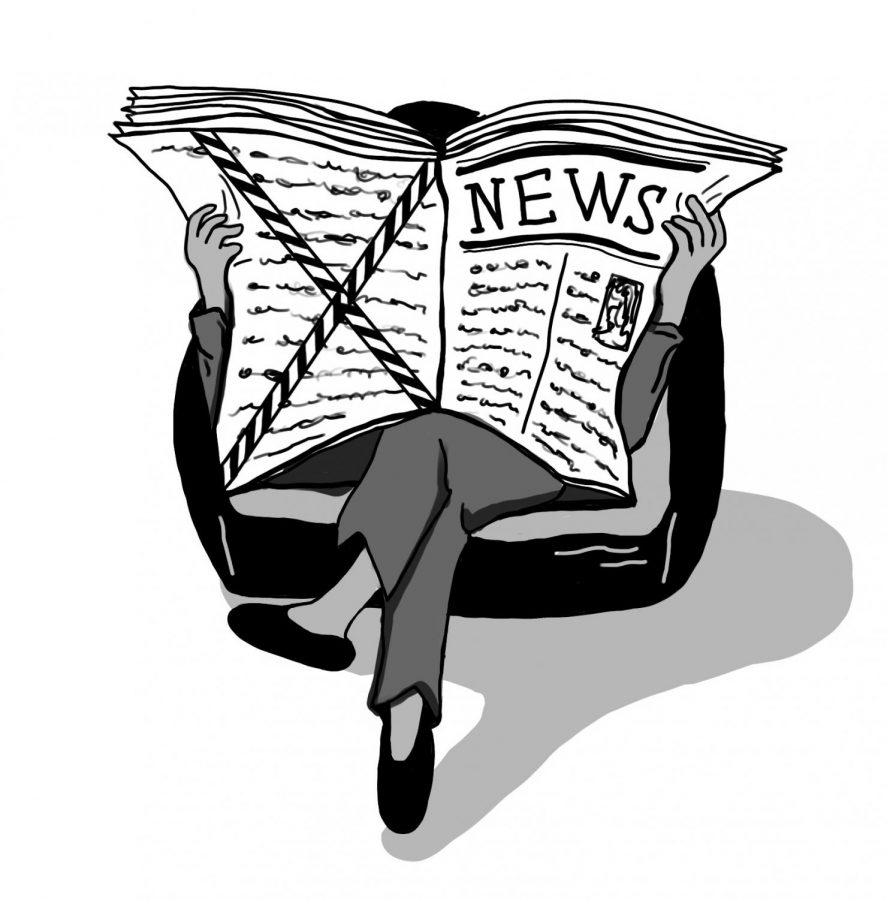 The Mahanoy Area School District v. BL case, which was heard by the Supreme Court on April 28, may have a pivotal impact on student free speech.

A high school cheerleader’s right to post an expletive-ridden Snapchat rant against her school won’t just set a new precedent for student free speech across the nation––it will define the legal validity of a crucial press freedom for public school student journalists.

18-year-old Brandi Levy, the cheerleader in question, is a former student at Mahanoy Area High School in Mahanoy City, Pa. When she was 14, Levy posted a Snapchat cursing out her school and her cheerleading team after she was cut from Mahanoy Area’s varsity cheerleading squad. The Snapchat was screenshotted and obtained by the school, who suspended Levy from cheerleading for a year.

Levy’s family sued the school district, and the case worked its way through the judicial system, landing on the bench of the Supreme Court. Oral arguments were heard on April 28, and when the court’s nine justices come to a decision, a crucial precedent will be set: either that public school students should be protected from punishment for what they say about a school off school property, or that student speech off campus should still be subject to administrative discipline. For the sake of preserving the first amendment rights that student journalists rely on and deserve, Levy’s right to free speech must be protected in the Mahanoy decision.

The case has ranging implications on student free speech, but its potential effect on student journalists in public schools cannot be overlooked. Should Levy’s legal team lose the case, off-campus speech––potentially including an independent student-run news site––could still be subject to disciplinary action or censorship.

Student journalists could face the inability to publish content on an independent website when their work is censored from a print or online edition of their student publication by administrators.

While not necessarily a common tactic taken up by student reporters, the ability for student journalists to avoid administrative censorship by publishing on independent sites is a crucial student press freedom.

Student whistleblower speech––similar to student journalism in its ability to hold an administration accountable––could also be vulnerable to limitations should the school district win the case.

The loss of these freedoms would be a devastating blow.

Without the avenue of independent publication available, student journalists would likely see administrators feel increasingly entitled to censor good reporting, because students would have no way to leverage the potential for the work to be published independently. Holding those in power accountable is a fundamental tenet of journalism, and by extension, holding school administrators accountable is a fundamental tenet of student reporting. It is dangerous and unjust for administrators to have the unchecked power to censor a story that holds them accountable.

SPLC Senior Legal Counsel Mike Hiestand, who co-authored SPLC’s brief in the case, drew a connection between Mahanoy and the Hazelwood School District v. Kuhlmeier case from 1988––a landmark case for student journalism which established that public school student newspapers which don’t establish themselves as student forums are subject to lower levels of constitutional protection than student newspapers established as student forums.

Hiestand said that Hazelwood, which was widely seen as a loss for student press freedom, marked a “climate change” in student journalism, one in which administrators began feeling empowered to censor content. And while the case only legally impacted public schools, he said the effects of the case seeped into independent schools as well.

“The fact that student journalism as a whole took a hit with [Hazelwood] did have an impact on student journalism at private schools. It emboldened them. It made censorship not quite the bad thing that it traditionally was,” Hiestand told Tower, adding that the idea of administrative censorship of student speech off campus had a “big brother element” to it.

It is easy to write off student publications as an amateur form of media unable to break impactful news with real-world consequences. Countless examples prove that to be false. In fact, student publications’ proximity to the inner-workings of the institution they cover allows for a unique ability to do meaningful reporting that would otherwise be glossed over by professional news sources.

Take the Booster Redux, the student newspaper of Pittsburg High School in Pittsburg, Kan., which unearthed its school’s soon-to-be principal’s illegitimate educational credentials, for example. Or turn to The Graphic––Amherst Regional High School in Amherst, Mass.’ student newspaper––which broke the story that its school was using incarcerated labor to reupholster seats in the school’s auditorium.

When The Telegraph, the student newspaper of Herriman High School in Herriman, Utah, wrote a story on the dismissal of a teacher who allegedly inappropriately texted a student, administrators censored the story. In response, the staff of the paper created an independent website to publish the story––putting the article out of reach of administrative censorship. With the restrictive precedent that could emerge from Mahanoy, administrators could have had legal justification to shut down the independent website as well, just to keep their school’s reputation intact.

And student whistleblower speech in general can be just as crucial to holding school administrations accountable. For instance, a picture of maskless students walking the crowded hallways of North Paulding High School in Dallas, Ga. at the beginning of the school year went viral, and led to a national discussion on social distancing in schools.

Understandably, much of the coverage and discussion around Mahanoy has not focused on the case’s potential effects on the student press––debates have more frequently centered around general student speech off school grounds. But it is important to be aware of the consequences student media may face. Stand up for student journalists, and stand up for the preservation of transparency and accountability in our schools.