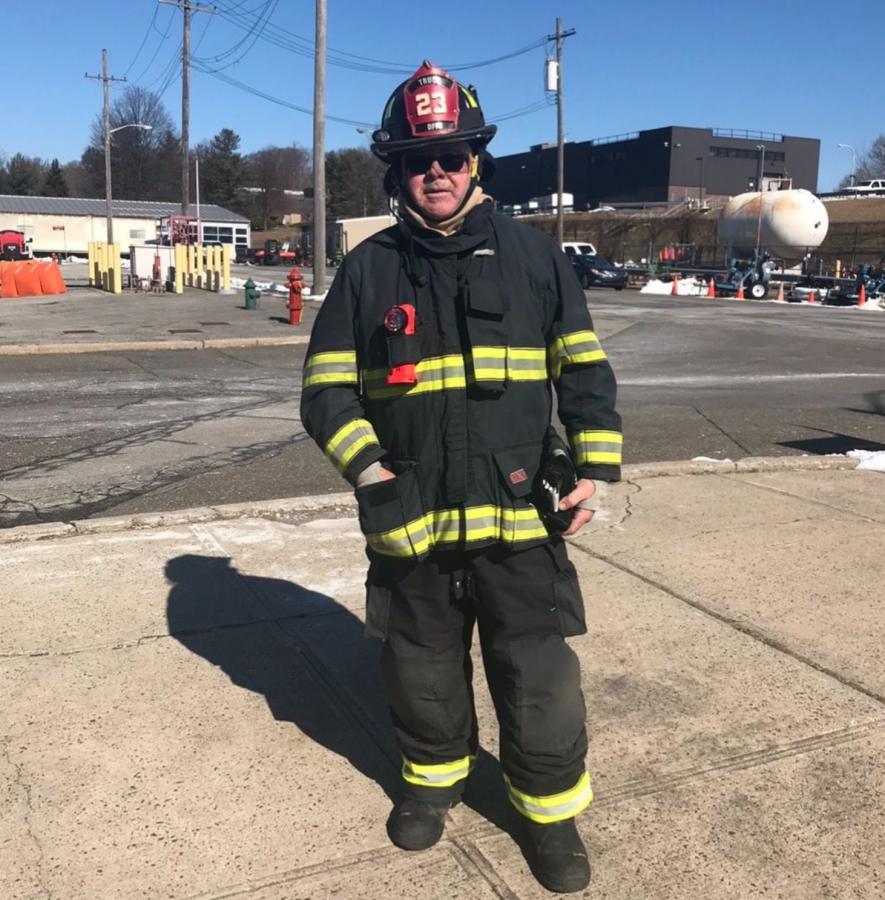 Director of Facilities Craig Dunne was recently promoted to captain of Tower Ladder 23 at the Dobbs Ferry Fire Department.

Many know Craig Dunne as the campus Director of Facilities. He is often seen around campus managing heating and plumbing repairs, overseeing school renovations and taking care of all buildings. But when Dunne is not working on maintaining Masters’ facilities, he is rigorously training at Dobbs Ferry’s volunteer-based Fire Department, where he has recently been promoted from Second Lieutenant to captain of Tower Ladder 23. Dunne said he has been eager to take on this position and fulfill his new responsibilities as captain.

“I love firefighting, I love the training, I love the fire department and I love doing this service. This promotion will put me in the lead of my own piece of apparatus––the Tower 23 Ladder––along with a crew of eight guys,” he said.

Dunne attributes his successes in the fire department to his training––he spent three years working to reach the captain qualifications. His training included exterior firefighting, interior firefighting, truck operations, engine operations and officer training, all of which is state mandated. Now, he helps lead weekly training with his crew every Tuesday.

“Training is a constant in the fire department, if you want to be an officer and continue to climb that ladder, you have to train,” he said.

Vedran Mazibrada, a firefighter who has worked alongside Dunne since late 2017, expressed admiration and respect for his newly promoted captain, describing him as a person with “excellent leadership skills, incredible life experience, loyalty to his friends and co-workers and knowledge on firefighting.” He was one of the firefighters who voted Dunne into his new position.

“Firefighting is one of the most dangerous professions in the U.S., so whenever you are working with something like that, you need to have a leader you can trust 100%. And I absolutely trust him [Dunne], which is why I am really happy that he became the captain.” Mazibrada said.

Dunne aims to ensure the safety not only of the people in Dobbs Ferry, but also his crew of eight men fighting alongside him.

“I’m looking forward to more training and being in charge of the apparatus and getting my crew together. I want to put together the best Tower Ladder with the best trained guys.”