Letter to the editor: a different perspective 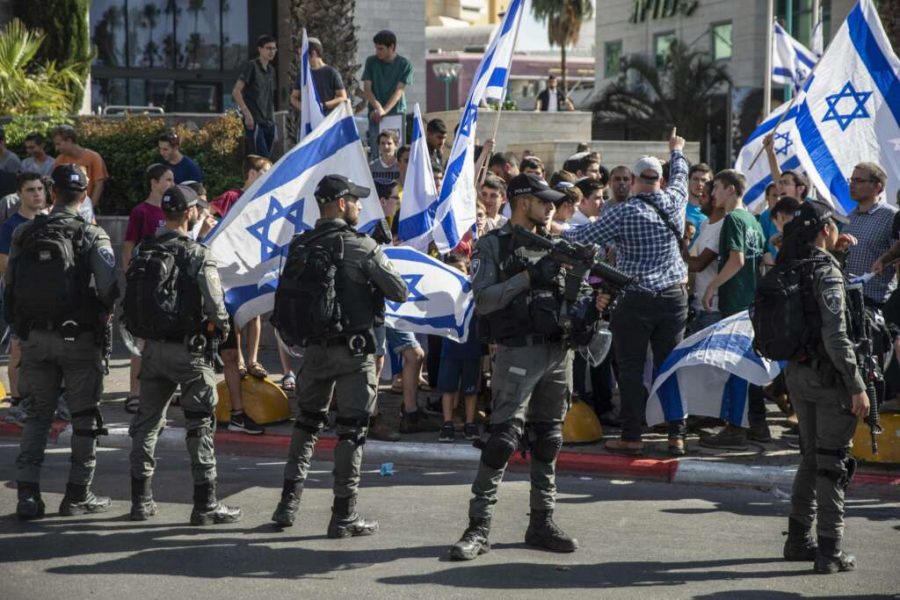 Unfortunately, I, along with everyone, else have witnessed the violence taking place in Israel and the Gaza Strip this past week and a half. There have been many different opinions on the conflict and it is great to see so many people sticking up for their beliefs. However, it is very important to know the history and facts to make sure you form a fair opinion.

Israel was legally created by a partition plan proposed by the UN that also gave the Palestanians their own state in 1947. Israel supported the partition plan, however, the Arab nations of Lebanon, Syria, Iraq, Egypt, Saudi Arabia, Jordan, and more refused this plan as they did not want Israel to exist. Five Arab countries attacked Israel with their stated goal of “driving the Jews into the sea” (2). Instead of having peaceful coexistence between the two nations, the Arabs wanted to remove all Jews from the Middle East. It is archaeologically true that there have been Jewish populations living in what became the State of Israel for the longest when compared with other ethnic groups (8,9). Also, a majority of Jews that are living in Israel are not “European Colonizers”. They are actually from Arab Countries and Africa, where Jews suffered discriminatation, pogroms, and were forced to leave their homes (7). Israel survived the war, while Jordan annexed the West Bank and other Palestinian territories, and Egypt took control of the Gaza strip. Sadly, both Israel and Palestine could have existed peacefully.

In 1967, Israel again was attacked by Jordan, Egypt, and other Arab nations who still refused to accept the Jewish state. Israel took control of the Sinai Peninsula, Gaza and the West Bank at the end of this war. Israel gave the entirety of the Sinai region to Egypt in exchange for peace in 1993. Later, Israel then left the Gaza strip in 2005 and forcibly removed a large Jewish community that lived in Gaza to Israel. These people still feel the effects of that move, but it was all in exchange for peace.

Hamas, a radical Islamic organization, has been attacking Israel from Gaza since taking control of it in 2007 (12). Hamas has a sworn goal of destroying Israel (10). This is not because of one issue. When tempers flare over disagreements like the ones of today, Hamas takes advantage of this to bring about hatred and violence against Israel and the Jews. When an issue about an eviction of six families was brought to the Israeli Supreme Court, Hamas sent thousands of rockets towards Israel. Luckily, Israel has a strong defense system with the Iron dome and actually cares about their citizens. Israel cares more about the Palestinians than Hamas does. According to the Toronto Sun, Hamas have used human shields as well as children to rush the border fence of Israel (11). Israel has only targeted terrorist operations in Gaza and they give warnings to the people before carrying out the attacks. Sadly, Hamas sacrifices its own people to further its cause of the destruction of Israel. This is why, in my opinion, there are many more Palestinian casualties than Israeli. In fact, hundreds of rockets sent from Gaza to Israel have fallen short of their target, landing in Gaza and killing many Palestinians there.

Some people conclude that Israel is the perpetrator either from lack of knowledge of the facts, or having their own agenda to see Israel destroyed. No other country would allow itself to be attacked weekly by missiles and would stand by and allow its citizens to be murdered, so why would Israel?

Israel has, and will always have, a right to defend its land, culture, religion, and citizens including Israeli Arabs. As a Jew, I fully support the State of Israel and take these issues to heart. Since the Temple period, Jews have never had a land to call their own. Over the centuries they immigrated from country to country, hoping to live in a place where they could practice their religion in peace. In 1492, the Spanish Kingdom exiled and murdered a historically vibrant Jewish culture. Recently, Spain has realized their mistake and descendents were allowed the right to return to Spain. The use of Jewish people as scapegoats reached its peak, however, during the Holocaust.

Led by Hitler, six million Jews were murdered by Nazis in Germany and Poland and they had nowhere to go. No country, including America, would take in the large numbers of Jewish refugees. In fact, the Grand Mufti of Jerusalem during World War II (when the land was under British Mandate) was a strong ally of Hitler and met with him personally. If only Israel had existed then. Thankfully, Israel has made our people stronger. Jews will have a land of safety where our religion is welcomed and embraced. Imagine after two thousand years of persecution, finally having a piece of land the size of New Jersey where your people, and many peaceful Muslims, Christians, and yes, even Palestinians, can live in a promised land. But, people who claim to stand with a violent terrorist organization deny you that chance. If the Arabs drop their weapons, there will be peace, but a slaughter and full blown war if Israel drops her’s (6).

To conclude this article, I want to make clear that Israel is not an Apartheid State. Israel has given Arab-Israeli citizens full rights and access to the same opportunities Israelis have. Most Israeli Jews and Arabs want to live together in peace, and thankfully the Israeli government and Jewish leaders have condemned violence on both sides. It is a threat to both the security of Israel and the Jewish people as a whole.

This brings me to my final point, Jewish people should feel connected to Israel and support it during these worrying times. After reading this article, I might not have changed your opinion on this conflict, but I hope I opened your eyes to a different perspective. Thinking about this conflict with an open mind and knowing the facts should help to discuss and work through these issues. I am happy to hear your questions and thoughts.