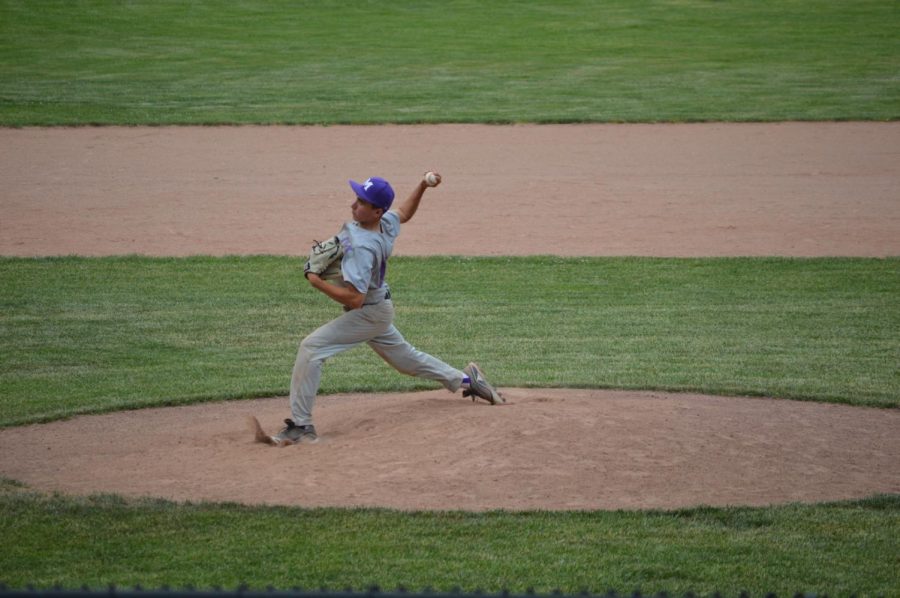 Masters varsity baseball had its senior day celebrations spoiled by the Rye Country Day Wildcats, who routed the Panthers 10-0 in seven innings in Sunday afternoon’s season finale at Clarke Field.

For Masters, it was a sour end to a short season—the team played just two games due to restrictions from the COVID-19 pandemic.

The Panthers continued to struggle at the plate, as the Rye Country Day pitching staff, led by starter Chris Suter, shut down Masters’ lineup. The Wildcats’ pitching especially shined when facing runners in scoring position, stymieing rallies in the bottom halves of the first and sixth innings.

Freshman pitcher Henry Hübner gave the Panthers a second solid outing in a row, this time as a starter. Although Rye Country Day hit an inside-the-park home run in the first at-bat of the game, Hübner quickly settled in, pitching 5 innings before Freshman Leo Horton took over in the bottom of the sixth.

Although Masters Head Coach Dale Mueller recognized the team’s struggles in the contest, he remained positive in his outlook towards the future.

“I think we ran into a bit of a buzzsaw with their best pitcher on the mound today, so we were a little overmatched in that regard, but I like the way we battled and the way we played and I like what we have going on here in the future,” Mueller said.

After the game, the team’s four seniors—Justin Small, Nick Albani, Jason McGuire and Eric Solomon—were honored in front of the home crowd for their contributions to the team.

McGuire called the moment “bittersweet” as he reminisced on his time with the team.

“These four years have been amazing,” McGuire said. “Just a great group of guys, and the three other seniors that I got to play with and graduate with together, we’ve all been on the team all four years, so after Covid wiped out our season last year, having one final game and being able to play all together means a lot.”

Mueller, who was hired as the team’s head coach the same year that McGuire, Small, Albani and Solomon were freshmen on the team, spoke highly of the group of seniors.

“They’re four guys that epitomize Masters baseball. They’re here every day, they’re working hard, they’re leaders of their friends and peers, and underclassmen, so kind of a heartfelt goodbye for these guys because they’ve worked their tails off for four years. They’ll be missed, but I’m really proud of their efforts,” he said.