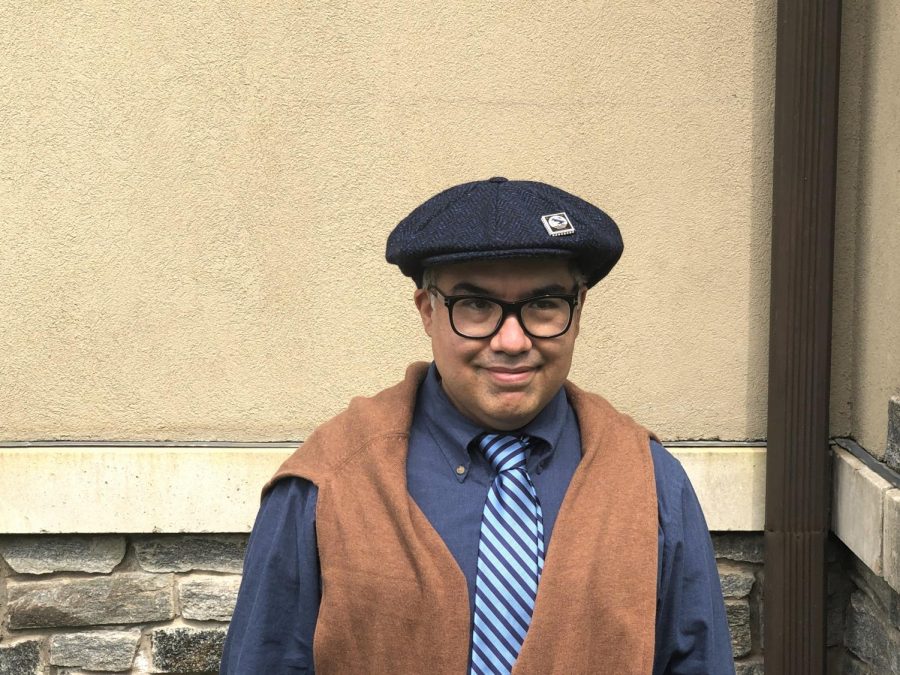 Upper School English Teacher Miguel Segovia will be taking over as class dean of the class of 2023 due to the current dean Matthew Kammrath's departure at the end of this year. Segovia said he is exited to step into the role and engage with the students in the class of 2023, who will be juniors next year.

To the majority of current sophomores, Upper School Math Teacher and Co-Director of Ethical Leadership Matthew Kammrath is recognized as the Class of 2023 Dean. For the past two years, he has worked alongside sophomore class presidents to create a sense of community within the grade and run class meetings. However, effective next school year, Kammrath will be departing the Masters community after 18 years of teaching.

In the upcoming academic year, Kammrath plans to take on the leadership role of Director of The Center for Common Good at the Loomis Chaffee School in Windsor, Connecticut, where he will support student community service projects.

Current sophomore class presidents Aimee Ayala and Tyler Hack, who have worked alongside Kammrath for the entirety of the 2020-2021 school year, reflected on what Kammrath helped them accomplish in their time as presidents.

“It was a delight to work with him, because he let us take our ideas where we wanted to take them. He supported our ideas even if they were unconventional, like the block party we organized.” Ayala said.

“We couldn’t have asked for a better class dean for these past two years. He is incredibly thoughtful and thorough. We’re losing someone who is the definition of well-rounded, and he leaves big shoes to fill.” Hack added.

In his place, Upper School English Teacher Miguel Segovia will become the Class of 2023 Dean for the remaining two years and is excited to take on the challenges of his new job.

“After the difficulties the pandemic brought, I’m looking forward to being part of the community and the grade in a more full and holistic way,” Segovia said.

Segovia has never been a Class Dean before and understands that there may be difficulties in being a dean. He said, “I’m going to be paying attention and talking with the other deans who have done it, so I hope to be a student in that regard to learn from my colleagues.”

Ayala and Hack are eager to welcome Segovia’s new point of view and work ethic into the leadership role. Hack stated,“[It] will be really beneficial for our grade and the school.” Both presidents hope to take the knowledge they gained from their experience with Kammrath and implement it into future years with Segovia as dean.

“We’re very excited to see what Dr. Segovia can bring to the table. I think it will be great to experience a new dynamic.” Ayala said

“And we can’t wait to gain a new perspective.” Hack added “Mr. Kammrath is so amazing that he has rubbed off on both of us, and we will take what we learned from him with us while gaining another perspective from Dr. Segovia.”

In his new role, Segovia wishes to continue and finish the work that Kammrath began, acknowledging his vision for the role while also incorporating his own. One of the most important things to both Segovia and Kammrath is keeping the Legacy Stone symbol intact. Kammrath gave each sophomore a stone with the word “Legacy” on it, and were promised that if they kept their legacy stones until senior year and kept asking themselves “What legacy will I leave at Masters?”, they will receive a prize at graduation. Segovia revealed that keeping this tradition is “at the top of my list” for things he wants to do as Dean.

Much to his surprise, when Kammrath announced his leave, he was met with many sophmores asking what will happen to the stones, because they had kept the stones with them ever since they received them.

“It actually really surprised me that it was something that people, they never talk about it, but they know where it is and they were ready for senior year. But if there’s one thing I do with Dr. Segovia, I’m gonna make sure that the stones and the gift remain. If I have to come back and give you all a gift myself, I will,” Kammrath said.

Segovia will not be the only new dean for the next school year. Director of Global and Civic Exchange Robert Fish will take on the role of class dean for the Class of 2025.