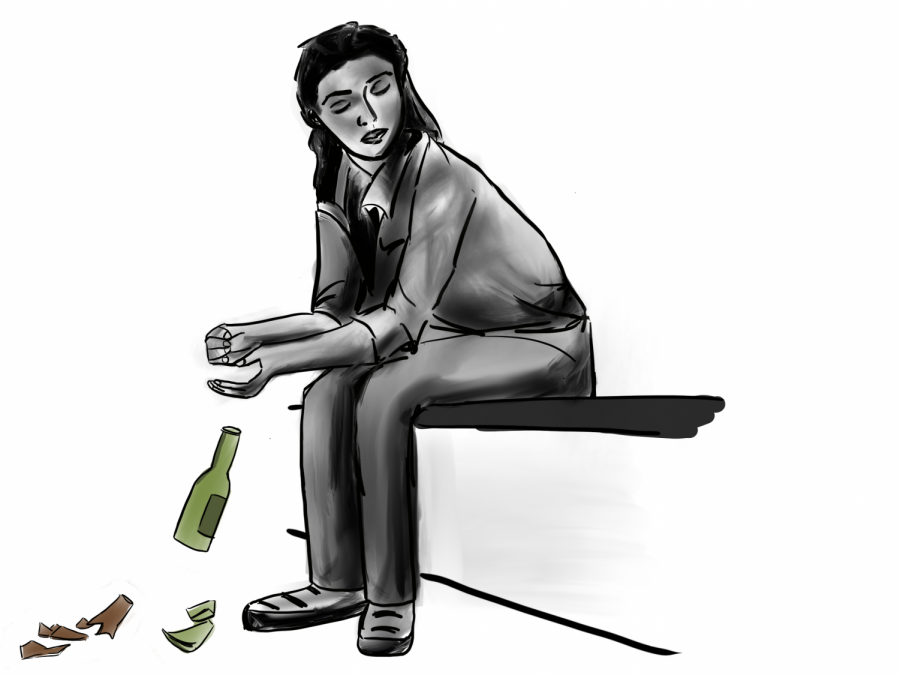 The one-strike substance use policy was reformed this year, in order to better align the purpose of the policy and the mission of the School.

After years of conflict and contention, Masters’ current one-strike policy regarding drug and alcohol abuse will be removed and replaced by a broader policy not limited to automatic academic dismissal.

The one-strike policy, also known as the “zero tolerance” substance abuse policy, was first instituted in 2011 under Chris Frost, the head of Upper School from 2001-2013. Leading up to its implementation, a widespread substance abuse problem had grown on campus, according to current Head of Upper School Peter Newcomb. In 2010, a student overdosed in his classroom, on illegal drugs sold to him by an upperclassman. A policy had to be put together quickly, and above all, one that could be enforced.

Additionally, the policy allowed random searches to be conducted without prior notice if a faculty or staff member had reasonable suspicion, and it outlined Sanctuary, now called Amnesty under the new policy in order to make the language used in the program more all-encompassing, in which, “Any student concerned about his or her own or someone else’s use of drugs or alcohol may receive help without fear of disciplinary response. Sanctuary is a non-disciplinary response to situations in which student safety is compromised.”

The health center and counseling office, who work closely with the policy, specifically those in Sanctuary, declined to comment, as they said they, “have not been informed of any of the changes” to their roles within the program.

Newcomb explained that the administration is always looking to revisit policies and procedures and reevaluate what works for the community. He said that administrators decided this shift in their substance abuse policy “felt more in line with the School’s mission and values and approach to learning happening best within a supportive environment.”

“We didn’t think it felt right to be cutting people off from a community as they struggle with substance abuse,” he said.

The new policy that has been put in place this year, according to the 2021-2022 Upper School Family Handbook, states that, “Any student who violates this policy while on campus, at a school-sponsored event, or on a school-sponsored trip will be subject to disciplinary action from The Masters School up to and including dismissal. Repeated violations of this policy will result in a separation from The School.”

Dean of Students Jeff Carnevale noted that the several Family Handbook policies have been changed significantly within the past three years, with the goal of creating “student-centered” guidelines for the community, including the sexual misconduct policy, the anti-racism policy and, now, the substance abuse policy.

“If our goal is to help students, and we recognize that this is a time of learning, the zero tolerance policy didn’t align with that,” Carnevale said.

Questions about the one-strike policy and its alignment with Masters’ mission had gained traction in recent years. Several incidents which occurred over a year-long period prompted students to begin speaking up about their qualms.

Masters alumna Nora Fellas ‘20 was an active voice in the Masters community against the one-strike policy throughout her senior year. She explained that in earlier years, she hadn’t really been aware of the policy and didn’t have strong feelings one way or another. So, when several students were dismissed for substance abuse on a school-sponsored trip to Thailand in the summer of 2019, Fellas said that, to her, it felt like the administration had “suddenly decided to enforce a rule where there had previously been a perception of a ‘don’t ask, don’t tell situation.”

That same October, 16 students, predominantly boarders, were suddenly taken out of school and faced possible expulsion for violating the zero tolerance policy in the dorms, but later moved into the Sanctuary program under the old policy.

Senior Marbod Faure was one of the 16 students involved. Faure entered into the Sanctuary program and was only permitted to return to Masters three months later, upon the completion of the required programs.

“I was breaking the policy in order to escape my own reality, which was really hard for me to acknowledge,” Faure said. “But, there was so much grey area in that handbook; we never really knew what was going to happen to us.”

Angry and impassioned about both incidents, Fellas did what she said students at Masters have been taught to do. She brought her doubts to the attention of the student government, in the form of an Executive Committee proposal. A similar proposal had been brought to Executive Committee in 2017 by alumnus Elijah Emery ‘19, which sparked a wider discussion surrounding the validity of the policy but didn’t lead to any tangible change. Fellas’ statement of rationale outlined ten reasons as to why the zero tolerance policy was ineffective and harmful to the community, including but not limited to its failure to reduce the number of drug users, its inability to differentiate between drug addiction and casual experimentation and its disproportionate effects on lower-income students.

Dozens upon dozens of students came to Executive Committee’s town-hall-style meeting to discuss Fellas’ proposal, many with differing opinions. Although a vote was never taken and the bill was not officially passed, awareness from the school community skyrocketed, and the policy became a major point of contention for the remainder of that school year.

“Throughout the year, there were speeches about drug use and the strict policy in place at Masters, but people continued to use drugs. That’s what really drove home for me that the policy doesn’t work,” Fellas said.

Policies are ever-evolving at Masters, especially ones that tackle issues of student safety and health on and off-campus. Newcomb hopes that the new policy will provide more breadth to treat each situation with the specificity it may need and that it will lower barriers for students to solicit help for themselves or their friends when it’s needed.

Newcomb said, “My hope is that the student body sees this change in the matter it was intended. Not advocating substance use, but instead putting the focus back on student learning and growth at large.”