Tots get shots: a vaccinated Masters 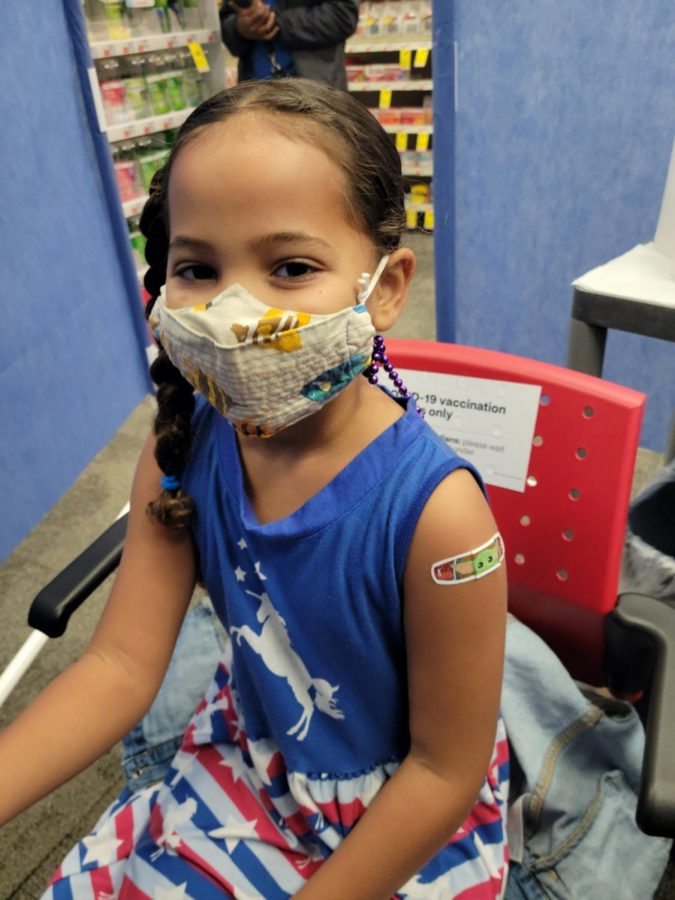 On Oct. 29, 2021, the Food and Drug Administration (FDA) authorized children ages 5-11 to receive the Pfizer-BioNTech COVID-19 vaccine. This age group has accounted for nearly 40% of the cases in the United States. Typically, those infected will experience symptoms extremely mildly like fatigue, cough or low-grade fever.

Throughout the testing of the vaccine, there have been no serious size effects and the results of this age group have mirrored the results from ages 15-16: 90.7% effective. As such, their vaccination process will match that of 15-16 year olds, except that they will be receiving two ten microgram doses three weeks apart instead of two 30 microgram doses two weeks apart, due to their weight difference.

At The Masters School, students 12 years of age and older have already completed their vaccinations, as it is mandatory at the school. For students in the Upper School, this means that normal activities have been able to resume as they had before Covid, like eating in the dining hall unmasked and attending weekly assemblies together in person. Although the entirety of the eighth grade and a portion of the seventh grade (those above the age of 12) currently have their vaccinations, the fifth and sixth graders have not been able to get theirs until now.

This has kept fifth and sixth graders separated from the rest of the community. Currently, they are unable to eat in the dining hall with the older, vaccinated students, and the middle school as a whole is not able to gather in one room for morning meetings. While the seventh and eighth graders sit in Doc Wilson Hall, fifth and sixth graders are confined to their classrooms, attending through a Zoom meeting.

Eighth grader Rohan Lavery noted the sense of reassurance he now feels knowing that the entire school will be vaccinated by the spring. Lavery acknowledged the divide within the community due to Covid precautions over the past two years, and vocalized his excitement in coming back together again.

He said, “I’m excited to start having morning meetings with the fifth and sixth graders so they can really feel like a part of Masters again.”

With the FDA approving vaccinations for those between the ages of five and 11, Masters protocols, not only for the Middle School but for the entire institution as a whole, are likely to change. Currently, Masters students participate in weekly pooled testing, which allows the Health Advisory Committee to identify students with COVID-19 as early as possible. Because this pooled testing is offered at Masters, it allows individuals with Covid to get tested three to five days after their positive test right at school so they don’t have to spend a long period of time waiting for the results. It also creates a way for Health Services to receive test results communally instead of tracking down hundreds of individual tests.

Sue Adams, director of health services, runs the weekly pooled testing system. Adams said, “Before, we were thinking that we would continue pooled testing until at least March, but if everybody in the middle school gets vaccinated by January, we are going to be in a much different place.”

Initially, the pooled testing system was critical because not every member of the Masters community was vaccinated; however, given that the fifth and sixth graders are now eligible to receive vaccinations, it is likely that the Health Advisory Committee will reassess the situation.

Adams said, “We’re aiming to have everybody come back from [winter] break vaccinated, which means we might run a test period without pooled testing to see if it is still necessary.”

As most students and faculty members are now eligible to be vaccinated, the Masters community is optimistic about the future.

Head of Middle School Tasha Elsbach is excited about the possibility of returning back to what life was like pre-pandemic.

Elsbach said, “We’ve come to this moment of hope. We thought we were going to have to deal with this pandemic with no weapon to fight it, but now we can.”