It’s lunch – and a championship is on the line! 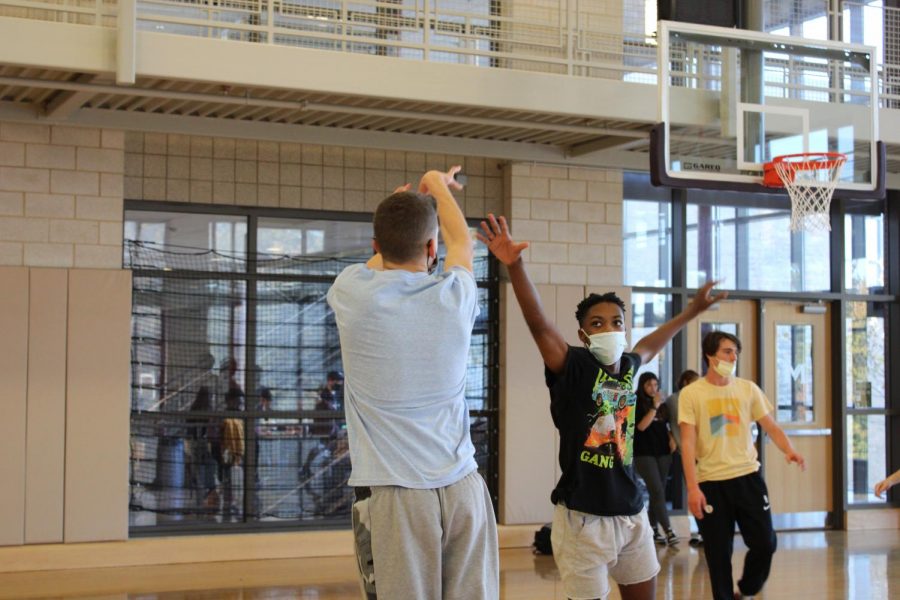 While most kids spend their lunch eating and talking about classes, the members of the Masters Rec Basketball League or Masters Basketball Association (MBA) instead do something out of the ordinary: they go head to head, tournament-style, in competitive basketball games. The MBA, founded by junior Charlie Cooper, includes 12 teams, which includes more than 80 students throughout the upper school.

Cooper created this league with one goal in mind: for the community to have casual sports events.

“I played in the Harrison basketball league [where he grew up] all throughout my childhood. I felt like it was a nice outlet for the community, where you could play with your whole town. At Masters, everyone lives in different places. I thought it would be great to achieve that sense of community that I had when I was younger.” Cooper said

Junior Cameron Lovett is part of one of the original teams called “BBB.” Lovett expressed his gratitude for the league.

“It gives us something to look forward to and allows us to be athletic during the school day.” Lovett said.

Running an active club like the MBA comes with many struggles, its organizers say. Cooper and junior Josh Barshay, co-founder, explained how Covid-19 protocols have greatly affected the league.

“It’s been a little bit of a struggle to maintain the mask [mandate] because we have a lot of kids in there.” So far the league has experienced 2 shutdowns due to violations on mask-wearing.

Logan Condon, the Athletics Director, was not able to be interviewed, but Joe DiDonato, Assistant Director of MISH and Assistant Coordinator of Student Activities/Transportation, who supervises the league during his lunch, appreciates the support from the Athletic Department.

“They’ve [the Athletic Department] allowed us to use their backboards and space. So I think they’ve been pretty accommodating so far. Could it be staffed with another person or two in the FC? I would think so. But I can handle it myself,” DiDonato said.  DiDonato expressed that as a former basketball player, he can feel for the kids who just want to have a break from school.

After the fall season of MBA is over, the league will take a hiatus for the winter season. Cooper explained that as basketball season starts, most of the participants will be occupied with the varsity or JV season. For the future of the MBA Cooper and Barshay expressed some uncertainty about what comes next.

“We didn’t really know how big it would get so I think after this season ends, we could relax for a second, take it step-by-step, and figure out what our next plans will be,” said Barshay. “Maybe we can add an all-star game or maybe even a draft for the next season.”