Opinion: The MLB Lockout shows that baseball doesn’t care about its players. 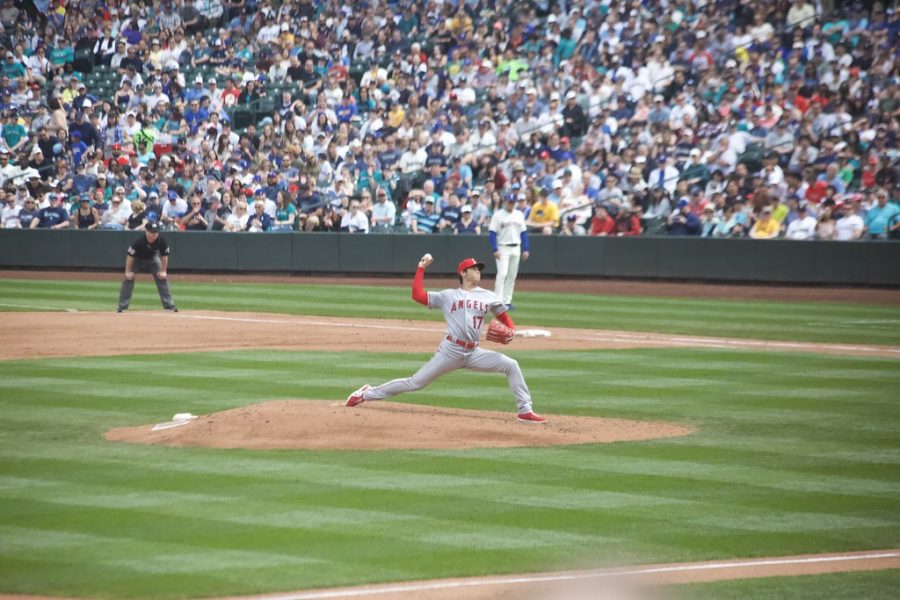 Shohei Ohtani pitching 6 innings against the Seattle Mariners on May 6, 2018.

The inevitable yet avoidable has happened. The MLB (Major League Baseball) is now in its first lockout in 26 years. On Dec. 2 at 12:01 a.m., the MLB and MLBPA (Major League Baseball Players Association) failed to come to a CBA (Collective Bargaining Agreement), causing lockout and work stoppage.

Until the MLB and the MLBPA come to a CBA agreement, there will be no free-agent signings and no trades. Players will not get paid unless they are due a signing bonus or are receiving a deferred salary payment, players can not access their team’s facilities, and players are allowed to sign and play in other leagues.

In an open letter, MLB Commissioner Robert Manfred Jr. said, “We hope that the lockout will jumpstart the negotiations and get us to an agreement that will allow the season to start on time.”  Manfred also stated that this lockout is “necessary”. On the contrary, the MLBPA released a statement on social media calling the shutdown “A dramatic measure.”

Younger players in the league aren’t eligible for salary arbitration till after their first three seasons in the league and aren’t allowed to hit free agency, where they can sign to any team they want, until after their sixth season. This results in young players making a lot less money than what they would most likely earn in the free agency market. The MLBPA wants to reduce the time it takes for a player to hit free agency, but neither the MLB nor its team owners want to budge.

With the lockout now in full swing, I can fully understand that the MLB does not care about its young players. The current arbitration and free agency rules give MLB teams more control over their younger players, especially young superstars whose production warrants more money.

Pitcher, designated hitter, and AL (American League) MVP Shohei Ohtani is currently in his fourth year in the MLB and only made $3 million this past season and will only make $5 million next season. With the historic season the Japanese phenom had, he deserves a lot more money than he is making.  Ohtani’s batting stats were impeccable this year. He was at bat 537 times having 103 runs, 100 RBI, and 46 home runs with a batting average of .257. His pitching stats were also an incredible 9-2 win/loss record with an ERA of 3.18. He could easily be earning $30 million a year rather than just $3 million, but the MVP won’t even hit free agency till 2024. He will be 29 by then.

Another prime example is the AL MVP Runner-up Vladimir Guerrero, a young player who had an excellent start to his career who will not be eligible for free agency till 2026. Guerrero’s stat line for the season is 604 at bat’s, 123 runs, 111 RBI, and 48 home runs. Guerrero Jr. only made $605,420 this year. The All-MLB First-Team First Baseman is currently 22 and will be 27 when he hits the open-market.

These are some of the most notable players who aren’t getting paid as much as they should be but a bigger list of these young players like Corbin Burns, Juan Soto, Kyle Tucker, and Sandy Alcantra.

The MLB and its owners are failing their players by criminally underpaying their players. These young players dedicate themselves to the game of baseball for 8 months of the year, March to October so their organizations make money off of them and their performances when the players aren’t earning as much money as they deserve.

The MLB wants to control these young players. Baseball teams don’t want to invest 200-300 million dollars on young players nor do they want to let players have the option to leave the team so much earlier. Though that reasoning makes sense for the MLB and its team owners,  baseball is a multi-billion dollar sport and organizations have the disposable income to pay their players more. The players deserve more money and say in their careers the fact that organizations are so adamant on not agreeing to change salary rules just clearly shows how greedy the league really is.

No matter how long the negotiations take and whether or not the lockout even cuts into a part of the season the MLBPA shouldn’t give in. The MLB owes it to their players to give them more financial aid and freedom by allowing them to hit free agency sooner in their careers. The MLBPA should not settle for anything less than their demands.