Technology use must be moderated for young children 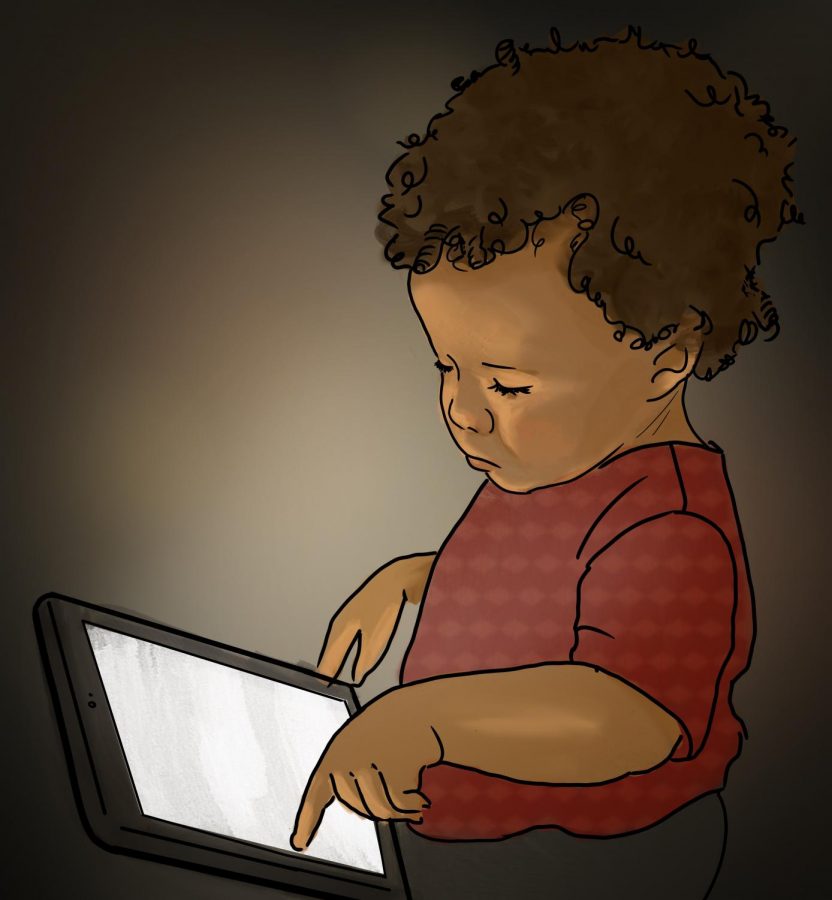 When I go out to eat and sit near families, I often see young children focused on their tablets. They are completely disconnected from what else is going on at the table. Technology has become indispensable to adults and children alike. Despite the benefits of technology, there are serious concerns about technology stunting childhood development. Parents have turned to technology as an easy method to entertain their children, but this has negative consequences. I have seen this myself. With screens easy to access as a part of daily life, young children have their own electronic devices such as iPads, televisions, computers and even smartphones. In turn, they are becoming increasingly dependent on these electronic devices, which fuels a constant demand and stifles creativity and personal development.  Some parents who work from home do not have other childcare options. As a result, they plug their children into technology as a coping and child minding mechanism.

The average eight to ten year old spends up to eight hours a day using different forms of media, according to the American Academy of Pediatrics. These trends continue for older children and teenagers who spend up to 11 hours per day using media. Additionally, 71 percent of children and teenagers have a television in their bedroom. Young people now spend far more time on media than they do in school or reading at home. In fact, the use of media is the primary activity for children other than sleep. This problem can be addressed by limiting the amount of time that young people spend using technology, so that when it is used, it can be used in a more effective way, enabling its benefits.

Technology has drastically decreased attention spans for young children and teenagers.  They become easily distracted by the incessant scrolling and uninterrupted access to media at their fingertips.

Media platforms such as YouTube have gained popularity among young children, too. According to the Pew Research Center, 89 percent of parents with a child age five to 11 say their child watches videos on YouTube; 81 percent of children age three to four and 57 percent of those two or younger watch YouTube. These online sites can be a great information resource for children, but can also easily expose them to inappropriate content. An increasing number of parents monitor and control content of interest to their children. My nephew who is eight years old is an avid YouTube and video game user. When I spend time with him, he constantly wants his iPad or Nintendo Switch as a means of entertainment. I have noticed when he is without it, he becomes bored and distracted. Managing young children in social situations is a challenge for parents. Handing them an iPad is an easy and effective way to keep them amused but ultimately this does more harm than good.

Technology has also negatively affected the social skills of children, specifically impacting face to face contact. Many young children now prefer communicating behind a screen. Children who are strongly attached to their electronics can often be withdrawn and develop difficulties interacting with others. Furthermore, children who are preoccupied with their devices often don’t make time for others and lose interest in human interaction with friends and family, which can lead to isolation and ultimately affect their well-being. In addition to a lack of social interaction,children who spend too much time on electronic devices don’t get the opportunity to spend time outdoors or doing physical activity. This has severe impacts on the overall health of young children. In a New York Times article, social psychologist and author Adam Alter, said, “Older kids understand the concept of balance intuitively — they know that it’s important to eat healthy foods alongside candy and dessert, and the same is true of the ’empty calories’ that come from spending too much time passively gazing at screens. There’s a time for screens, but not at the expense of time for physical activity and connecting with real people in real time.”

Additionally, the use of technology can negatively impact academic performance. Young students can often spend too much time on their devices instead of completing homework assignments or preparing for testing.

Despite these drawbacks, technology can also have positive effects on young children. It can be used as an educational tool that furthers child development. The internet provides endless information, resources and opportunities to satisfy curiosity. Children today have a unique opportunity to absorb unlimited information. In this digital era, the skills needed to use technology have become a necessity. Technology used in moderation and in the right way is a great resource and tool for learning.