Students react to self-defense law and verdict of Kyle Rittenhouse 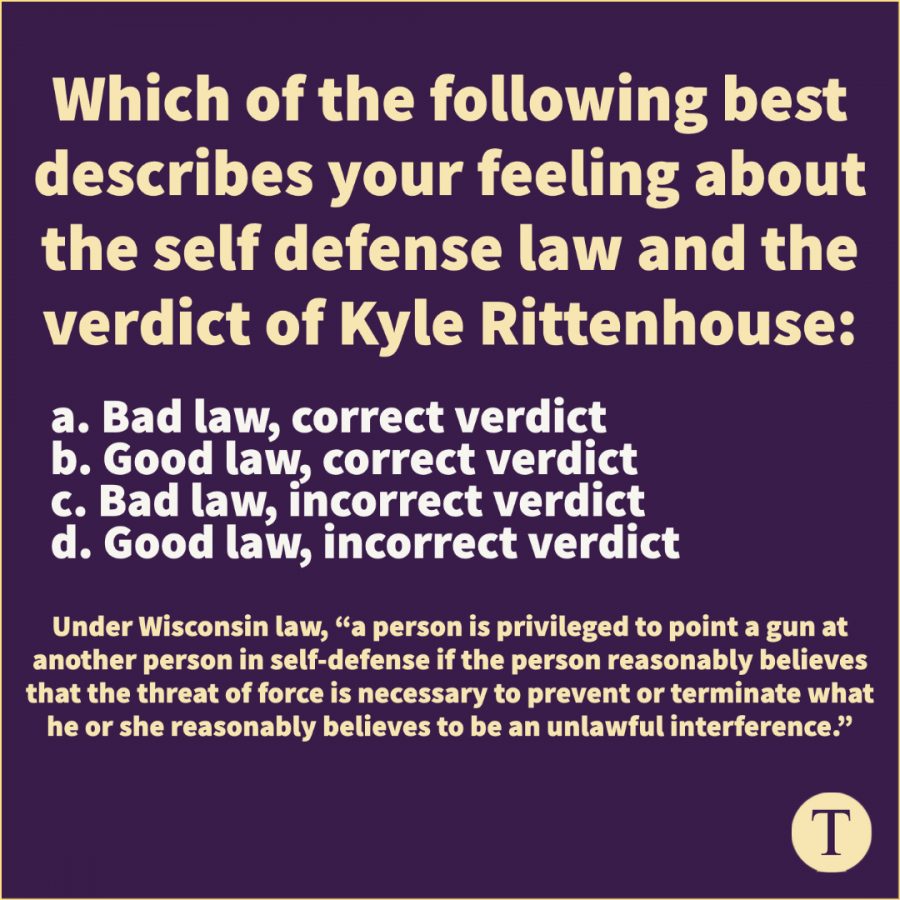 Masters students shared their beliefs regarding the Wisconsin self-defense law and if it was properly applied to the verdict of Kyle Rittenhouse. The 17-year-old shot and killed two people and injured a third during a Black Lives Matter protest on Aug. 25, 2021 in Kenosha, Wis., and was found not guilty on all five counts.

Lanes and Israel both agreed that Rittenhouse acted reasonably in self-defense. They said that the actions displayed by Joseph Rosenbaum, Anthony Huber, Gage Grosskreutz, and the unknown man were “hostile enough” to cause Rittenhouse to fire his rifle in self-defense.

Burgos disagrees: ““I don’t think that they [Rosenbaum, Huber, Grosskreutz, unknown man] were directly attacking Kyle. They were not shooting and were trying to disarm him. I also don’t think that the [Huber’s] skateboard would have killed Kyle and there was no reason to shoot four times [at Rosenbaum],” she said.

In terms of the self-defense law, Lincoln said that the law is “not specific enough” and people will “interpret it in different ways.” On the other hand, Burgos said, “If you feel like you need to protect yourself, then I think that it should be your right to do so.”

Lanes said that he does not necessarily disagree with the self-defense law, but rather the legality of the open carry. Under Wisconsin law, “minors can carry guns with barrels longer than 16 inches.” He said that there should be conditions or limitations added to the open carry law, for example, “in places where tensions are inherently heightened, like protests.” While Lanes expressed his frustration with the current law, he believes that the verdict completely follows the law as it stands.