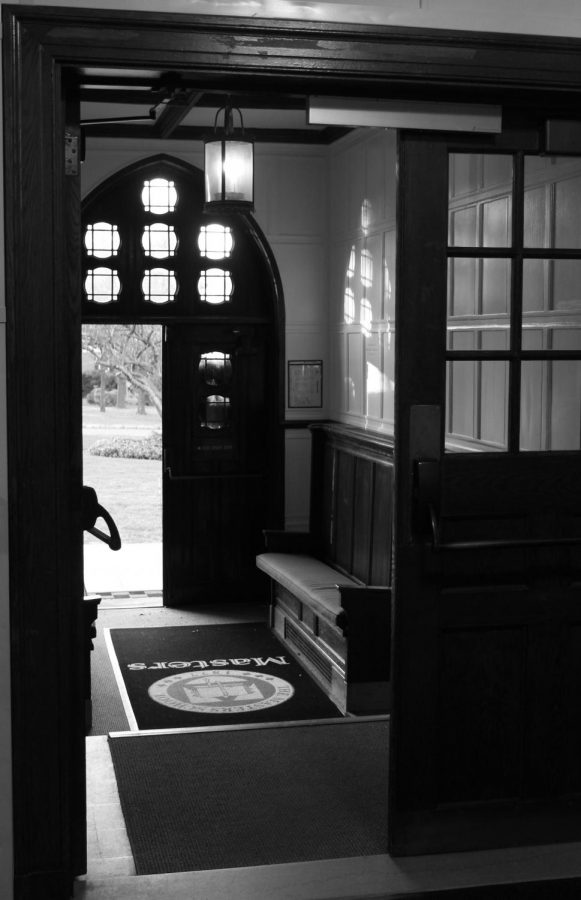 After a ninth grade student made a threat to two students following an altercation in the Davis Cafe, administration decided to separate the student from the School permanently. Many students chose not to attend school for fear of their safety.

On Monday, Dec. 13, a group of students confronted a classmate regarding an offensive Instagram page, which resulted in that student making a physical threat to students on campus. Earlier, during Morning Meeting that same day, Head of School Peter Newcomb had spoken to the Upper School about community standards of kindness and respect, referencing the Instagram account’s offensive language towards fellow students.

The altercation, which took place in the Davis Cafe of the Fonseca Center during lunch, involved multiple students who filmed and ridiculed the student suspected of running the page, according to an email sent later by Head of School Laura Danforth. The student then made a vague threat, slapped a phone out of another student’s hand, and left the building, according to Head of Security Victor Seguinot. A few students attempted to follow the student out and calm him down, but he ended up leaving alone, according to a student present in the cafe at the time. A staff member witnessed the interaction and called security, who then began searching for the student.

“We were concerned with his safety, because we don’t know what state of mind he was in. So just trying to locate him was our key responsibility,” Seguinot said.

A security guard found the individual on the tennis courts. The student then spoke with Newcomb, Dean of Students Jeff Carnevale, and a counselor from the health center. After finding the student, the situation was stabilized very quickly, according to Seguinot.

Information spread very quickly throughout the school because students shared videos and accounts through social media and text messaging, Seguinot said. The security office spent much of the afternoon fielding phone calls from parents.

During fourth and last period classes, administrators announced there would be a short meeting after school to address the situation, citing that the School would continue to follow the strict protocols in place for an incident like this one.

The following day, nearly 20% of Upper School students were absent from classes. There was also an increased security presence on campus for the remainder of the week, in the dining hall and at Morning Meeting. That evening, Danforth sent an email to Masters families informing them that the student involved had been permanently separated from the school and would not be allowed back on campus.

Junior Hannah Raab, who attended school on Tuesday, expressed her concern in returning to campus, like many others, but ultimately decided to attend school for several reasons.

“I mean, I have to have some sort of trust in the administration to keep us safe, which is obviously their goal, so I felt like I had that sense,” she said.

At Wednesday’s Morning Meeting, Danforth spoke about being a power for good in the community. She addressed the actions of the boy who made threats as well as the decisions of the students in the Fonseca Center who confronted him.

Newcomb, the one administrator Tower contacted, declined to comment on the situation.