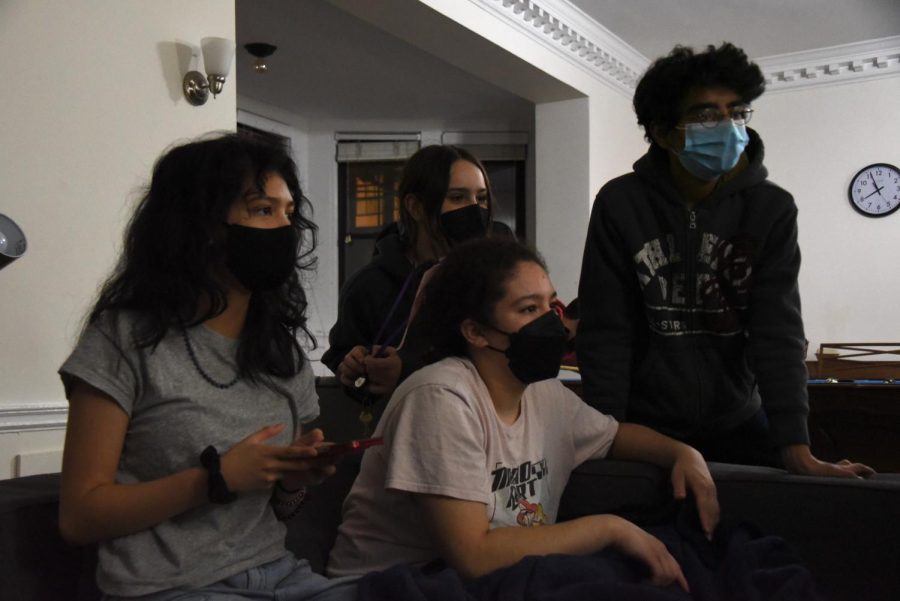 Students spend time together in the common room of their dorm. They are now permitted to visit each other's rooms and enter other dorms.

In light of the Omicron variant and an uptick in Covid cases, the Health Advisory Committee released updated rules for boarding students as they returned to campus this week.

For the week of Jan. 3, boarders could not  use common spaces in the dorms, cannot enter other students’ rooms, must socialize outside, and are only allowed four to a table in the dining hall.

One of the guidelines with which students took issue permitted them from leaving campus, unless in the case of an emergency. This has since been revised to allow students off-campus for essentials, according to Director of Residential Life Jayde Bennet.

“[The reaction] was pretty negative, but I think they’re also pretty understanding. For the most part, folks are following the guidelines,” Bennet said.

The rules are currently only temporary and there is no indication that they will continue indefinitely, but the boarding staff, along with the Health Advisory Committee is continuing to monitor the situation day-to-day.

Update: as of 6 p.m. on Jan. 6, many of the restrictions have been lifted. Students are now allowed to gather in common rooms and kitchens, as well as visit each other’s rooms. As before, masks must still be worn when students are together, except if they are outdoors or eating in the dining hall. When in the dining hall, they must still be four to a table, seated behind plexiglass partitions.