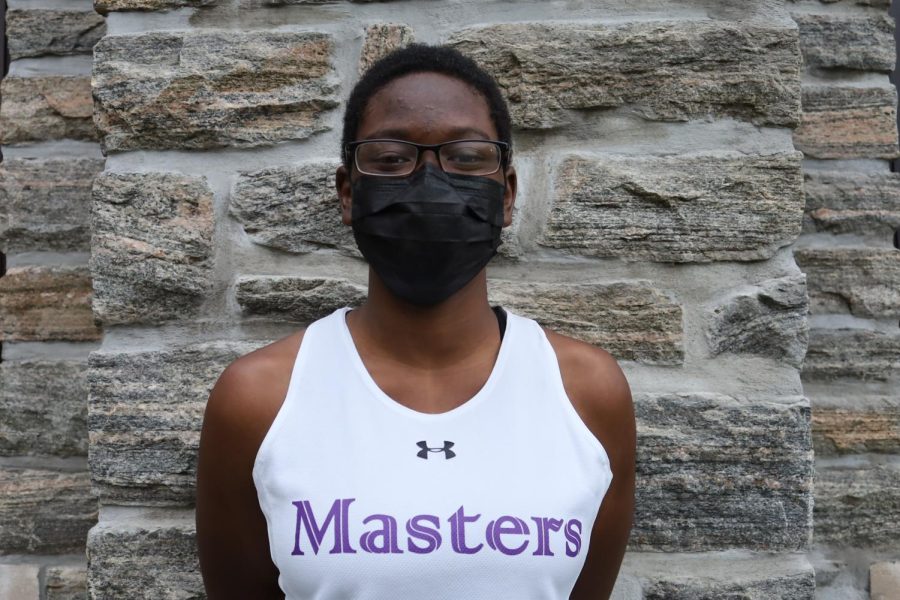 Sarah Christie (above) broke a ten-year school record in the triple jump during a meet on April 9 at Brunswick. She then went on to break her own record two weeks later during a home meet on Greene Family Field on April 23

Sarah Christie, a current ninth grader, recently broke a 10-year standing record in the triple jump during an outdoor track meet on April 2, 2022 then beat her own record within the same month on April 23, 2022. This is Christie’s first year doing both indoor and outdoor track, and she said she has found herself enjoying the sport and its rewards.

Christie said, “The whole experience of track is a love-hate relationship. Even though it’s like I don’t wanna do this, you end up doing it and loving it, and that’s what happened to me.”.

Christie broke the record in the triple jump, which is a similar event to the long jump but requires different techniques. Triple jump is considered to be more technique based while long jump is based more on dexterity and athletic ability.  Christie jumped 27 feet to earn her spot as the new record holder. Before taking on this impressive achievement, she was doubtful of her ability to jump such a far distance.

She said, “During practice it didn’t look promising. My footing was off and I felt like every time I jumped I was gonna fall on my face.”

Christie is normally a sprinter, but with the encouragement of her track coaches, she successfully attempted the triple jump.

Coach Juan Cobos explained the challenge of the move. “There’s a technical component [to triple jump], and you really need to know the mechanics of it. She picked it up really quickly and she broke the school record on her first event ever. And that’s just really cool to see.” Christie is happy to break a school record and plans to keep her name in the record book. She said, “I don’t want anyone else to break my record for at least another 10 years so I need to continue working on it.”

Christie’s ten-year-goal didn’t last long. On April 22, during her most recent track meet she beat her own triple jump record of 27 feet, by jumping 27 ft and six and a half inches.

She said, “I’d like to call it the luck of Masters and the 22ft board, because both times I broke my record at home track meets using the 22ft board the refs made. Either way I’m personally happy that I beat my own record and next time hopefully I hit 30 feet!”