A man is shooting coronavirus cells with a firearm. Since the initial outbreak of coronavirus in the United States, firearm sales have increased at rapid speeds. Ammunition storefronts have been ruled by many states as “essential businesses,” however NY has not specified yet if they are considered essential and therefore should remain open. (Sophie Grand)

A man is shooting coronavirus cells with a firearm. Since the initial outbreak of coronavirus in the United States, firearm sales have increased at rapid speeds. Ammunition storefronts have been ruled by many states as “essential businesses,” however NY has not specified yet if they are considered essential and therefore should remain open.

In the month of March alone – following the domestic emergence of the novel coronavirus – gun sales in the United States skyrocketed as Americans purchased almost two million weapons, according to released FBI statistics. Federal data indicated a 41 percent surge in the number of National Instant Criminal System (NCIS) firearm background checks carried out in the recent month, compared to March of 2019.
A similar anomalous peak in buying firearms has not occurred since January of 2013, when Americans rushed to arm themselves following former-President Barack Obama’s proposed Assault Weapons Ban in the wake of the Sandy Hook shooting.
This rise has enacted feuds between activists on both sides of the spectrum. After 42 states mandated that all non-essential businesses temporarily close, gun rights advocates quickly clapped back, suing states who didn’t categorize firearm storefronts as “essential businesses.” Firearm proponents argued that this public health emergency was not reason enough to impede their second amendment rights.
In fact, on April 17, President Donald Trump used the pandemic as a way to attack the gun control policies in Virginia.
Trump tweeted, “LIBERATE VIRGINIA, and save your great 2nd Amendment. It’s under siege!” The tweet was a clear reference to the five recent measures taken by Democratic governor Ralph Northam including enforcing background checks for all firearm sales and a “red flag” bill which allows authorities to confiscate a gun from people who seem dangerous to themselves or others.
Everytown for Gun Safety, an American nonprofit organization that lobbies towards ending gun violence, developed a petition to President Trump and the Department of Homeland Security condemning the categorization of gun stores as essential businesses.
Junior Samantha New works closely with Everytown as the founder and co-president of Masters’ Students Demand Action club. New signed the petition, and urges others to as well.
New said, “There is no need to have a gun in my opinion right now. People are staying home and isolating themselves.”

Conversely, the National Rifle Association of America (NRA) took the offensive in many states; on April 2, the NRA announced the filing of a lawsuit against NY Governor Andrew Cuomo, the New York State Department of Economic Development and its acting commissioner, president and CEO Eric Gertler.
In the preliminary statement of the lawsuit, the NRA asked the court to declare that the Second Amendment right to bear arms requires that the citizens and residents of New York “be afforded reasonable access to purchase firearms and ammunition.”

On May 14, 2019, the Senate passed legislation declaring it illegal to print, distribute or purchase 3D guns in the state of New York.

The NRA stated in their lawsuit that “Defendants are aware that the Executive Order unreasonably interferes with Second Amendment rights, and could easily correct this defect by classifying firearm retailers as “essential,” yet insist for reasons of apparent political animus that the gun stores remain closed.”
New believes closing these stores is not a violation of the Second Amendment.
New said, “Guns are still made accessible. People are not preventing you from getting a gun. You can even 3D print a gun! There are so many ways to get a gun that don’t involve going to a store, so I don’t see a need to keep individual shops open and create a huge risk for public health.”
Assistant Professor of Social Psychology at Florida State University Paul Conway believes many are buying guns out of fear of violence and chaos.

One reason people like to get guns, especially in times like this, is because they feel like having a gun is personally empowering and gives them more control”

Conway said, “One reason people like to get guns, especially in times like this, is because they feel like having a gun is personally empowering and gives them more control.” He continued, “There is this anxiety and uncertainty that people have. In this circumstance, it makes sense that people are seeking out alternate means to feel like they have more control over their lives, and one way that they can do that is by buying a bunch of guns.”

Some correctional facilities housing large numbers of people with chronic disease and complex medical issues have begun releasing inmates to reduce overcrowding, thus minimizing the damage of a foreseeable coronavirus outbreak. The NRA has mentioned the release of prisoners as a cause for alarm.
Barry Graubart, the Deputy Director for Advocacy in New York State’s sector of Moms Demand Action stated gun sales and gun marketing is done by pitching fear.
Graubart said, “The gun lobby uses every adverse event as a marketing ploy.”
According to Graubart, the combination of the heightened anxiety of being quarantined mixed with the increase of gun sales will result in a rise in the cases of domestic violence.
Graubart said, “Under shelter at home, you’re going to have spouses and domestic partners who may be in a situation where there is domestic violence and they don’t just have the ability to go out. We are seeing across the country increases in domestic violence.” He cited recent local incidents in Mt. Vernon and North Salem.
However, Conway believes the vast majority of people buying guns have no specific plan to use them, and are just seeking a feeling of control. 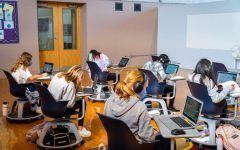 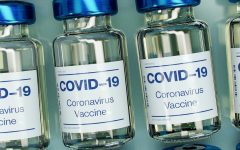 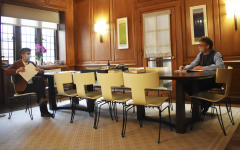 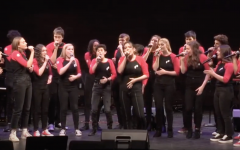 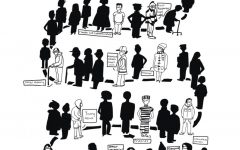 Twists and turns on the road to a Covid vaccine 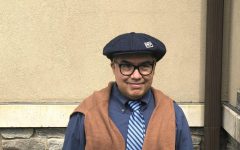 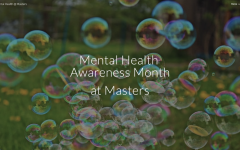 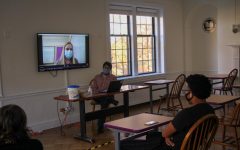 Second wave: moving from online to in person