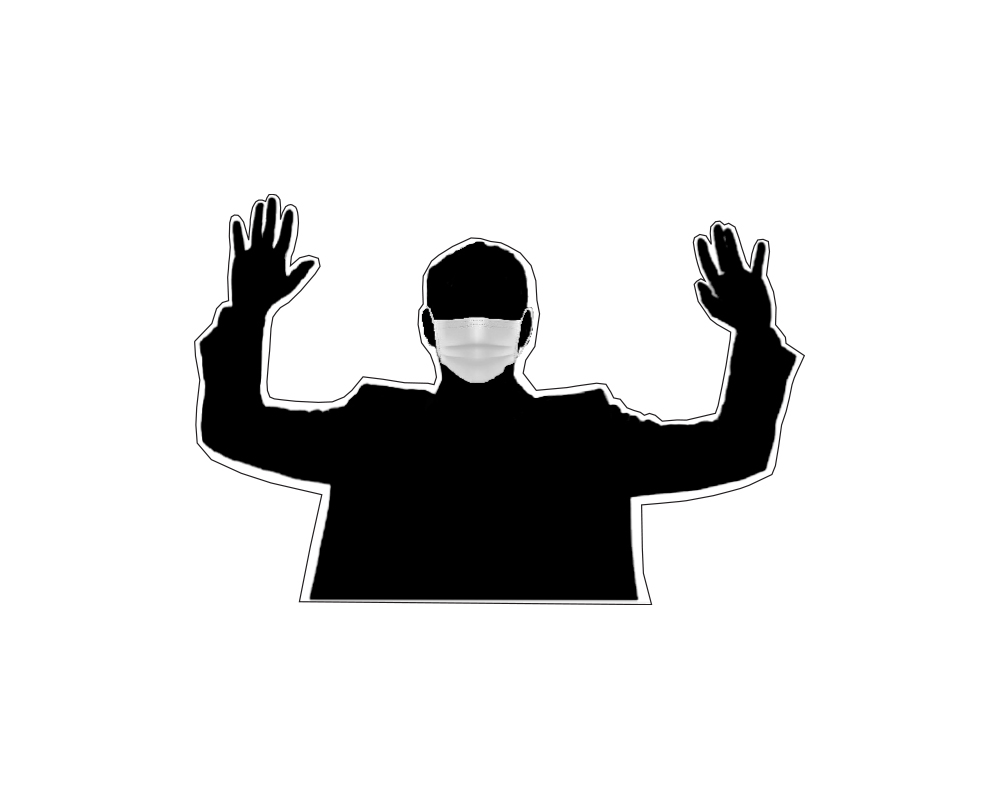 Despite being in the midst of a pandemic ravaging the globe, we still find ourselves watching innocent African Americans tortured and killed by police officers every day. (Photo designed by Sophie Grand/Tower)

Despite being in the midst of a pandemic ravaging the globe, we still find ourselves watching innocent African Americans tortured and killed by police officers every day.

If a pandemic won’t stop police brutality, what will?

There has been a long history of police brutality against black people in America, from shooting unarmed black men, like Greg Gunn in the street or Stephon Clark in his grandmother’s backyard – and most recently the death of George Floyd in Minnesota. During this global pandemic, politicians have called on the American people to come together and do their part to combat the virus. However, not even a disease that has taken the lives of nearly 100,000 people in America has stopped some police officers from abusing their power.

On May 4, housing patrol officer Francisco Garcia threatened Donni Wright, a  33-year-old black man, with a taser, tackled him to the ground, punched him several times, kneeled on his neck, and then proceeded to shout the n-word. This all began after several officers confronted a group of people not wearing face masks on the corner of Avenue D and 9th street. Video caught Wright approaching Garcia before being attacked by the police officer. This incident caused Wright to be hospitalized for severe back, ribs and chest injuries. Garcia has been named in seven civil lawsuits since 2015, including allegedly pushing a woman and calling her a “f–king d-ke”, and still continues to work for the NYPD.

While one group of officers from the NYPD were beating and attacking black men in Brooklyn, another group was seen in Lower Manhattan and Williamsburg handing out masks to people who were blatantly defying social distancing guidelines. Yet, these police officers didn’t threaten to taser them, beat them, tackle them or berate them with racial slurs.

In both situations, the civilians involved were not following public health guidelines, but the former group consisted of black people while the latter was mainly white.

In late April, hundreds of people, mainly white people, gathered in the Michigan Capitol building to protest against the recent stay at home orders. Many of these protestors were carrying assault rifles, shouting in the officers’ faces and not wearing masks. The officers, dressed in their normal uniforms, blocked the protestors from storming the House chamber, refusing to engage with them.

But, where was this approach with the Black Lives protestors? During those political demonstrations, police officers have worn full riot gear and carried assault rifles and batons. On July 8, 2016, Arizona police officers used pepper spray and tear gas in a crowd of about 1,000 people. The next day, a rally was held in Baton Rouge and police used “LRAD”, an acoustic device which emits an ear splitting sound to disperse crowds, and threatened to use tear gas. In a video from the incident, officers are seen tackling people to the ground and handcuffing them, while a woman tells the officers that they are on private property, hoping that they would leave.

Why were the Black Lives Matter protesters met with riot gear, assault rifles and tear gas, instead of the calm and respectful attitude that the Michigan protestors were privy to? Why are people who are protesting against the racial discrimation in America treated so poorly and harshly in comparison to people protesting staying home during a pandemic?

This same prejudice has caused the death of innocent black people at the hands of police officers. On Feb. 9 2019, six California policemen killed Willie McCoy, a 20-year-old black man, by firing 55 bullets in 3.5 seconds, while McCoy slept in his car. Yet, Dylann Roof, a 26-year-old white supremacist and mass murderer who was convicted for perpretrating the Charleston Church shooting in 2015, upon his arrest, was allowed to go to Burger King before being taken to jail.

It is 2020 and black people still have to hold their breath when encountering a cop in hopes their name will not end up on the next hashtag.”

It is 2020 and black people are still being punished for the way they look. It is 2020 and  black mothers still pray to God that a police officer won’t use their child’s body as another target practice. It is 2020 and black people still have to hold their breath when encountering a cop in hopes their name will not end up on the next hashtag. The United States has consistently struggled with making progress when it comes to racial justice and it seems as though when one barrier is broken, three others take its place.

My heart broke when I watched George Floyd, 46-year-old black man, lose his life as police officer Derek Chauvin, kneeled on his neck. I saw Floyd, pinned to the pavement, tell the officer, “ I can’t breathe. Please, the knee in my neck.” I watched as Floyd struggled to breathe and bystanders shouted to police to check his pulse. I watched as Floyd stopped moving all together. On May 25, Floyd died and his last recorded words were “They are going to kill me, man.” In an interview with CNN, Floyd’s brother, Philonise Floyd said, “They treated him worse than they treat animals,” and I cried.

There are no words of inspiration or wisdom left. If I encourage protests, I will have to watch videos of people being tear-gassed and beaten, but still, if I tell them to remain idle, I will see another article on a black person being killed for being black in the wrong place at the wrong time. If I tell the police they need to hold their officers accountable, they will say they are trying their “best” and implement diversity conferences, as if that ever stopped a cop from taking an innocent black man’s life. I have no more words of encouragement, I’m just tired. I’m so tired. 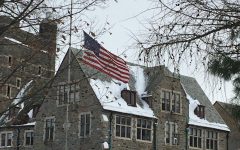 Editorial: Everyone means something to somebody 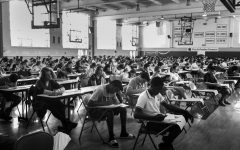 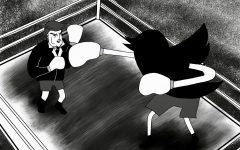 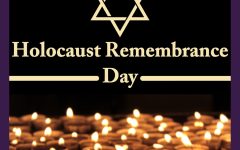 What we can learn from Holocaust Remembrance Day 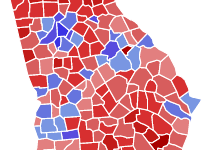 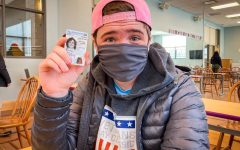 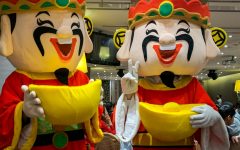 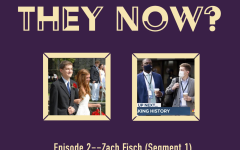 Where Are They Now: Congressional Staffer Fisch recounts experience with Capitol insurrection 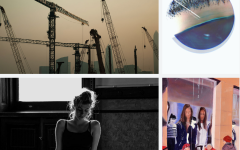 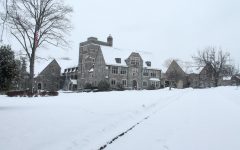 Photo Gallery: Scenes from a snowy campus on Thursday, Feb. 18