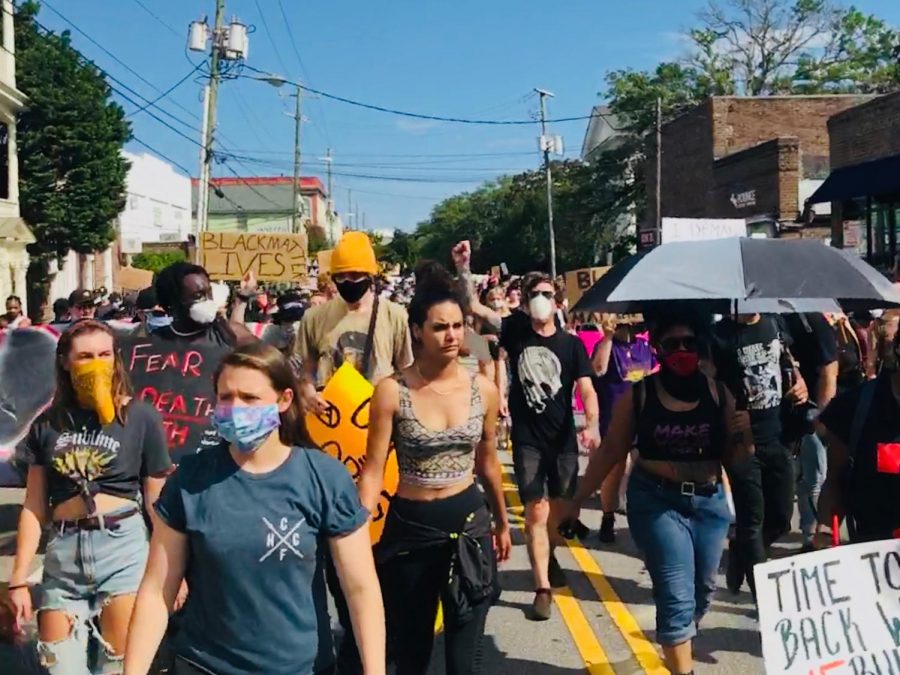 People march in the streets of Charleston, SC at a Black Lives Matter protest on Saturday, May 30. There was a diverse crowd on hand to speak-out after the tragic death of George Floyd on May 25. The protest was peaceful during the day, but in the evening there were reports of looting and standoffs between police and protesters.

The last week of school was coming to an end, but it had been one of the busiest, most stressful weeks of the year. “Virtually” putting together the final issue of my high school newspaper was an unforeseen challenge – my patience had deteriorated and after staring at my screen from dawn until dusk, my vision was blurred and my eyes ached. I just wanted to go to sleep. But instead I turned on the TV.

I had heard about the tragic death of George Floyd – an unarmed black man whose life was taken by four policemen in Minneapolis, MN on Monday, May 25. A few days later, I saw chaos on the TV: the Minneapolis Third Precinct police station was up in flames, protesters hollered as they marched across the city, throwing rocks and bottles at police who responded with tear gas, pepper spray, flash bombs and rubber bullets.

The way Floyd was killed was inhumane, unjust and something that should infuriate everyone. However, I saw more than just anger being expressed by the people in Minneapolis. I saw mayhem. I was horrified, watching individuals among the crowd setting buildings ablaze, destroying a community where families live and people work, and, in my opinion, sadly skewing the message of honoring George Floyd and demanding justice. What was the purpose of their actions? How was this going to accomplish anything? These thoughts raced through my mind as I stared at scenes of terror.

The next night, the news featured scenes of disarray in not just Minneapolis, but Atlanta, Dallas, Los Angeles and other major cities. Things had picked up right where they left off, but the madness had multiplied – police with shields and helmets, bricks shattering windows; cars on fires, crowds pushing and shoving. What I was seeing was not protesting. It was rioting and I still could not see how mass destruction of property was the solution to racial inequality in America.

I stayed up until 2 a.m. watching it all play out, and while I did not support the violent acts I witnessed, I was trying to comprehend it. Additionally, I could not help but notice the role that journalists played in all of it. Friday morning, Omar Jimenez, a black reporter for CNN, and his crew while reporting live were arrested in the streets of Minneapolis despite clearly identifying themselves as members of the media. Later that evening, the bravery of Jimenez and other on-scene reporters, risking their health and safety to tell the story was truly inspirational and although the war-like scenes made me want to turn away, the courage and sense of purpose I heard in their voices kept me engaged throughout the night.

When I woke up on that same Saturday morning it was the first day of summer vacation. Time to relax, go to the beach and spend time with friends – no. I was going to a protest.

Charleston, SC has experienced racial inequality for hundreds of years – from being the largest slave port in America to a 2015 shooting at Emanuel African Methodist Episcopal Church which killed nine people. As more and more cities across the nation started gathering early Saturday afternoon, a Black Lives Matter rally was scheduled for the afternoon in downtown Charleston.

My parents were hesitant to let me go – after taking in scenes of violence for the past few nights, not to mention that we were still in the midst of a global pandemic. Nevertheless, I felt a responsibility as a journalist to better inform myself and others. I needed to get answers to important questions that had not been conveyed thoroughly in the national media’s coverage. What are these people feeling? What is their goal? What is their message?

Donning a mask and a makeshift press pass, I arrived in Marion Square, the gathering point of the protestors, shortly after 3:30 p.m. As we began to march, my heart beat to the tune of cars honking and it was a surreal feeling to hear the name of “George Floyd” echoing down the narrow corridors of the historic city. Black, brown, white – people of every ethnicity – filled the streets, chanting in unison, “Black Lives Matter!… Hands up! Don’t shoot!” Following the line of hundreds of protesters we made our way to the Confederate Museum. Black people scaled the staircases of the building and led chants of  “We are one!” Everyone who I had the chance to talk to brought up the importance of solidarity and peace to ignite reform.

Protesters interviewed in front of Confederate Museum in downtown Charleston 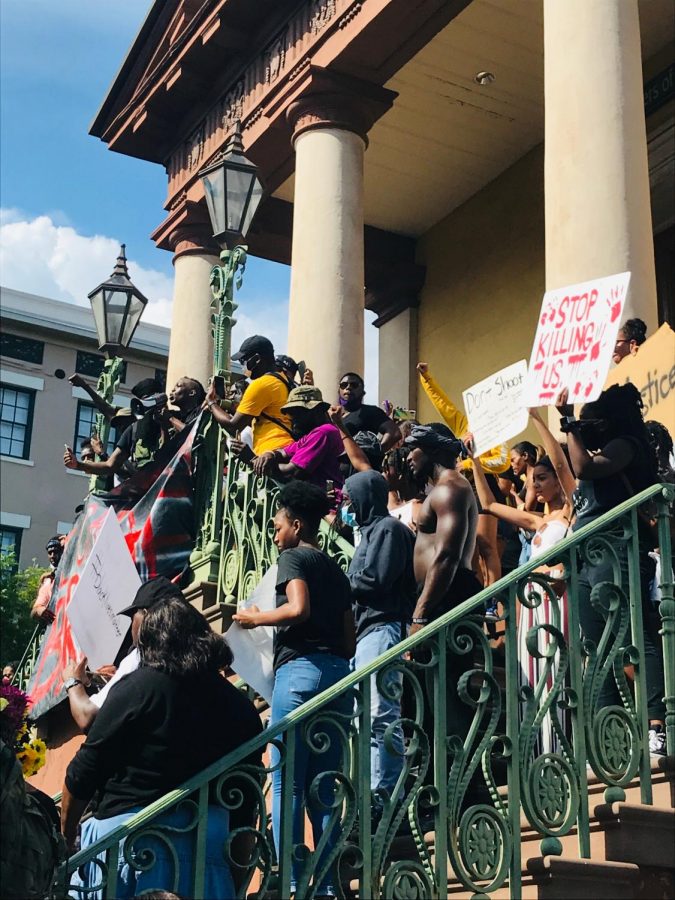 Gallery|3 Photos
Logan Schiciano
Protesters gather at the Confederate Museum where chants of "We are one!" took place.

What I saw at the protest was completely different than anything I had witnessed on my TV screen the nights before. Though the Charleston protest was not as large as those in major U.S. cities, I believed it could serve as an example for others across the country. Unfortunately, that peace only lasted for so long.

Back home that night, it was time for another round of watching the evening news. After what I observed during the day, I hoped that there might be a shift in the demeanor of protestors nationwide. But that is not what the mainstream media was depicting. There was turmoil in Chicago, a warzone in Minneapolis and much of the same in New York.

The lowlight of the night came from Los Angeles shortly after midnight. A split screen depicted a building up in flames on the right, and a shoe store being raided on the left. Was this what our country had come to? People looting on live TV and nothing stopping them? Every major U.S. city in pandemonium. Even Charleston, the peaceful protest which I was so proud to be a part of, turned dark as night fell. Stores that I had walked by earlier in the day were destroyed; a relatively non-eventful march turned into a stand-off between rioters and police. It felt like all progress that had been made earlier in the day had been lost. A sense of profound sadness, deflation, and defeat enveloped me.

It’s unclear who exactly is igniting the violence and looting across the nation. Some, like President Trump, are accusing far-left organizations (he named Antifa a terrorist organization on Sunday), others say it’s white supremacists. Some say it’s people of color who want to make a scene, provoke a response and get on camera. It appears to be a small group out of the whole who’s inciting the violence and it is true that the media tend to focus more on the bad than the good; nevertheless, the destruction is occuring again and again and again.

We can’t control anarchists who riot, what the police officers do to quash the madness. We can’t dictate the media’s priorities – what is broadcast and what is left out. And while Trump’s decision to be silent during a time where leadership is needed more than ever is troubling, his actions are also out of our control. We can only control how we act.

Making false accusations that all cops are bad, rebelling against the law or framing the situation as a war between the police and the rest of America are counterproductive. Violence rarely amounts to positive change. Dr. Martin Luther King Jr. is considered one of the most influential people in American history because he showed that peaceful action could lead to justice. King once said, “Darkness cannot drive out darkness; only light can do that. Hate cannot drive out hate; only love can do that.”

I realize people are beyond angry and have been battling racial injustice for centuries. I could never say I truly feel the pain of a black person because I am not black, but I am a fellow human being who knows there is a fundamental flaw in our society – black people are being murdered in public, on camera, over and over, by “officers of the law” who are not being held accountable – that needs to be resolved.

At this moment, the road ahead in America may seem grim; there is a clear divide between the majority and minority in this country. However, what I experienced in Charleston, during the time I was there, gives me hope. It shows me that if we love one another and stand united we can help change the narrative in this country and work toward the day when there is justice for all.  Let us be witness to peaceful protest. Let us be the leaders of that peaceful movement. 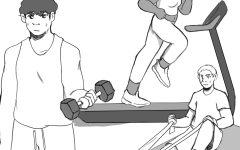 A heavy issue: why weight room should be taken more seriously

I sat in the dining hall with eager eyes watching my eager eyed classmates flood the almost unbreathable, cramped space, reuniting with their friends ... 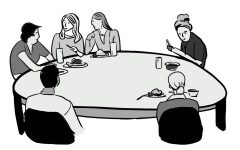 The Choice of Lunches

One day, during the two-period lunch era, my friends texted one another asking: “Which lunch do you have?” The responses: seven “late” and onl... 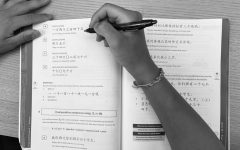 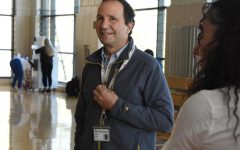 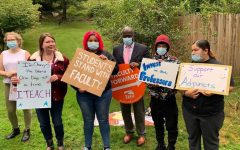 A look into the lives of part-time professors 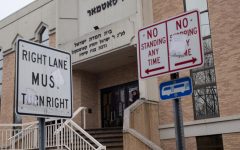