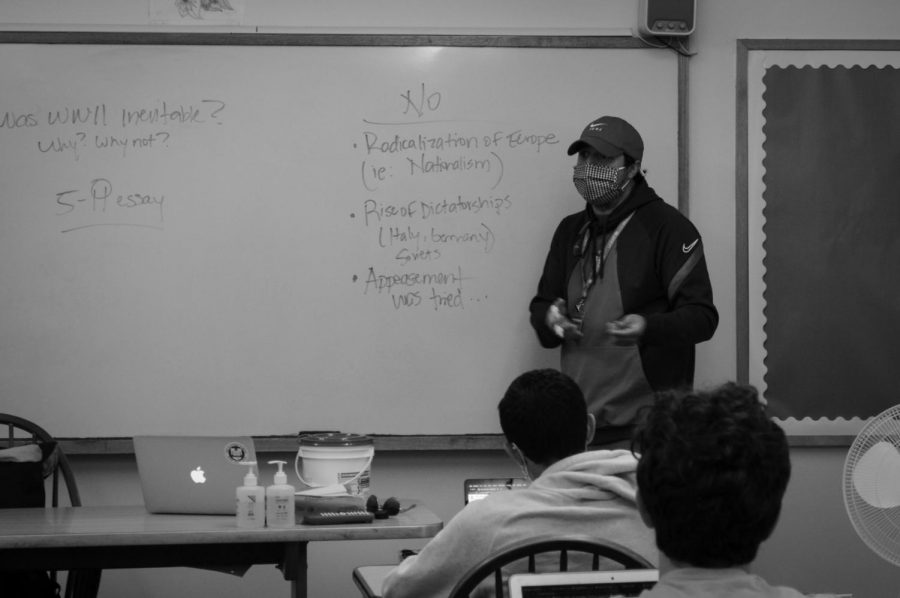 After spending six years (check that) at the Masters School, History teacher and soccer coach, Brendon Barrios has decided to move on to the next chapter in his life. Barrios is moving to Virginia, where he will take on the position of Dean of Students at the Virginia Episcopal School. “It’s a professional opportunity to step into administration but it’s also a personal opportunity to get closer to home and have some help raising our daughter,” said Barrios.

Barrios also brought multiple new courses and clubs to the Masters community, such as, TEDx, International Relations and Security Studies, Debate Team, Model United Nations and Pack the Den. “I was lucky when I got here that the school was really willing to allow me to do whatever I put my mind to. I got to create new courses that the school prides themselves on today.”

Sophomore Luca Lorance who is in Barrios’s advisory said, “If I ever need anything he is always there I can talk to, as a teacher he is always open to conversation and debate, there will never be another teacher as caring as Barrios.”

Not only was he an intricate part of the academic life but also the boarding. He, along with his wife, has been living on campus throughout his time at Masters and has been able to experience a deeper connection with the boarding students, whether that be playing video games or helping them out with homework. “I really just got to see all kinds of aspects of different students rather than just what they were like in my history class and I think that was probably the most rewarding. I’m not sure I would have gotten that opportunity at every other school.”

In the dorms Barrios is known as an approachable dorm parent who students feel comfortable with. Junior proctor Kyle Benson said, “he is more than a dorm parent, he is a part of the brotherhood of the boys dorms, he checks in on us and cares, you feel like you’re talking to another student rather than just a teacher.”

Outside of the classroom and the boarding community Barrios helped lead the Girls Soccer team to success for the 2019 season. Senior Captain Franny Mann said , “Barrios transformed the girls soccer program and his success will not go unnoticed; he was a great leader who will be missed.”