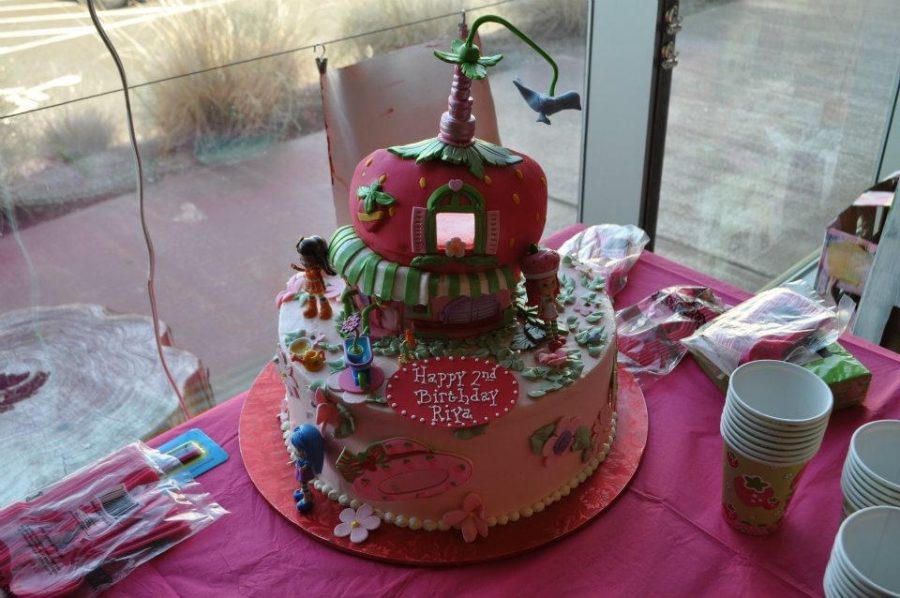 History Of Cakes (and a Recipe!)

A little girl comes home to find balloons scattered around her house, a pink tablecloth with golden swirls printed across the plasticky fabric. Before long, she can smell the scent of burning candles. Her eyes light up, knowing what that means. A beautiful pink cake with flamingos all standing on one leg floods her heart with delight. She hears the sound of singing, the “The Happy Birthday Song,” mixed in with the additional “cha cha cha.”

This is where cakes belong. At celebrations. But why? Why does the wonderful mix of fondant and frosting coat a delicious chocolate cake on this little girl’s birthday? That is where our sugary adventure begins. Let’s pull back the layers of this question and find an answer!

According to most esteemed cake historians, cakes date back to ancient times. The first-ever cakes were completely different from the treats we know today. The ancient cakes were made in a much more bread-like way and were sweetened with lots of honey. Nuts and dried fruits were often added to create a better flavor since otherwise, it would be pretty bland (Though, to be fair, even with the fruit it was bland compared to cakes today).

These “cakes” were used in ancient ceremonies and during birthdays, going back to the ancient Greeks. For the Greeks (and others who were from back then), the cakes would be fashioned into shapes to represent different things. Round and circular cakes represented the cyclical nature of life (which was the reason for birthday cakes being shaped that way), and, more specifically, the sun and moon. They could also be shaped to look just like animals, fancy jewels, or castles and crowns. They would take the cakes they would make and on their birthday, they would sacrifice them to the Greek god Artemis, goddess of the moon, and make them moon-shaped to represent her. They would even make them shine like the moon by adding lit candles (therefore creating birthday candles).

The more modern take on a birthday cake, however, was for children’s birthdays in Germany during the Middle Ages. This was called Kinderfest (which is not the name I was expecting). Each year, the child would receive a cake and one candle for every year of their life, and one extra candle to symbolize the up and coming year.

According to Harold McGee, who was a fanatic cook who wrote the book called, On Food And Cooking, it was in the 19th century that several innovations were made in oil and flour processing, which led to several changes to the American Cakes of that time period. One innovation was to leaven cakes with much less work. Another innovation was the development of specialized cake powder, a soft, low-protein flour that is very finely milled and strongly bleached with chlorine dioxide or chlorine gas. All of these things combined led to the cakes that we know of today.

Still, one question remains. Why are cakes still so big today?

I decided to talk with a woman who knows the cake and pastry industry inside and out: Lisa Maronian, from Sweet Lisa’s Cakes. Maronian has been making cakes for a long time. She majored in business during college and, having not loved the experience, decided,  after having lunch on their campus, to apply to and then attend the Culinary Institute of America. Maronian then worked for a hotel, restaurant, and caterer after culinary school and eventually decided to open Sweet Lisa’s Cakes. She has made cakes for all kinds of occasions, one even being for a divorce party. She said, “Cakes are a centerpiece because they bring a lot of joy and personalization to a party. They are a fun thing to take photos of to remember the event and yummy to eat too!”

At the end of all the research done, I realized that cakes are used for many reasons: Cakes were expensive back in ancient times, so when you ate a cake back then, it would cost a ton to get refined sugar, nuts, dried fruits, and honey. Therefore, when you gave cakes as ceremonial offerings, it was like saying, “You are important.” Today, cakes are a fun thing to eat and design to fit the person or the celebration happening. No matter what, a cake can be created to make a person feel special, and always bring joy.

Now, the next time you eat a slice of cake, remember that cakes represent love, joy and that you are cared for. (don’t let yourself break out in tiers all over your slice, though from all the sweetness!).

Directions: Combine the flours in a mixing bowl. Measure out 7 1/2 cups (950g) and put this in a large work bowl. Combine the thick beer, yeast, and water. Add this to the flour and stir to create a slurry. Cover and let stand overnight until foamy. Combine the salt with the remaining flour, and stir down the slurry. Add the salted flour to the slurry and knead it into a ball of dough on a well-floured work surface. Knead for at least 20 minutes, vigorously striking the dough from time to time with a bat or long rolling pin to break down the gluten. Set aside, cover, and let the dough rise until doubled in bulk. When it is fully risen, knockdown and knead again, breaking it with a bat or rolling pin as before. When the dough is soft and spongy, mold it out into 9 or 10 round loaves (each about 12 ounces or 375 g to allow for water loss during baking). Cover and let the loaves rise in a warm place until they are roughly 6 inches (15 cm) in diameter.

While the loaves are rising, preheat the oven to 400 degrees F (250 degrees C). When the loaves have fully risen, set them on greased pizza sheets and cut a small sign of the cross or some other preferred pattern into the top of each loaf. Set the loaves in the oven and bake for 15 minutes. Then reduce the temperature to 375 degrees F and finish baking the bread for 10 to 20 minutes or until it sounds hollow when tapped on the bottom. Cool on a rack. Do not cut the bread until it is room temperature.