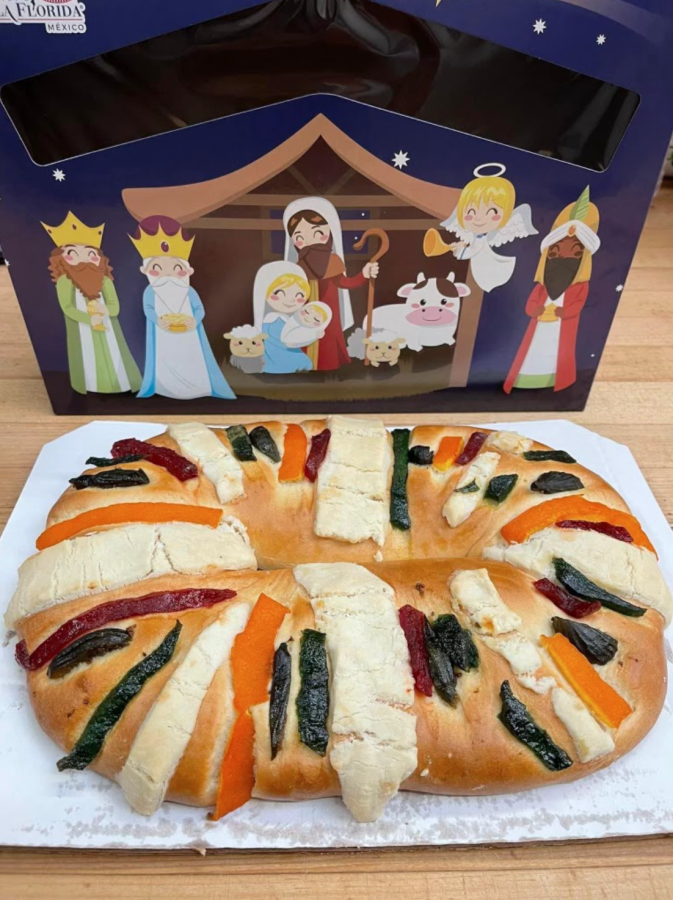 To try la rosca or other Mexican pastries for yourself, I would recommend:

La receta de rosca, as told to me by Lucio (English translation):

“We have a real recipe for that, and the ingredients are flour, egg, butter, sugar, and for flavor, we put cinnamon, anise, vanilla, and orange. Then, the first thing we do is we mix the butter with the sugar, we whisk it well, and then we add some egg. After it’s mixed we add the dry ingredients, which are flour, anise, cinnamon, and salt, and then obviously the vegetables. Then, we add a little bit of water, and we whisk it for about twenty to thirty minutes. And once the dough is made, we put the paste and nuts.

We make ours with pecan and raisins, and not many people do that. For the most part, people make them plain. So we put pecans and raisins, then after, we knead the dough, we cut them into pieces, depending on the size. Then we wait fifteen or so minutes and knead them again,” he tells me, “Then, we give them the form of la rosca. Then, we put egg varnish, candied citron, and red, yellow, and white coloring. Then, of course, we put the dolls [of Baby Jesus] inside.” 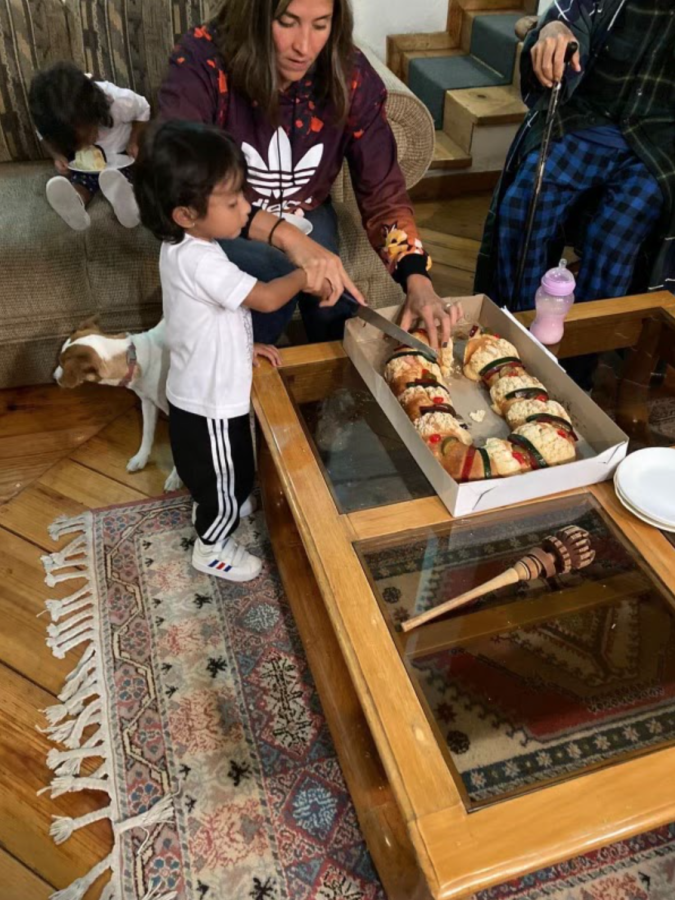 In their house in Mexico City, my mother’s entire extended family sits around their tiny dining room table. The brassy tenor of a mariachi band fills the streets of the largest city in the world; their trumpets, violins and guitars seep into the house through an open window. The room is abuzz with the childish yammerings about gifts and pastries, as mi abuela slices through la rosca, adorned with sugar, striped with jellies, and filled with dried fruit. Everyone is sitting now, chattering, chewing on their bread. As mi abuela bites down, her eyes widen. She feels an arm, then a leg. Frantically, she swallows a plastic baby Jesus.

Confused mutterings are heard from around the table. Who got the Jesus? Who will host la Candelaria this year?

“I bought it from a cheap pastelaría. They must have forgotten to put it in,” my grandmother says.

Every year on the night of the fifth of January, children across Mexico will lay their shoes at their door, release a helium balloon into the air, and cut a round, sugary bread to share with their families. They will wake on the sixth to see that los Tres Reyes Magos, or the three kings, have likely paid them a visit.

“We were always very excited because the kings had come and we had already sent our letters to them requesting the toys that we wanted, and we would put our shoes under the tree, and we would cut la rosca,” my grandmother explains, later clarifying that the shoes were meant to hold hay to feed the wise men’s horses. The next morning, the hay would be replaced with toys left by the three kings. The letter was attached to the string of a balloon.

La Rosca, short for La Rosca de Reyes, or “King’s Wreath” , was always her favorite tradition, she tells me. The family would gather around the table to eat the ring-shaped bread roll, la rosca, as they drank a classic Mexican hot chocolate.
And it’s no wonder la rosca is such a big deal, when Mexico is known for its bread-based pastries, dishes like bolillo and pan dulce. The popularity of La Rosca de Reyes is a reflection of  the role that bread often plays in the diets of Mexican families.

“In Mexico City, especially, there are huge bakeries—like mini-marts of only bread—called panederías (pan being the Spanish word for bread),” my mother explains, “People have a culture of getting bread every day.”

But perhaps what is most interesting about la Rosca de Reyes is the bloody history behind one of the best-known traditions associated with it: The plastic baby Jesus hidden within the dough.

According to the Christian Gospel of Matthew, Herod, the King of Judea ordered the Massacre of Innocents. The Massacre, according to the passage which most scholars regard as folklore, describes Herod’s order to execute all male children in and around Bethlehem in the hopes of finding, and killing baby Jesus. This was a result of the Three Kings refusing Herod’s orders to disclose the location of the newborn Jesus, and the king’s fear of being replaced as king. So, to represent this failed mission and the loyalty of  the Three Kings, Jesus is hidden in the bread, safe from Herod’s power-mad rule.

Lucio, the owner of Del Sol bakery in Ossining, NY explains, “The tradition is that whoever finds Jesus in la rosca, in their piece of bread, has to dress up as Baby Jesus on February 2, which is the day of candlemas, or the Presentation of Jesus in the Temple. He [or she] dresses up in special clothes and goes to mass and is blessed by the Father, then you make food, and that’s the tradition.”

“¡With tamales!” A patron of the shop adds.

The candlemas is a long held tradition filled with beautiful memories of community and togetherness, though my grandmother had swallowed that baby Jesus so long ago solely to avoid hosting it. She would later confide that it is an enormous hassle to be tasked with making tamales for your entire extended family.

I had arrived at Del Sol the night before Three Kings Day to pick up my family’s rosca, where there were stacks and stacks of boxed rosca on the counter. Lucio told me that they start making them on January first, similar to the panaderías he had grown up with.

Speaking to him, as customers walked in and out of the shop, I was overwhelmed by a wave of nostalgia. Smelling the rising dough, the fruit, and those years of tradition, I realized that La Rosca de Reyes smelled a lot like home.