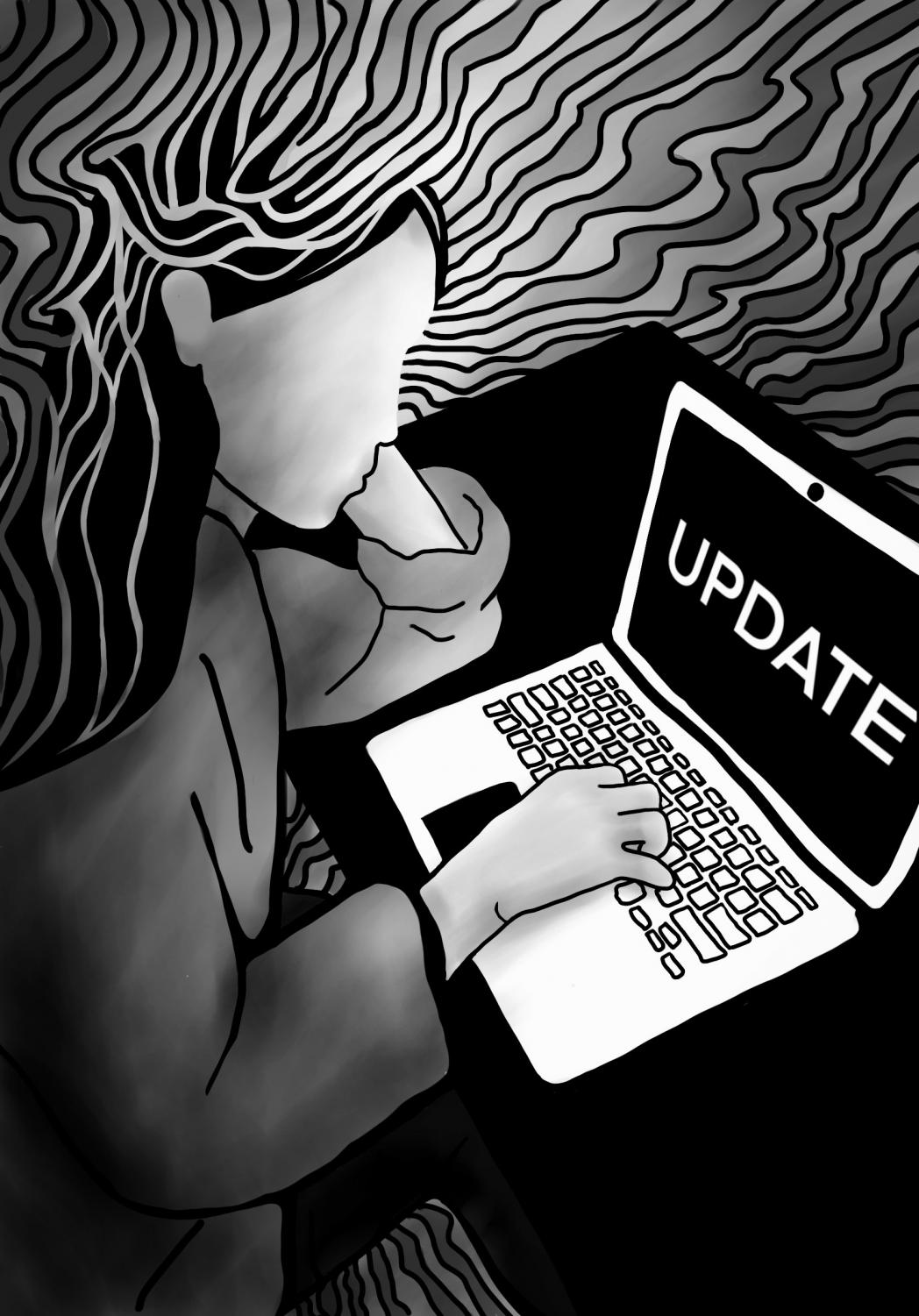 Many students feel that the lack of transparency concerning their grades hurts their overall academic performance. Two students, Tyler Hack and Russell Wohl, argue that each student should be able to view their performance daily. (Ella Tang)

Many students feel that the lack of transparency concerning their grades hurts their overall academic performance. Two students, Tyler Hack and Russell Wohl, argue that each student should be able to view their performance daily.

Pro: Access to grades is a necessity at Masters 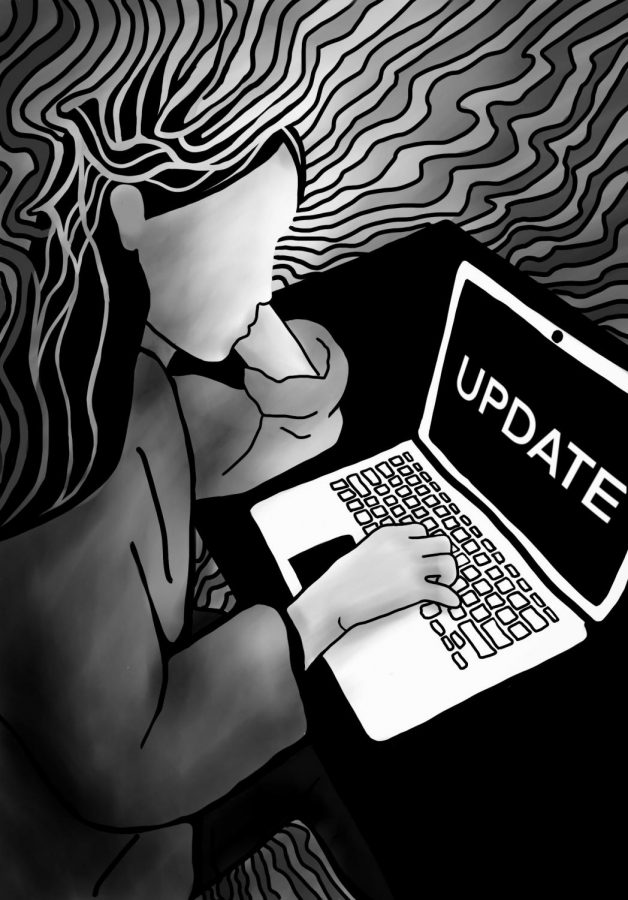 Many students feel that the lack of transparency concerning their grades hurts their overall academic performance. Two students, Tyler Hack and Russell Wohl, argue that each student should be able to view their performance daily.

Receiving cumulative grades just four times a year isn’t enough; Masters students need more transparency. While we shouldn’t be setting unrealistic expectations for grades, we should have a comprehensive understanding as to how (and why) we’re performing well before the final grades are released. Too often, however, students have no idea what their grades will be until the day grades are released at the end of each marking period.

Currently students receive inconsistent information regarding performance and progress which prevents them from being engaged in the overall process. Some teachers do hand out rubrics in the beginning of the year indicating how weighted each assignment is, however others may grade more subjectively.  Students only learn their cumulative grades every semester, and receive an additional progress report each quarter.

The Masters’ website states that,  “At Masters, teachers present students with possibilities and ask them to do the hard work of coming to their own conclusions.” While this may be a winning strategy during the classroom discussions that are Masters’ hallmark, the school seems to take this all too literally when it comes to grades. By giving students too little visibility into how their performance impacts their cumulative grades, students may feel as if it’s up to them to draw their own conclusions prior to the marking period. This is especially a problem in classes where tests aren’t a key determinant of grades. For example, some English classes rarely provide grades on written assignment, which means that many students don’t have a conclusive understanding as to how the feedback they receive translates into a grade.

In a survey of the student body about the grading system, of the 112 students who responded, 58% said the grades they received were “what they expected.” However, in a follow up question, 56% of respondents said they “weren’t satisfied with the information given by their teachers” prior to the release of grades. 89% of students surveyed said Masters should regularly give students access to grades; additionally, 86% expressed that this change would have a “greater impact on their overall performance.” Clearly, a majority of students feel our current system could be improved.

A good first step would be senior Russell Wohl and sophomore Tyler Hack’s proposed “Academic Transparency” bill in Executive Committee, which argues the importance of students having the ability to see assessment grades as well as a status for the classes calculating homework as part of the grade, including turned in and incomplete assignments, and feedback through the LMS gradebook. While not in the proposal, Hack also vocalized that fostering a system where a running grade is regularly accessible to students would improve academic transparency.

He said, “With only four [cumulative] grades in the school year, it is often hard for students to even know how they’re doing.” Should full access to grades be instituted, Hack said,  anxiety could decrease among the student body.

According to the bill, “The Counseling Center reports an average increase in visits towards the end of each quarter. They[the counseling staff] explain that when we have more understanding about our grades, we are able to have more control over our stress, and it would thus be beneficial to have more clarity regarding grading methods.”

While it’s important to recognize the negative impact this new system could have on a student’s stress level, as seeing grades regularly may be intimidating, it would allow students to feel more aware, as they will be given the information to understand how to improve. The Counseling Center also suggested that allowing students access to a system where they could keep track of assignments would provide students with “responsibility over their progress,” emphasizing that the process is more important than any letter on a transcript.

At a school made up of very driven, resilient students, having access to grades regularly throughout the year would do more help than harm; having the ability to spot one’s weaknesses is so crucial to the success of a person way beyond high school, and for the future of our students, it is important that we start developing that skill sooner than later.

Con: Access to grades is more dangerous than it may seem

Seeing grades 24/7 may sound like a blessing; freedom from the constant worries which come when not knowing where one stands. But in reality, this could create more grade and stress related problems than it solves.

In recent months, students at Masters have brought up the idea of being able to see grades at any time, by logging onto a website. Though this may be easier and much faster than waiting for your grades at the end of each quarter, it can become a burden for both students and teachers. Continual access to grades shifts the emphasis from understanding a subject, to the amount of points you got and the final percentages. It creates an environment where students put the numerical value of their work before its true educational value and the meaning behind what they are being taught.

Teachers, already having multiple classes and dozens of students’ work to grade, would now be under the added pressure of logging their students’ grades daily on the website. Because of the 24-hour access to the website, students would be continually checking up on their grades and making sure that all their assignments have been submitted and were graded to their liking. However, should a student see that an assignment was still at zero percent, they would likely begin to stress, thinking that the teacher did not like their work and gave them a bad grade. They might question if they even submitted it, and likely, would email the teacher. Soon after, teacher’s inboxes would be flooded with emails regarding uploading their students’ grades to the website, when they might have just been slightly behind on work.

Finding out grades at the end of each semester is typically a time of high stress and angst for most students, and with over 20% of teens undiagnosed with mental illness’: anxiety, depression It can be an even more difficult time for specific students. Students having the option to constantly see whether they are doing poorly or not in a class and have that reminder that they are not succeeding can have a major negative effect on someone’s mental health. Not only is it just the student who is able to see their grades but their parents as well. Many teens are put under a ton of pressure from their parents to get the perfect grades and go to the “perfect” college. Having them able to see how their child is doing at any moment can heighten tension within a family.

Furthermore, constant access encourages students to seek constant validation through grades, which is unhealthy. A high school student’s life should never completely revolve around school and the grades they are receiving. Their teenage years should consist of being with their friends, exploring new places and learning new things and remembering to enjoy their highschool years.